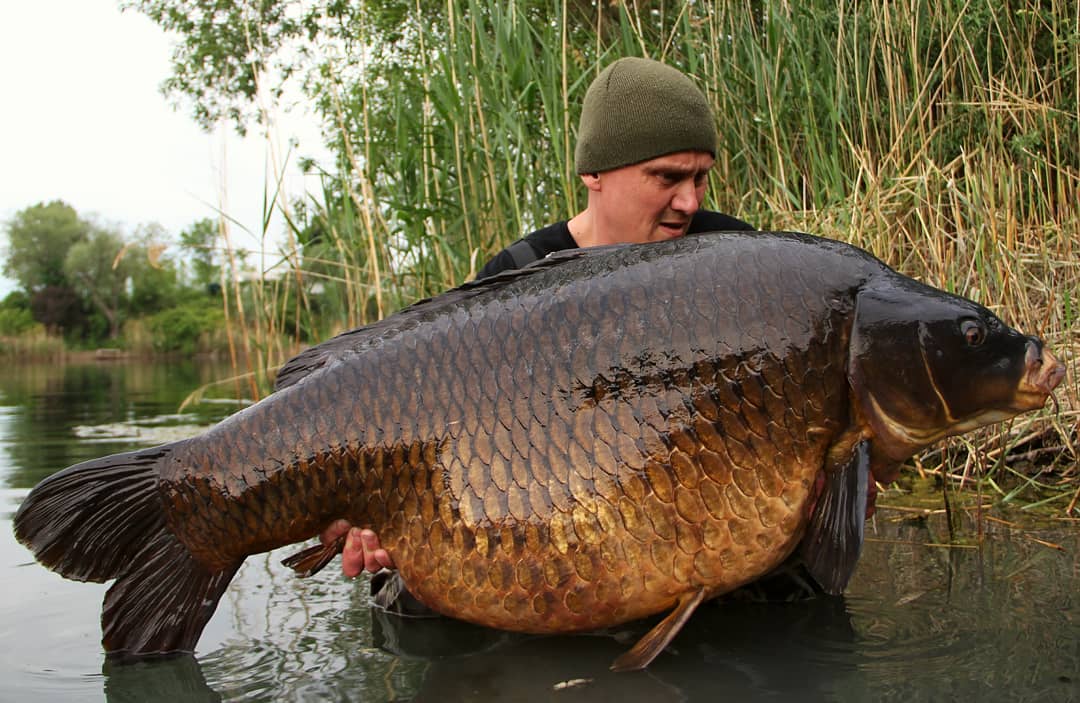 We’ve seen some remarkable fish caught on DNA products this year, but it’s difficult to make a case for any of them being more impressive than this incredible 77lb 10oz (35.2kg) giant common for German consultant, Nermin Caro.

Nermin caught the fish from the same venue that produced him his world record common, Mary at 87lb 3oz, back 2010, and the mighty mirror known as Joe at 80lb 2oz a year later. In fact, Nermin is now the only angler to have caught three different 35kg-plus fish from this hard, pressured German gravel pit.

‘Nerm The Germ’ caught the fish on an 18mm SLK wafter over a small bed of 18mm and 22mm SLK shelf-life boilies.