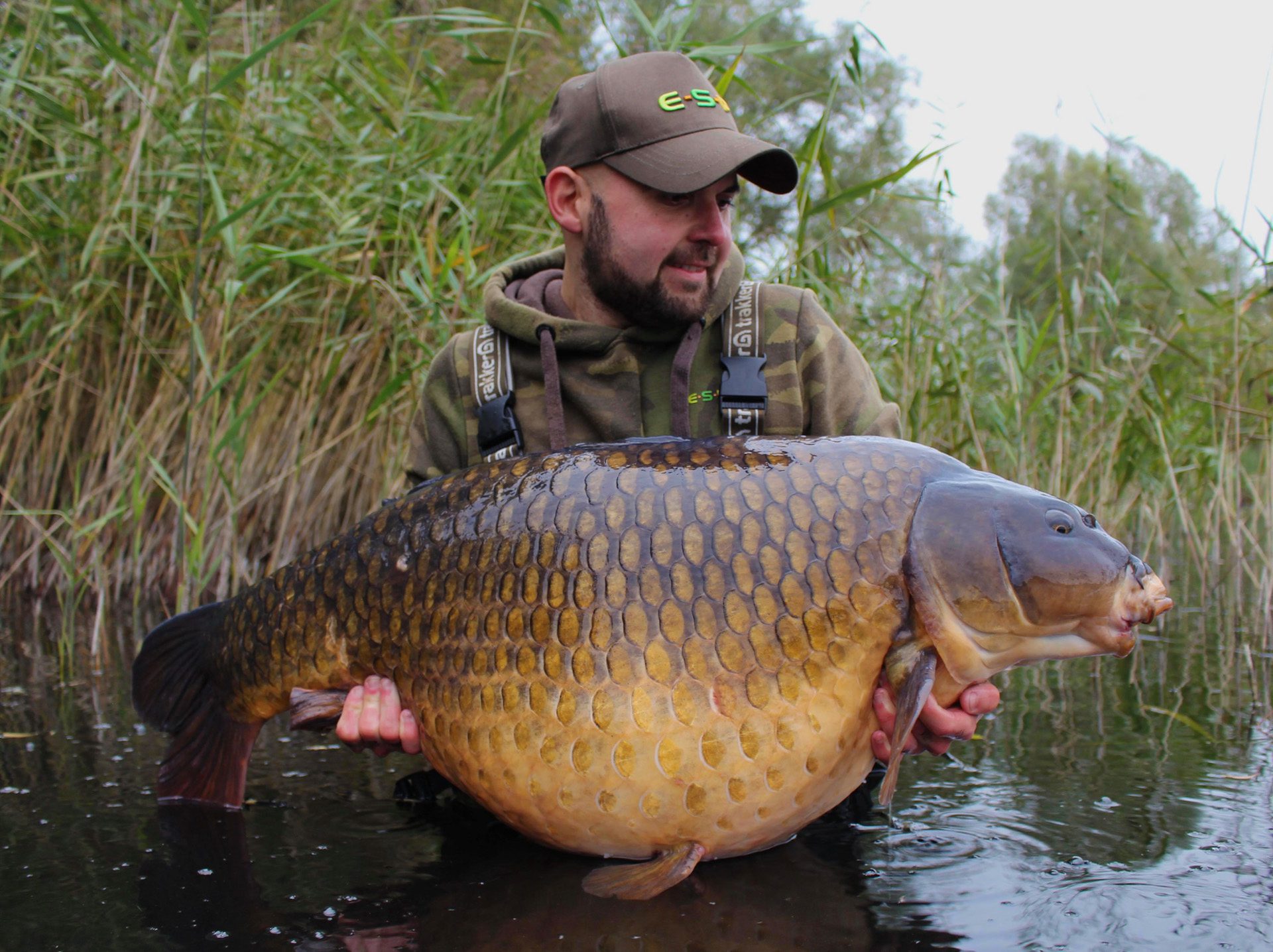 Luke Tomlins has already conceded he is unlikely to catch a fish larger than the 50lb 3oz giant he landed from Bluebell’s Sandmartin Lake.

During his annual social with a couple of friends, Luke bagged the magnificent Tilly on the first morning of his session on the hugely popular Peterborough day-ticket complex.

Speaking about the capture of the giant Sandmartin common, which was also caught by fellow DNA team member Joel Leese back in June, Luke said: “It was an early start for myself and a couple of friends as we headed to Bluebell for our annual social. We arrived at the fishery at 6am and fortunately were first at the gate, giving us the slight upper hand in terms of swim choice. Before the gate opened we discussed tactics and where we would look to fish. We decided to split up and all take a look on different lakes to maximise our chances of getting decent pegs near fish.

“After paying and heading to my chosen lake, which was Sandmartin, I could clearly see it was quieter compared to the other lakes on the complex; this alone made it look very appealing. After having a chat to the lads on the lake who said only three fish had been out in the past few days, I wasn’t hopeful of a bite, but continued my walk around to see if I can spot any signs of fish, which didn’t take long! I entered a small peg on the gravel between two big reed beds and noticed lots of activity, mainly feeding bubbles, before two carp rolled not too far out. Speaking to the lads about it, we all opted for Sandmartin.

“After setting up, I proceeded to find a spot roughly where I saw the fish roll, Whilst leading around, I noticed it was very deep and silty, with some places exceeding 20ft, which I wasn’t too comfortable fishing in due to the high pressure we were experiencing. I was determined to find a more suitable spot. A couple more casts and the lead landed down with a thud, which was far better for presenting a bait. Pulling up the float, the depth read 17ft, which was lovely to see and clearly marked a raise in the lakebed. Spot found, I wrapped up and got some bait over the area. With fish stocks in Sandmartin being low, I opted for a scattering of 50 NuttaS boilies over three small hinged rigs with match-the-hatch 12mm NuttaS pop-ups. Rods and baits now primed, it was time to relax and open a well-earned beer.

“The day was quiet, with very few fish showing. However, come the evening the lake became alive with fish activity all over the place, which boosted confidence massively. After an early start for us all, we were happy to see our beds.

“The next morning, at approximately 6.30, I was awoken by a half-hearted take and lifted into a slow, plodding fish. At first I was unsure how big the fish was. I took my time, as it is a barbless-only rule on Bluebell, gaining line slowly. As the fish neared it started to feel heavy. The head of the fish came up before it dived down and bolted again, stripping 40 yards of line off me as it went. This happened multiple times before it began to tire. I got the net ready and thankfully it slid over the cord at the first attempt. At that point it hit me how big this fish was. I couldn’t believe my eyes! I secured the fish safely and went to wake my friends, who were also in disbelief!

“The needle spun around, settling just over the 50lb mark at 50lb 3oz. I honestly thought I was seeing things. I headed into the water and we got some amazing water shots, before returning what will be probably the biggest fish of my life!” 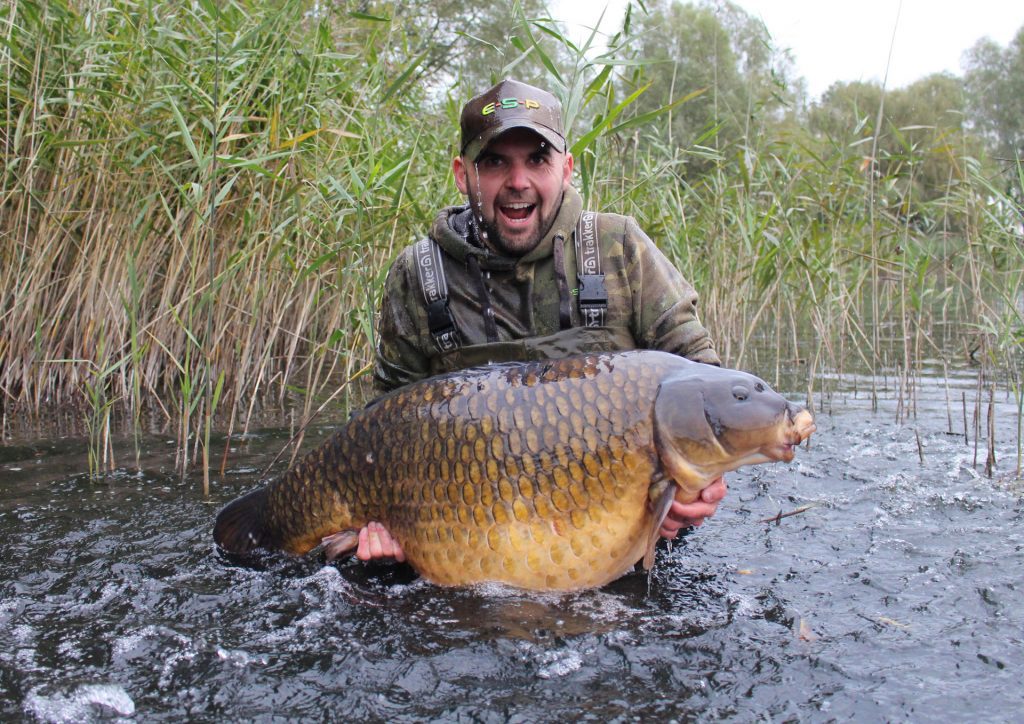