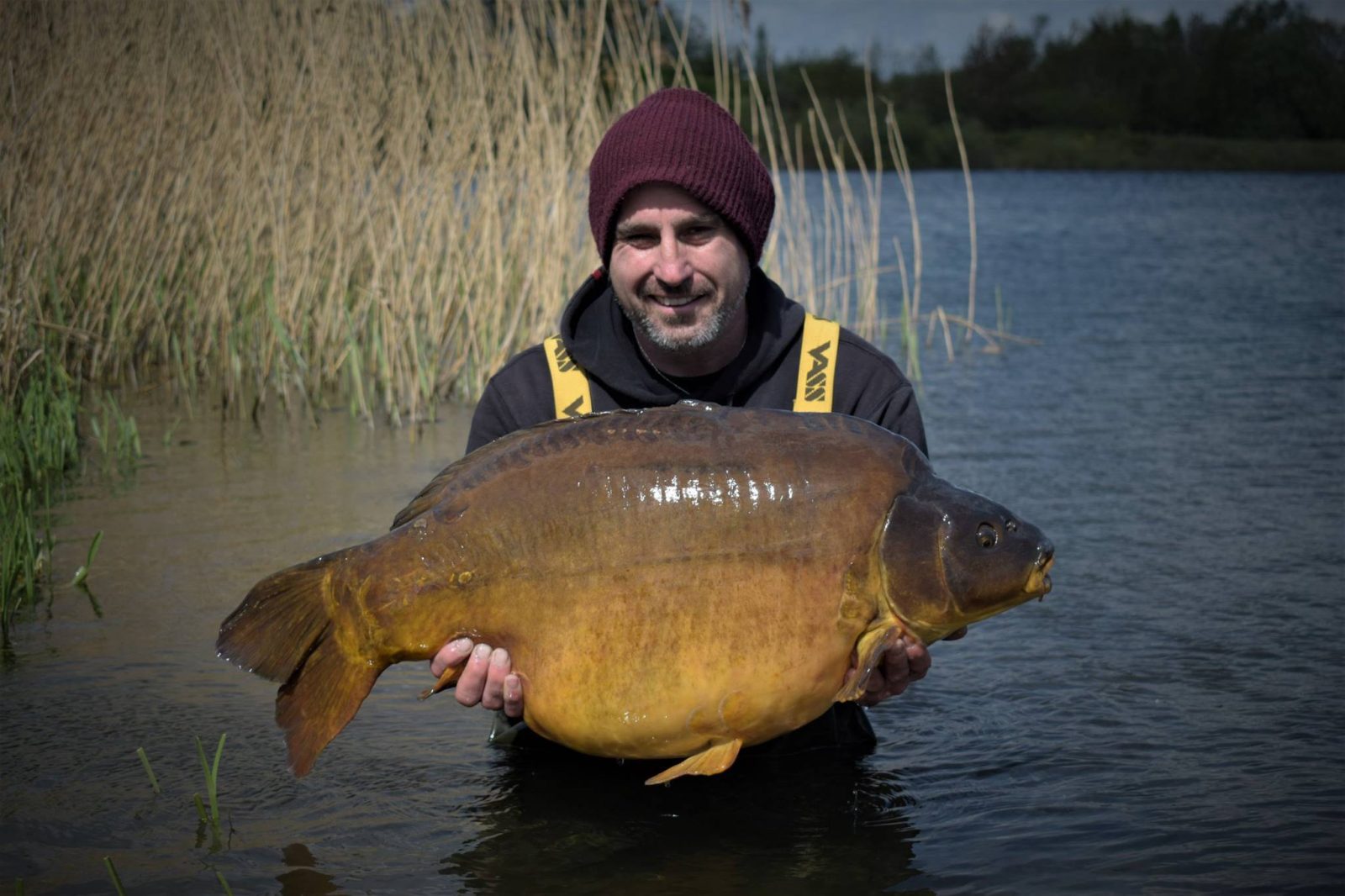 Everyone at DNA would like to pass on our congratulations to Vinny Pritchard, who recently got amongst one of the rarely caught A-teamers on his syndicate water, Girton Pit.

Anyone who has been following Vinny’s efforts on his video blog, Vinny’s Vlog, will know how hard Vinny has been working at his fishing on the Nottinghamshire syndicate water, wading through numerous stockies before he finally struck gold with his new UK personal best, a fish known as Measles at 48lb.

In total, Vinny has done 170 nights on the venue and earned his reward on a single Milky Malt pop-up.

You can watch the video of Vinny’s fish in Part 14 of Vinny’s Vlog here: https://youtu.be/nk0gwLsfiSU