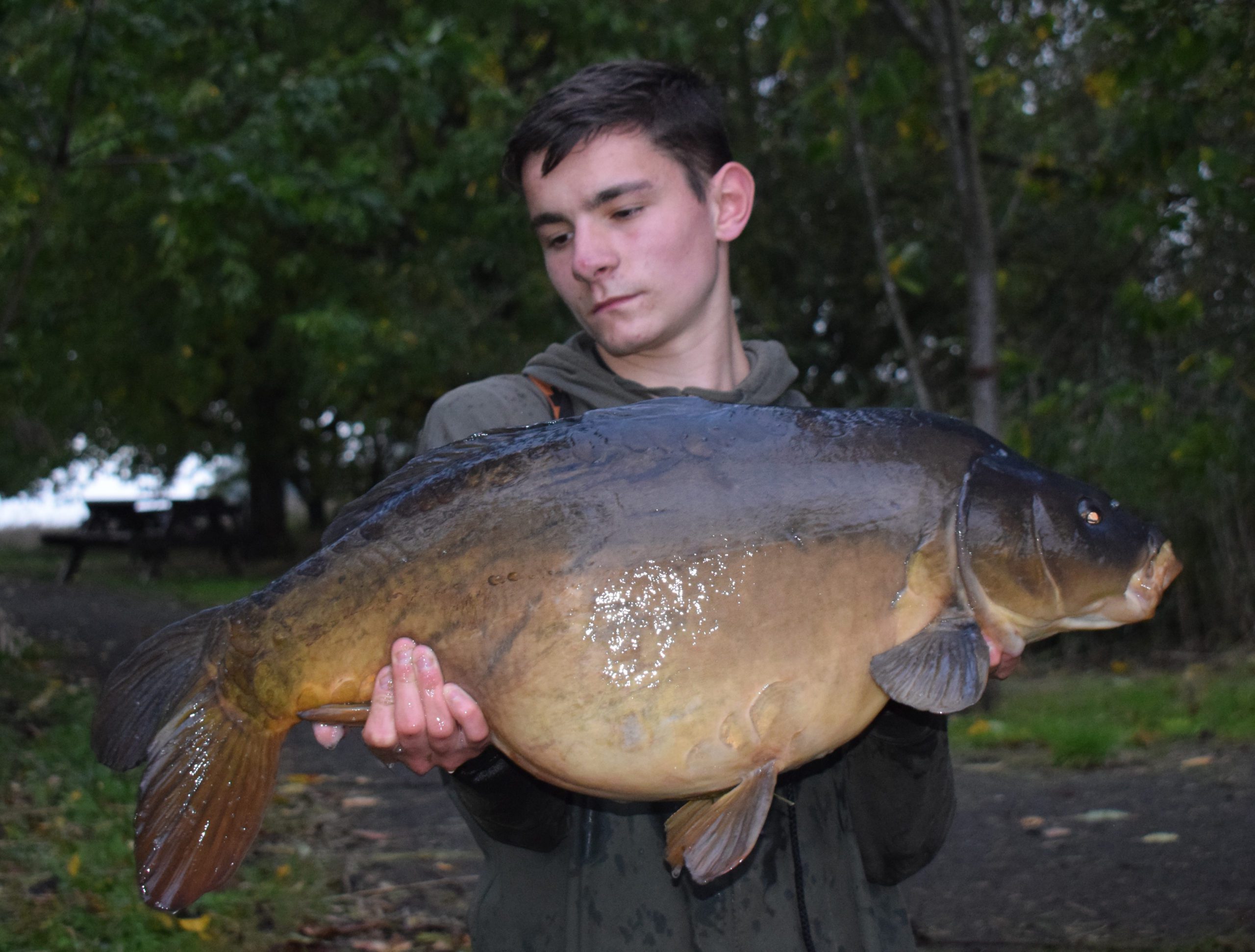 A clever bit of angling saw 19-year-old Harry Poole from Scunthorpe rewarded with one of his target fish from a Lincolnshire pit.

“I had spotted a group of fish feeding in a different part of the lake earlier in the day,” said Harry.

“I followed them around the lake until they began to feed in a small reed-lined peg behind a little island in a tiny gap. I positioned my rig on the clear spot a rod-length out and set up my bivvy. Around an hour had passed before the rod went into meltdown! After a short, tense battle, I slipped the net under one of my target fish, known as Scar Fish.”

An SLK wafter fished amongst a small scattering of SLK was enough to tempt the fish into biting.