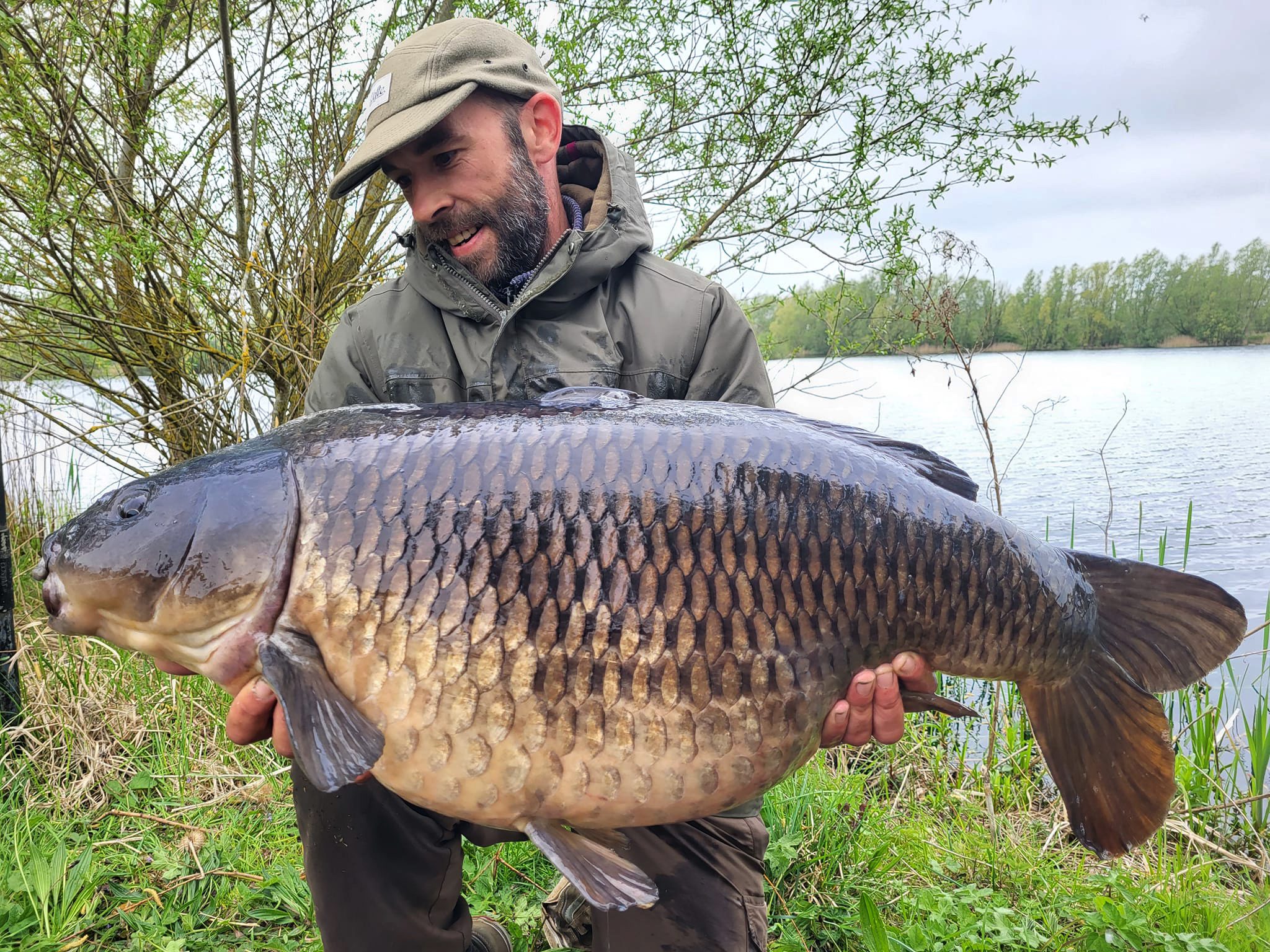 Kai Scales’ good run on the Hope Lake syndicate at Grendon Lakes has continued with the capture of the highly sought-after One Barb, which tipped the scales at 40lb 6oz.

Fresh from his capture of Popeye the week before, Kai returned for another crack and used the same tactic of a single pink 15mm Bug Half Tones pop-up cast to showing fish to great effect.

Kai spotted fished showing much closer in, so quickly recast his hinged stiff rig and didn’t have to wait long before his first Hope Lake forty was in the bag.