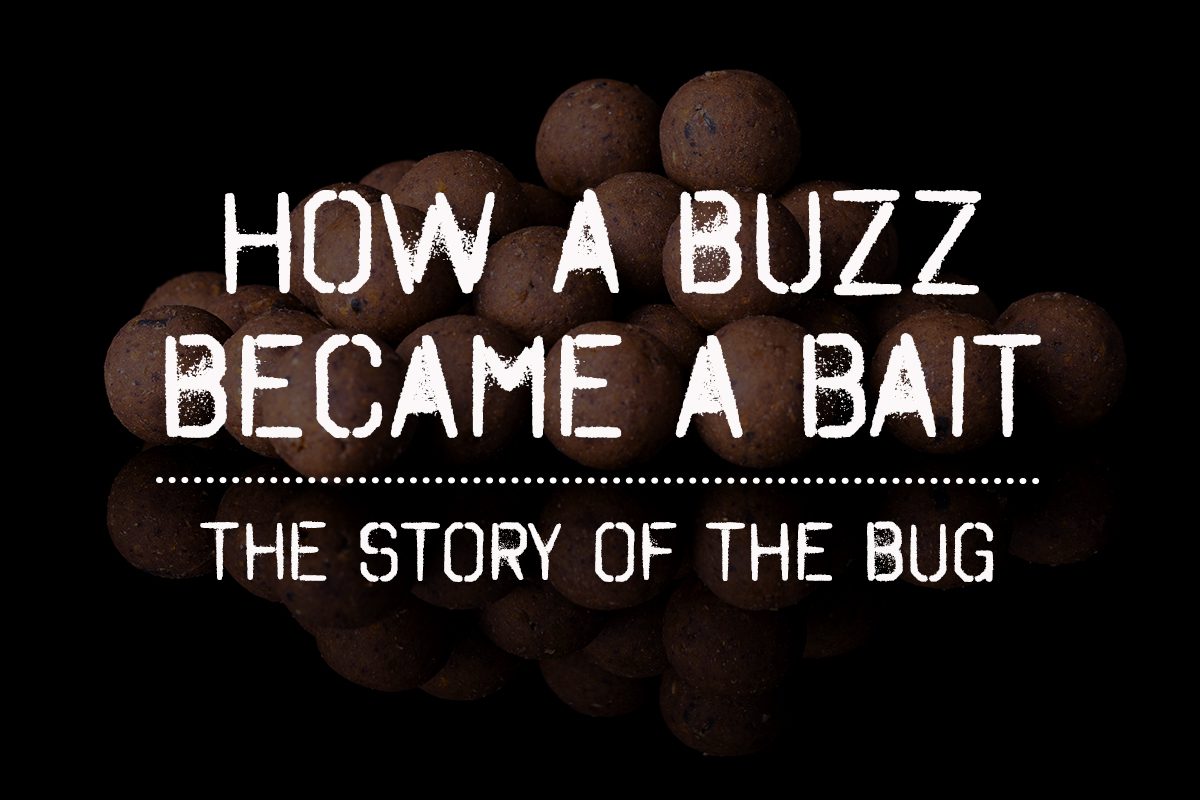 HOW A BUZZ BECAME A BAIT

In 2017, EU legislation finally allowed the use of (PAP) Processed Animal Proteins from insects within aquaculture feed. This was something we had been desperately waiting for, as it opened a whole new world regarding sustainable protein sources that were now able to be used within the bait market. A fact also increasingly relevant with current rocketing fishmeal prices and sustainability issues regarding commercial fishing that we, as a human race, are being forced to address.

Insect proteins like mealworms, crickets, housefly maggot meals and such have been around for years now. Although they were not legally allowed to be used, of course they still were. After all, us bait makers are inquisitive souls, so these meals have probably been finding their way into baits for decades now. So, using insects in bait is certainly not a new thing. The difference regarding their use now is that the more refined meals available, such as the Black Soldier Fly meal used in The Bug, are very usable as a bulk protein source, rather than just as an additive or low-level ingredient as perhaps used in the past. 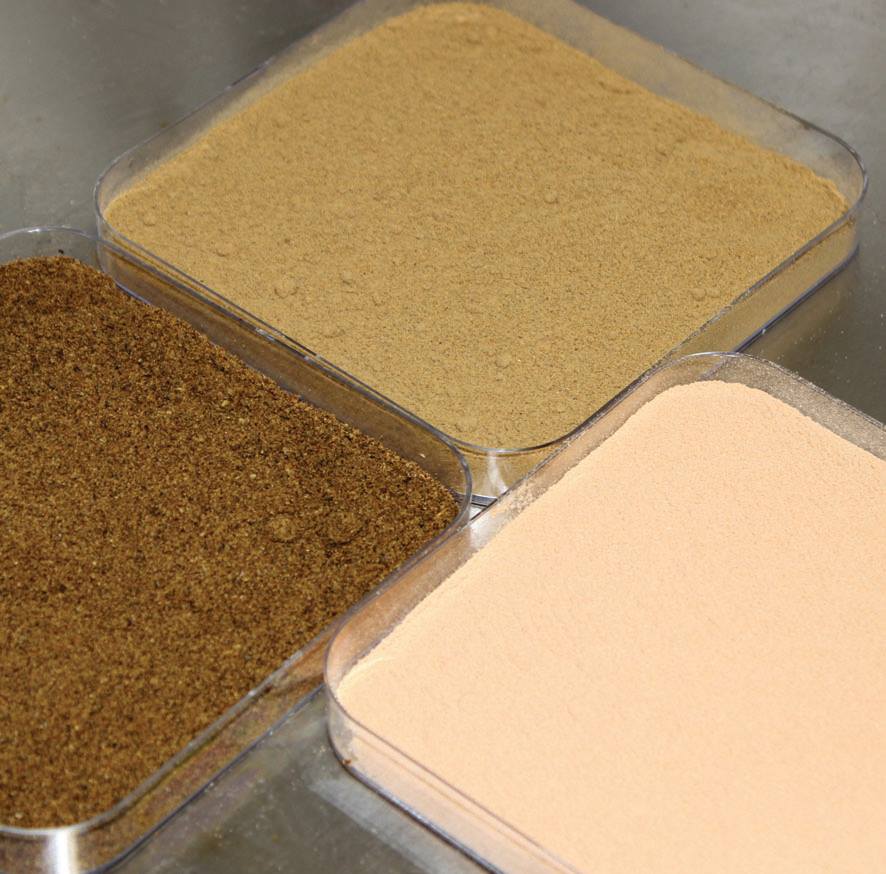 We would not be as naïve to suggest these types of meals will see the end to fishmeals, as there is unlikely to ever be a more efficient product for feeding and growing fish. Yet this choice is slowly but surely being forced out of our hands and ethically it is right to try and use more sustainable products going forward and invest more product development time into creating ‘greener’ products as protein sources. Do not worry, your favourite fishmeals are not going anywhere for the time being, but I am sure you would agree that nobody ever made progress by standing still.

THE DEVELOPMENT OF THE BUG

This brings us to the development of The Bug. The year 2017 saw us begin talks with a Black Soldier Fly meal producer that was producing the high quality of meal we were looking for. Although a relatively new biotech company at the time, their ethics and technical knowledge regarding the meal and its production were commendable and we felt confident we could work with them going forward. 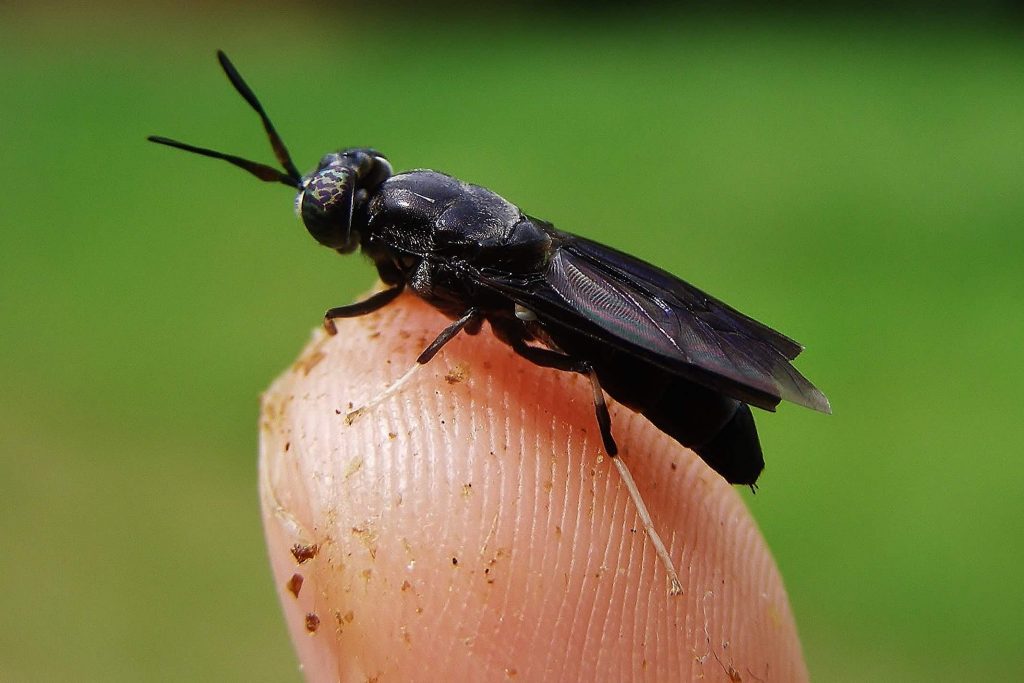 There are quite a few different BSF (Black Solider Fly) meal producers around the world and I do not think it would be an unfair to say they do not all produce the same quality. The standard of the final product comes solely down to the grade and consistency of substrate the larvae are fed on. It would certainly put you off your dinner if we were to list what some of these larvae are being grown on, so we won’t go there for now – but it is nasty!

Our chosen meal producer uses a very consistent substrate made up of spoils from the brewing industry. Through this method, you can control the fat content and protein levels of the finished product. Most insect meals available are high in fat (around 35-40% compared to, say, 10-15% in fishmeal), and although these are quite good fats, they are not quite the right type for aquaculture. This means they have a bit less alpha-linolenic acid (one of the omega 3 acids) as opposed to the more rounded profile of the omega 3s found in fishmeals. This is because of the primarily cereal-based substrate the larvae are fed on. We preferred our meal to be completely defatted, meaning we could control the amount of the nutritionally required omega 3s in the bait by adding oil to the mix at the production stage which, in turn, means we are using a meal higher in protein than others on the market, along with more nutritional fats. Unfortunately, this doesn’t come cheap, though, so although you may not see these meals completely replacing fishmeals in the future, they are certainly becoming a viable alternative. 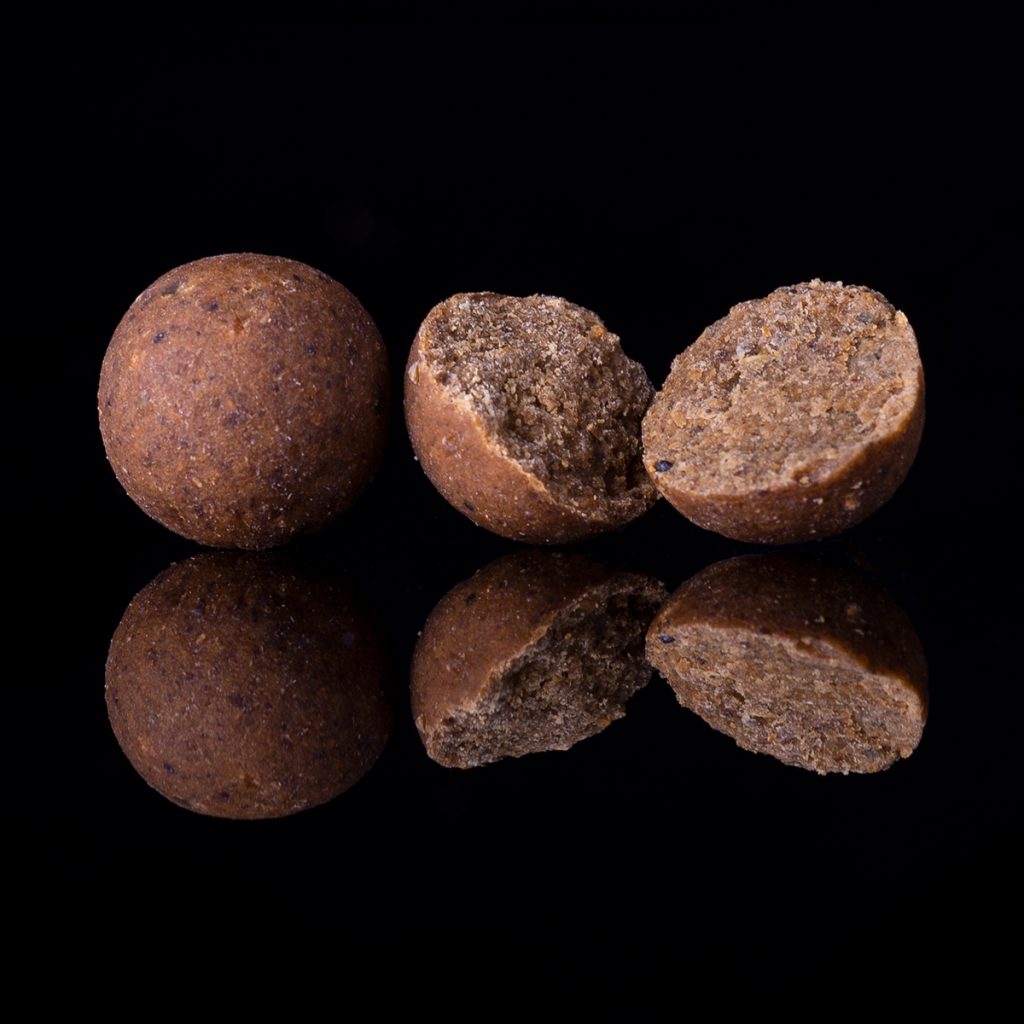 THE REST OF THE BAIT

So, what about the rest of the bait? Alongside the standard but quality functional ingredients that you will find in all our other baits, there are a few special inclusions worth mentioning. The first is both a powdered and liquid version of an extremely high-quality poultry meat hydrolysate. This is completely different to the current poultry liver hydrolysates that are quite widely used now in bait. Although these liver products are very good – indeed, we use them ourselves – these new meat hydrolysates offer a unique savoury taste profile to the bait that the fish are unlikely to have come across before. These hydrolysates are both incredibly soluble, containing almost 0% fat, which gives a fantastic free amino profile, stimulating both olfactory (smell) and gustatory (taste) receptors in all cyprinids. Alongside these, we have a lovely powdered fermented maize hydrolysate that also improves palatability, solubility and adds an incredible taste profile to the bait.

As with all our baits at DNA, we produce them using liquid foods that complement the base mix. This bait is no different, and along with the poultry protein hydrolysate mentioned earlier, we have a combination of a very palatable liquid maize extract and a sustainable microscopic crustacean extract that is high in free amino acids. The latter we have been testing in the bait since formulation began, having first being introduced to the product in 2018 after being contacted directly out of the blue from a Norwegian fishing company who were looking at potential new markets. We had been searching for a more sustainable alternative to the now ubiquitous krill and fish proteins on the market to use as part of the liquid attractor package of this bait, and this fitted the bill perfectly! We certainly haven’t been disappointed in its results, and we feel the combination works incredibly well.

Regarding the flavour profile of the bait, the most common comment from anybody who has been lucky enough to test it is: “Ooh… that doesn’t smell like I thought it would!” Understandable, I guess, for a bait primarily based around an insect meal, but we have smoothed the aroma of the bait out both with a creamy, powdered taste enhancer, along with a unique and proven flavour blend we have successfully used for years. This combination gives the bait an almost creamy, chocolate malt-type of aroma. If you’re brave enough to taste it, you’ll be greeted with a lovely nutty, creamy flavour that certainly isn’t expected.

The bait is unique in that although it is designed using cutting-edge ingredients, it still has that old-school feel to it that we know gives you, the angler, confidence that the carp will love it and, rest assured, they certainly do!