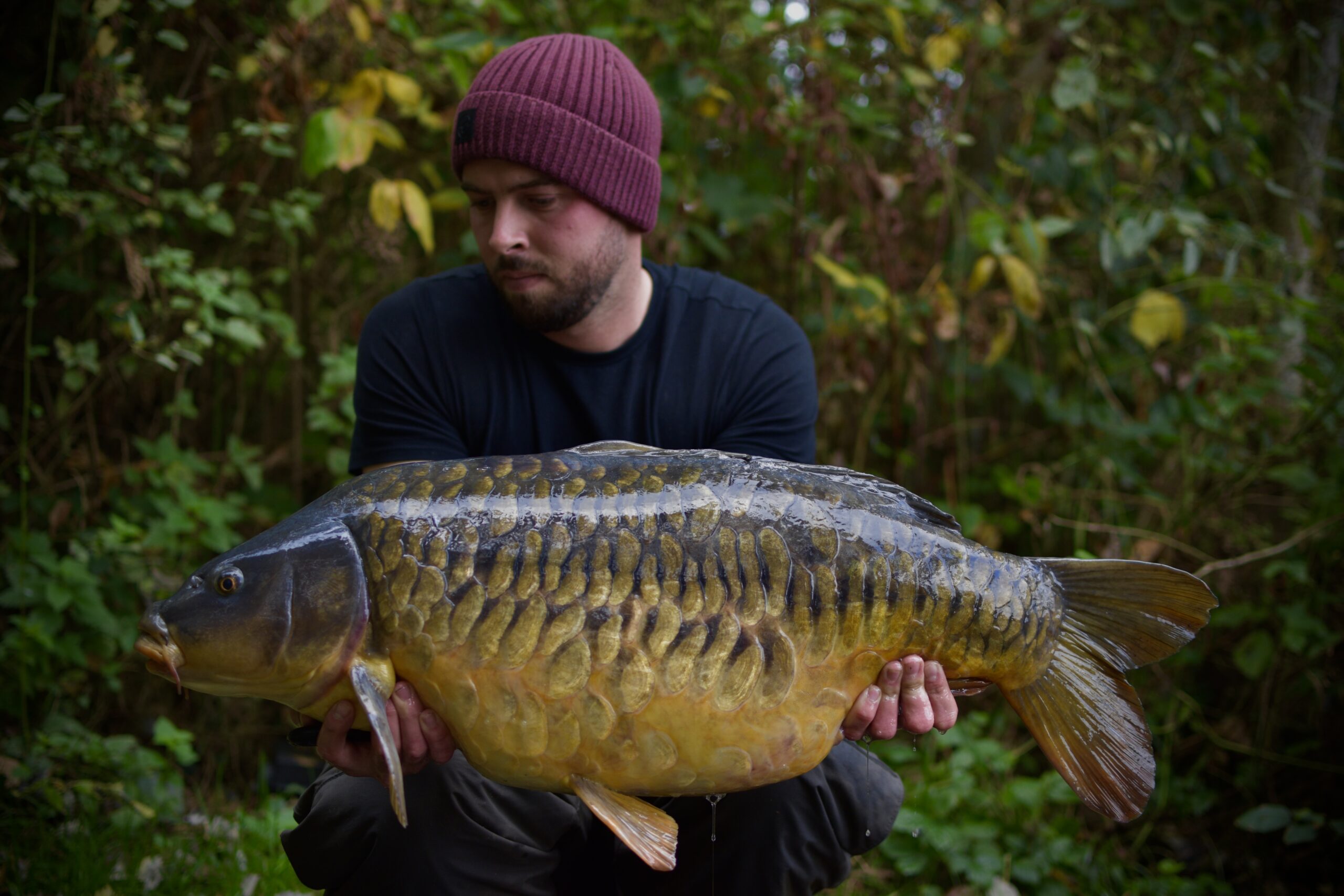 IN THE SWING OF THINGS ON KINGSMEAD

They don’t come much nicer than this 30-pounder tempted by Kyson Lloyd during a recent session on Horton’s Kingsmead 1.

The 29-year-old professional golfer from St Albans, who has had an excellent autumn so far, spotted some shows close in, so had a cast around and found a small, smooth hole in some weed. He then baited the area with a mixture of Bug and SLK chops, hemp and corn and rested it for the remainder of the morning.

By mid-afternoon he was ready to get a rig on the spot, doing so with a spinner baited with a Bug Half Tones pop-up. Just an hour later, the rod was away with this breathtaking mirror 30lb 2oz mirror on the end.

Kyson also backed it up with a 17lb common.