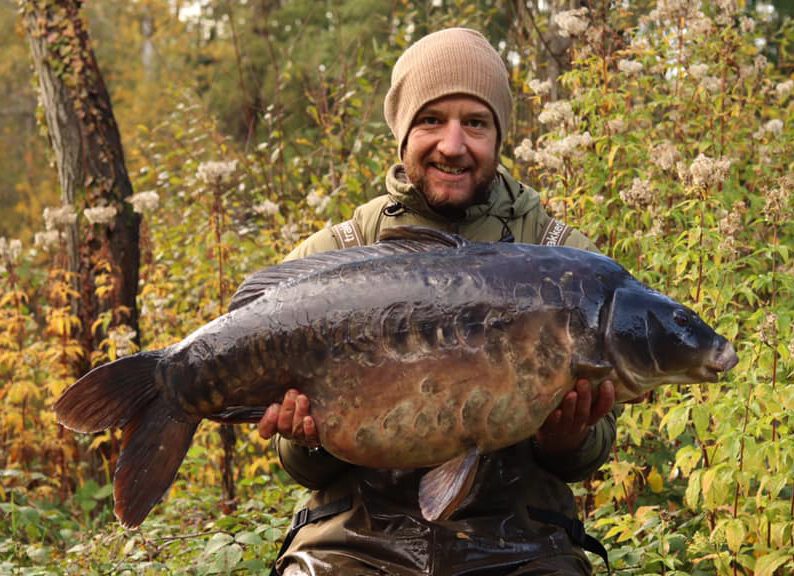 Is this the best-looking carp in Yateley?

Countless nights spent in the rain this autumn with only a few fish to show for his efforts were soon forgotten this weekend, when Leroy Webber landed what could possibly be the best-looking carp in Yateley.

After choosing to move swims on Saturday morning to the bottom end of the famous North Lake where the wind was pushing in, Leroy baited an area with a mixture of whole and chops SLK boilies, maggots and pellets, and cast out a trimmed-down PB pop-up tipped with a cluster of plastic maggots over the top.

At 11.30 the following morning, just as he was halfway through packing up, Leroy received a couple of bleeps on the alarm. The bobbin had pulled up tight, but no line had been taken. Knowing he’d be leaving soon, Leroy decided to hit into it in the hope there was something on the end. There was! Initially suspecting it was tench covered in weed, a slow, ponderous battle was soon over when the magnificent Wedding Fish popped up and slid into Leroy’s net.

Weighing in at 46lb 2oz, it was also a new personal best for Leroy.

“Buzzing is not the word,” said an elated Leroy. 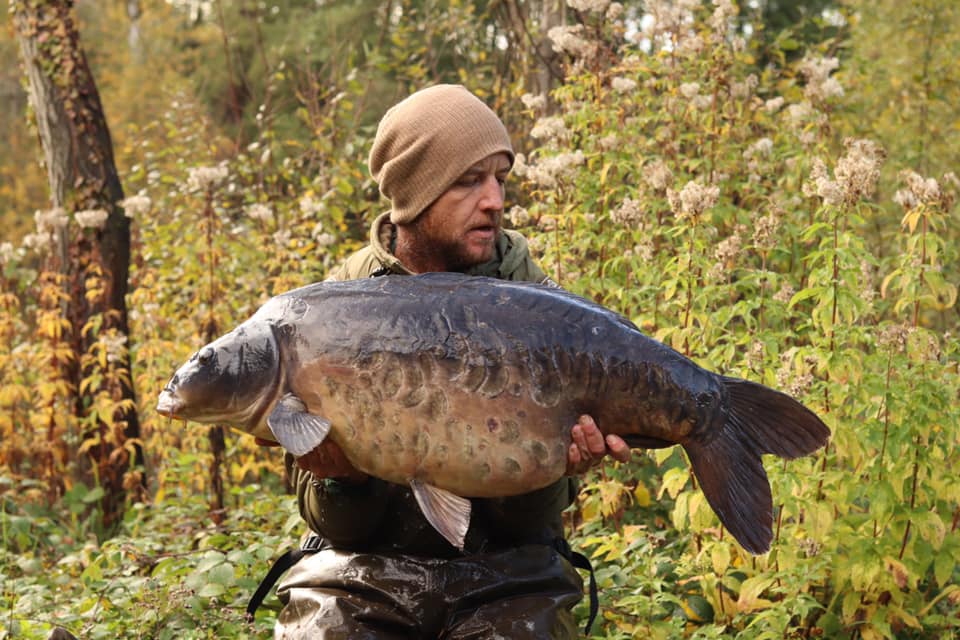