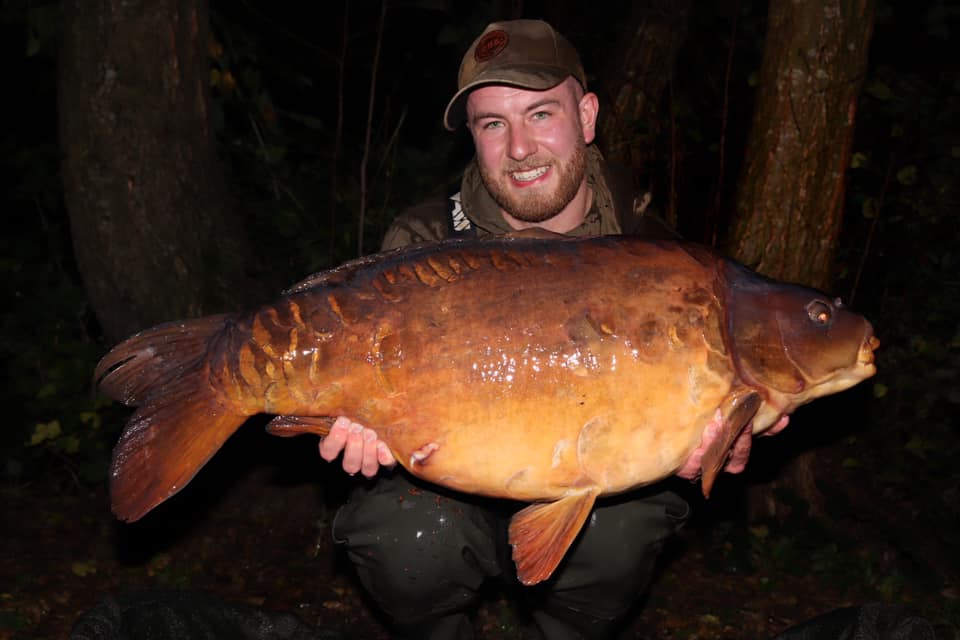 Jack Barber said he can’t fault the results he’s been enjoying on The Bug, after landing two of the jewels in the crown at Waterside Fishery, breaking both his PB mirror and PB common in the process!

Jack was on a social at the Chesham venue when he struck gold by not only landing the Woodcarving at 36lb 6oz to smash his personal best, but also Black Patch at 33lb, to give him a new PB common for good measure!

The Woodcarving gave itself up to a 12mm Bug Half Tones pop-up on a naked chod, which was fished in a silty channel near an island over a handful of 12mm and 15mm Bug freebies.

Black Patch succumbed to a Bug Corker wafter in a conjunction with a bag of Crayfish Mini Mix pellets, which Jack cast to a small patch of fizzing at first light. 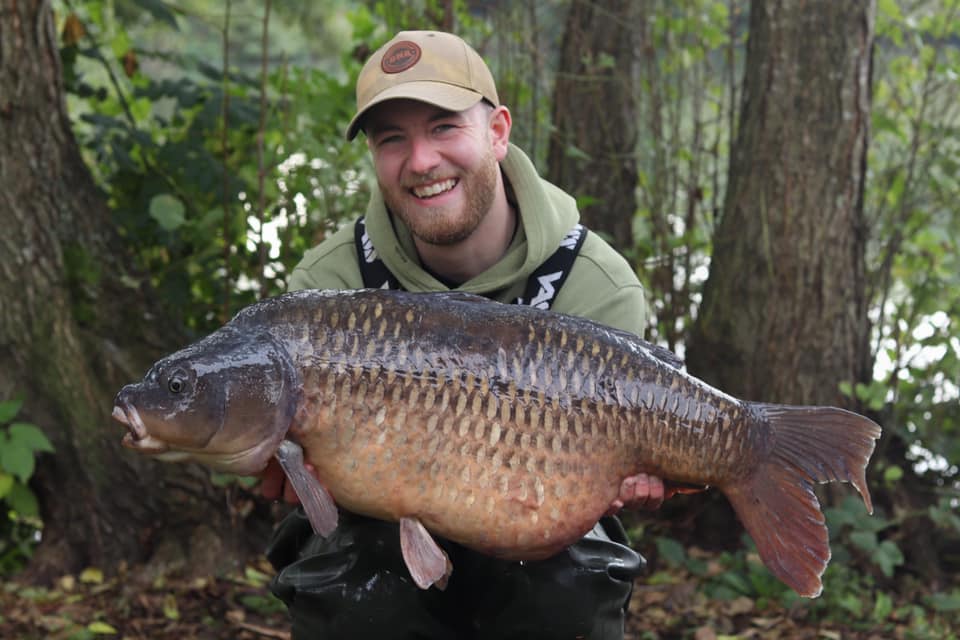 Black Patch at 33lb and the second PB of the trip