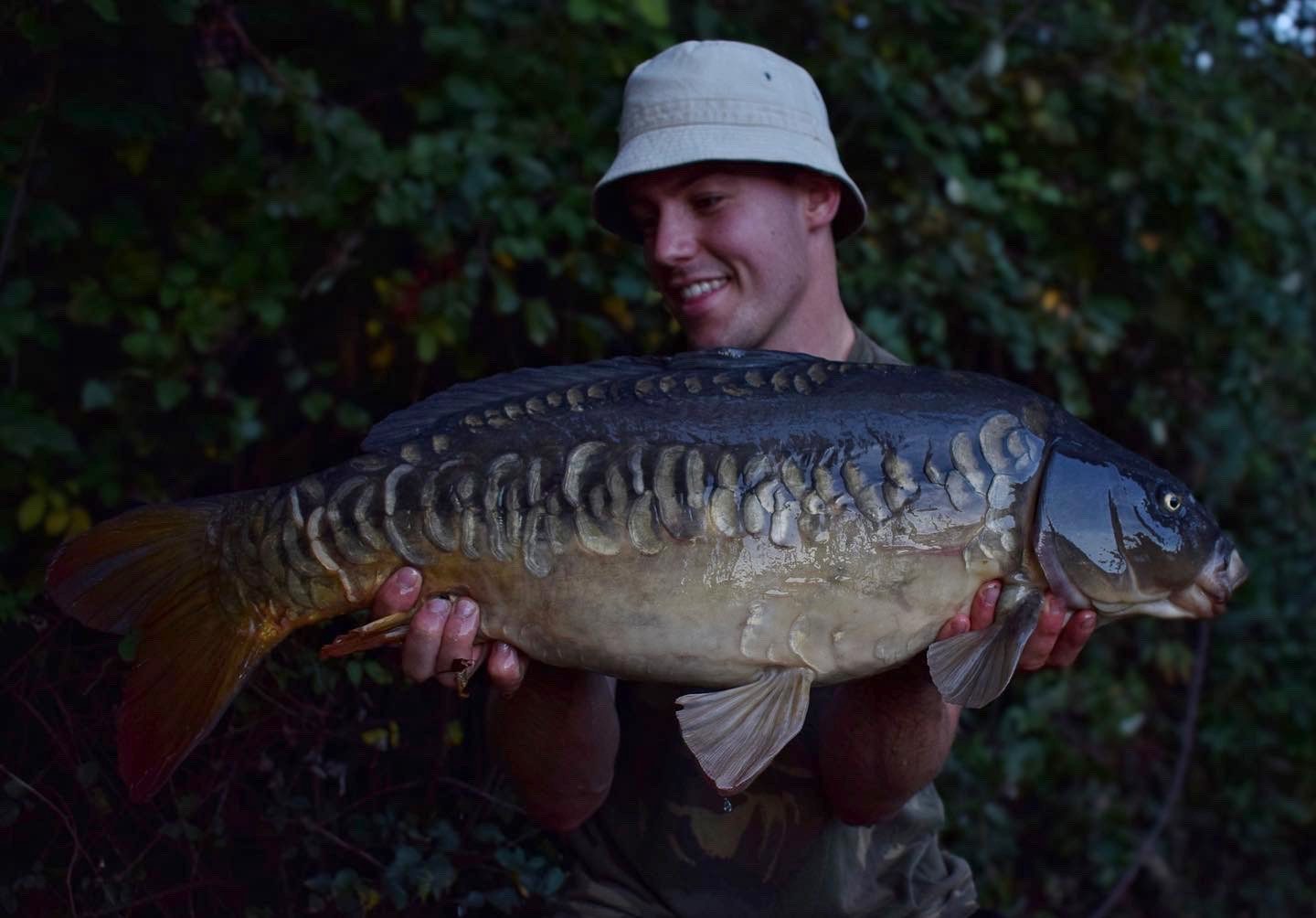 KEEPING THE RUN GOING ON THE BUG

Ollie Goodhew continued his rich vein of form on The Bug, landing a couple of cracking twenties during a social on Lin Brook Carp Fishery.

With just eight bites recorded between eight anglers, Ollie was pleased to get two of them, coming from a beautifully scaled 20lb 2oz mirror and a 27lb 4oz common.

Ollie tempted both fish from a spot in the reeds, where he used a baiting spoon to present a mixture of chopped Bug boilies, mixed in with some particles. 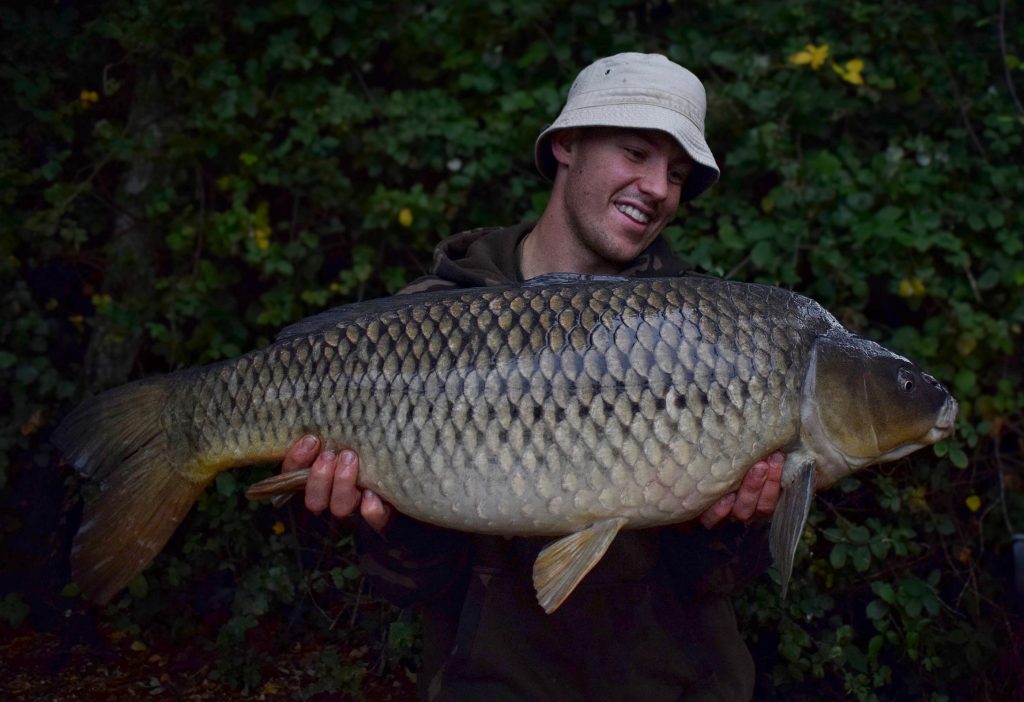