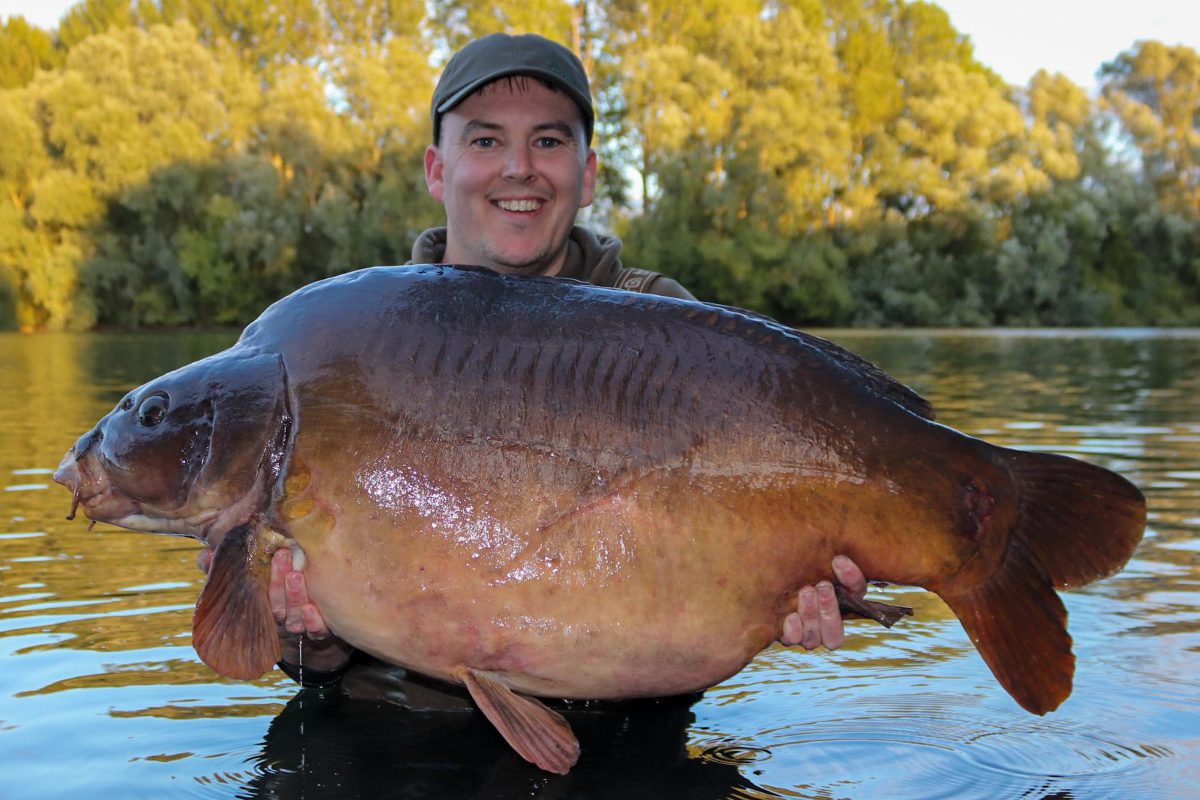 During a session with a friend on the Gaunts Lake syndicate water, Graeme capped what had already been a prolific session with the fish all the members longed to catch – and at its biggest-ever weight too!

Known as the Uncle Albert Fish and weighing in at a staggering 56lb 10oz, the colossal mirror smashed all records for the complex and the area, and gave a Graeme a massive new personal best in the process.

Having already caught four thirties and an upper twenty earlier in the session, it was a dream ending to the trip for Graeme, who summed up the trip by saying, “What a carp, what a session and what a bait The Bug is!”

Graeme takes up the story of a momentous catch: “I arrived at Gaunts lake on the Thursday afternoon. My good mate Danny was coming for a guesty on the lake, so I thought my ultimate goal of catching this fish would be on the back burner for this particular session, as this fish is known for coming out of a certain area of the lake and that area was stitched up and fishing slow.

“I found fish at the other end of the lake, got the rods in and quickly had a 21lb mirror. The following day Danny arrived and I had a crazy day, catching fish of 35lb 12oz, 35lb, 32lb 2oz and 29lb 10oz. This was already a good session!

“The Saturday was quiet for us both, so Danny went for a walk and found fish in the Right Double peg, an area this fish is known to like. We quickly packed up and he went in the right-hand side, whilst I went on the left. I had a really good session a couple of weeks before, so got the rigs out on the spots in the dark and put a good bit of bait over it. That night I lost a good fish in the weed, before bagging a 32lb 12oz mirror.

“The Sunday was quiet until at 4.45pm, when my right-hander pulled up tight and the rod slowly started to pull round to the right. As soon as I picked the rod up, I knew it was a good fish – no lunges, no head knocking, just a good, solid resistance. I was quickly in the waders and in the water. The fish was coming in slowly, but it had weed on the leader, so I was struggling to get direct contact with it. This is how I lost the fish the night before, so I was worried it was going to come off! Luckily, it stayed on and I managed to scoop it in the net. This fish was huge, so I knew it was the Albert straight away.

“A few phone calls were made and people started turning up to see the fish, as it’s a very rare visitor to the bank, last coming out in June last year. This fish had never been caught over 53lb and ounces, but it looked huge, so I wasn’t surprised when it settled at 56lb 10oz, which is a new personal best for me, a new Linear complex record and a new Oxfordshire record.

“What a carp, what a session and what a bait The Bug is!” 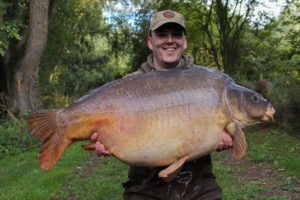 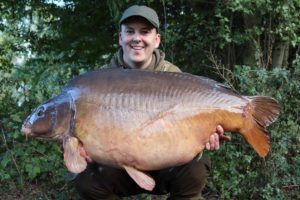