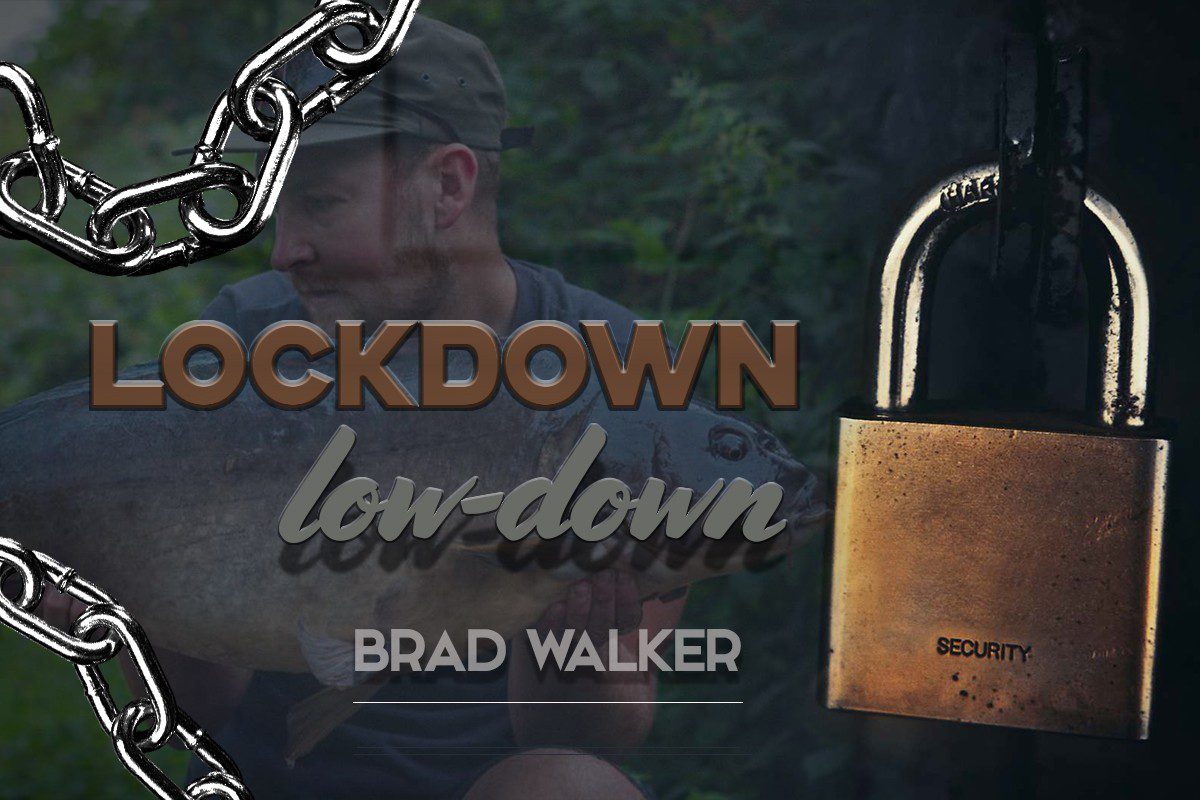 I’m very fortunate that I’m able to get out with some exceptional carp anglers in the Fox team, including a fair few England internationals. I film with the likes of Mark Bartlett, Tom Maker and Harry Charrington on a regular basis, and I’m quite often asked what makes these guys so good at what they do. I can honestly say the effort these guys put in to their angling is ridiculous! As an example, I could be prepping a bit of camera equipment such as changing batteries and within a minute (and I mean a minute!) they’ll have seen one show and reeled in three bottom baits and put three zigs on the spot – not ideal when you need to film them doing so! These guys are so tuned in, you really do have to see it to believe it.

With all that said (and I mean no offence to Bart or Harry), for me, it would have to be Tom. I think people have the misconception that Tom is full time or only fishes Linear, but that couldn’t be further from the truth. Tom, like most of us, has a family and only fishes two or three nights per week; it just so happens he regularly clubs them when he does! Granted, he fishes Linear fairly regularly, but he’s had similar success on most waters he’s fished.

Now, this would be a tricky one. I’d love for the lakes to be less busy, but it would most probably have an adverse effect on my job! It was quite surreal last year, going to somewhere like Lac Du Der with Mozza, where another angler can’t be seen even through binoculars, to then coming back to the UK and seeing the car park on my club water rammed! This would definitely be the one thing I’d change.

If I turn up to a lake being the only one on, I’m instantly in a relaxed mood and really feel tuned in and can take my time watching, setting up and getting everything perfect. There’s nothing worse than turning up to a lake after work to an already full car park, running around like a madman with a bucket in the attempt to get an okay swim. I shouldn’t admit it, but I’ve quite often turned the car around without unlocking the gate in this instance. If I’m not feeling it, I’d rather not bother and keep the enthusiasm there. This has, however, actually worked in my favour a few times! In August 2018, I turned up at my syndicate on a Thursday evening to find eight people already on. After a lap of the lake, I sat in a swim on my bucket, feeling sorry for myself that all the swims I fancied were taken, to be greeted by a show of acrobatics as fish after fish began wellying out in front of me! I quickly chucked out three rods with 1.5oz leads, then pinged one pouch of bait over each rod. Twenty minutes later, I was playing the king of the pond, a 42lb 3oz common! It’s funny how it pans out sometimes. 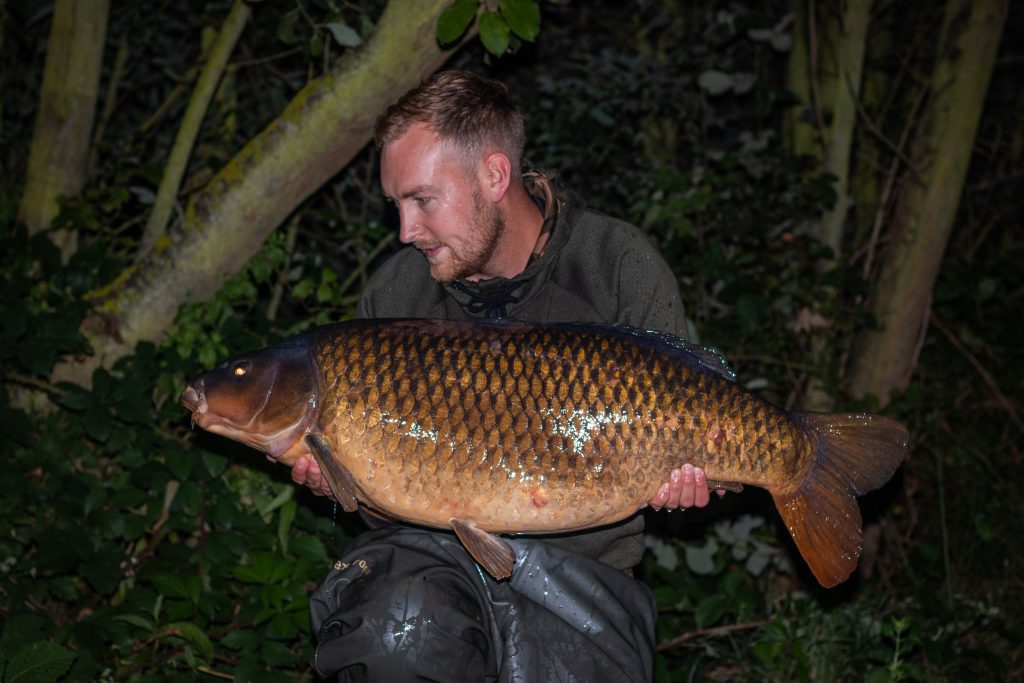 A 42lb 3oz common. It’s funny how it pans out sometimes!

Probably not starting seriously when I was younger. I was fairly late in getting started with ‘proper’ carp fishing. I’ve always liked fishing, but most of my fishing as a teen was with mates at runs waters, piss-balling about and just having a laugh. As I got to my late teens/early twenties, it was all football and going out with my mates. I didn’t fish at all from about 18-22, which would be prime time with most young lads being able to drive with all that free time! Although I say it’s my biggest regret in carp fishing, I wouldn’t change it. An 18-year-old me wouldn’t have dreamt of sitting still, nor would have had the patience! 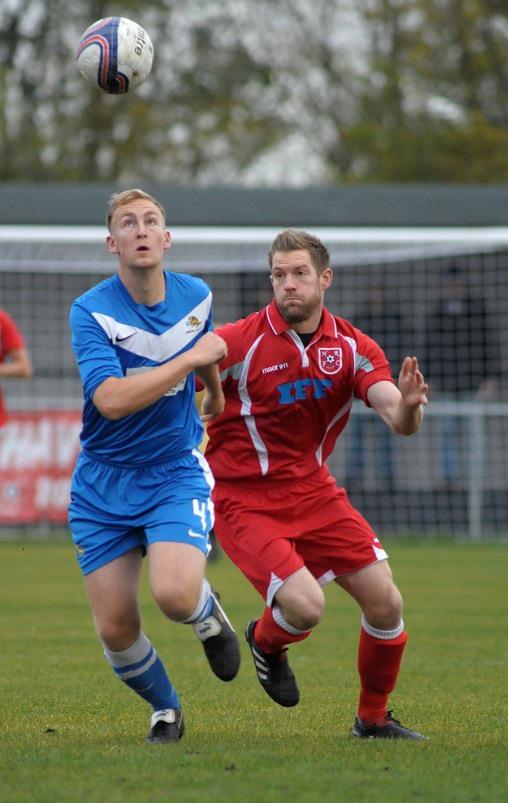 I was distracted by other things when I was younger

The guys at Fox are probably sick of me always talking about it, but my club water is as close as it comes, and I’m yet to find a water I love as much. It’s 26 acres in size, an ex-gravel pit and has so many islands/spits and a wicked channel that runs around the back. It’s full of weed in the summer and the carp are lovely and dark, with the old strain being really scaly. I’ll be the first to admit that fishing at range with three rods on a spot isn’t exactly my idea of fun, nor could I do it nearly as well as the other lads, but give me a few hours to stalk one or catch one off the top and I’m like a pig in muck! I think this lake and the limited time I get has forced me to hone those skills. Most Sunday afternoons in the summer I’ll pop over there before dinner (dinner is the 6pm meal, by the way, being from daaan saaaf) and nab one on a Mixer or stalk one in the edge. 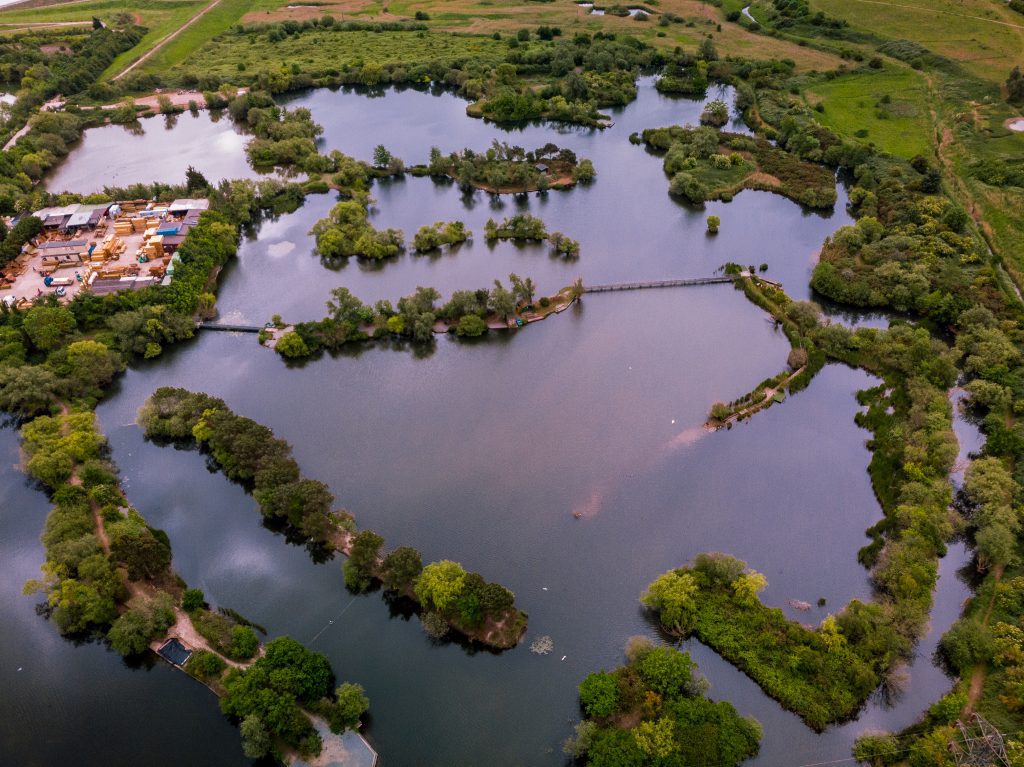 I used to have this as a kid when I went fishing before we Googled everything and knew what was in the lake, as it would be that excitement of not knowing what you were fishing for. I had it last year when me and Moz were boating to our swim under the moon at Lac Du Der – and I wasn’t even fishing! Nowadays, we join a lake because we either have a target fish or we know what fish are swimming around and know what we’re fishing for, so that sense of not knowing is quite rare. 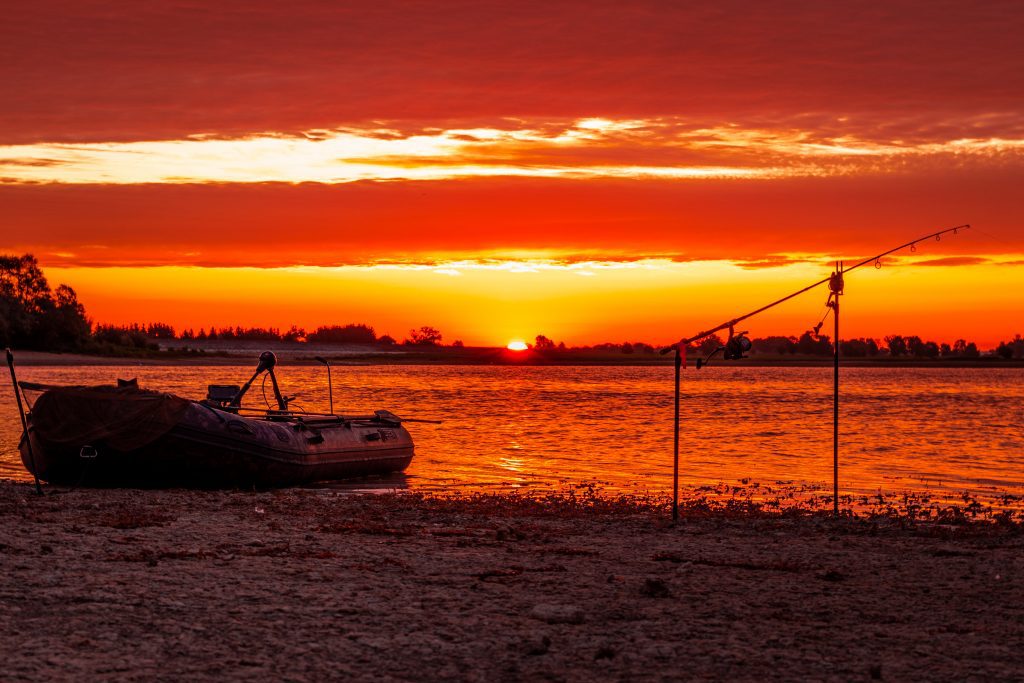 Going back a few years when I just starting taking fishing more seriously, I was fishing an old lake, so old it was in fact in the Domesday Book! As you can imagine, being this old it was incredibly silty. Being relatively inexperienced at the time, it wasn’t until I began using long, supple hooklinks that I began to catch. It then all clicked that I needed to use lighter leads and longer hooklinks for my rig to be sitting proud of the hundreds of years of silt! Not rocket science by any means, but that was when I began to start really thinking about my approach on different waters. I think we’ve all been guilty in the past of just casting out our standard go-to presentations in lakes without actually thinking about the mechanics of the rig in detail.

When I began surface fishing, after reading countless articles and watching videos, I used to feed for what seemed like an age prior to casting out the hookbait. Don’t get me wrong, this is a good tactic and getting their confidence up is great. However, the lake I was fishing had old, wise carp. It was often the case they’d lap up all the Mixers I put out only to ignore the hookbait when I eventually cast this out. One April, on the weekend of my birthday, it was a lovely warm day of around 25 degrees. I went for a walk around the lake I was on, to find three of these old carp basking in the sun. This time, rather than put any free offerings in, I simply freelined a lump of bread in the middle of the circle they were swimming in. The smallest of them, a linear, turned in an instant and engulfed the bait, leading to me jumping in the lake through the rushes to net it! This was to be the turning point for an incredibly successful summer during which I landed countless carp off the top by walking around and freelining bread or Mixers with no loose feed! 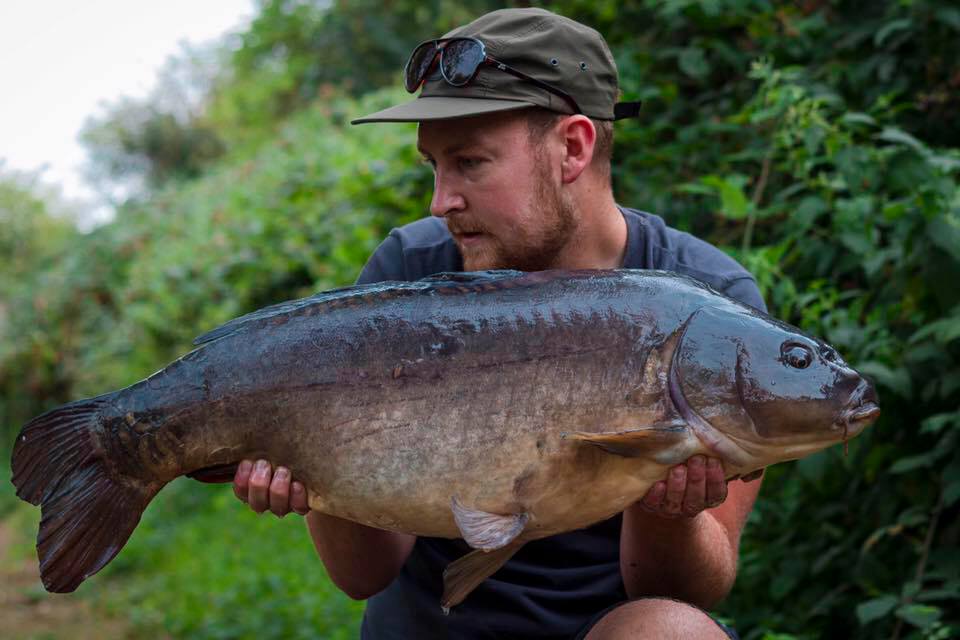 I used to see people using the small windshields (the metal ones that protect the flame on the stove) all the time when making a brew or cooking their grub, but I used to just stick my luggage in front of my stove to shield it from the wind. After trying to make a brew one day and having my bucket, rod holdall, rucksack and unhooking mat stacked up, I eventually realised it’s just so much easier to get a windshield. A simple one, but something I wouldn’t do without it now.

I’m not a big reader, but for me, it would be Darrell Peck’s My Misspent Youth. The reason for this is that, being from Essex, I can relate to a lot of the waters that Darrell speaks about in the book. I think if you can relate to something or know the venue in question, it grips you more, as you can really picture the scene unfolding. I have a few books I’ll be reading over the lockdown period, so that could change, but if you haven’t read Pecky’s book yet, I highly recommend it!

For starters, it would need to be dark and look old, most probably a fully scaled or heavily scaled mirror. I tend to join lakes for the looks of the fish over the size. For instance, my target at the moment is a ridiculous-looking fully scaled and weighs under 30lb! If I catch her, she will be at least 17lb under my current PB mirror, but it will mean more to me, purely for the looks of the fish and the fact that she’s around 50 years old. Fingers crossed she still has a good few years in her. I would attach a photo, but I’d rather wait just in case I manage to nab her this year. 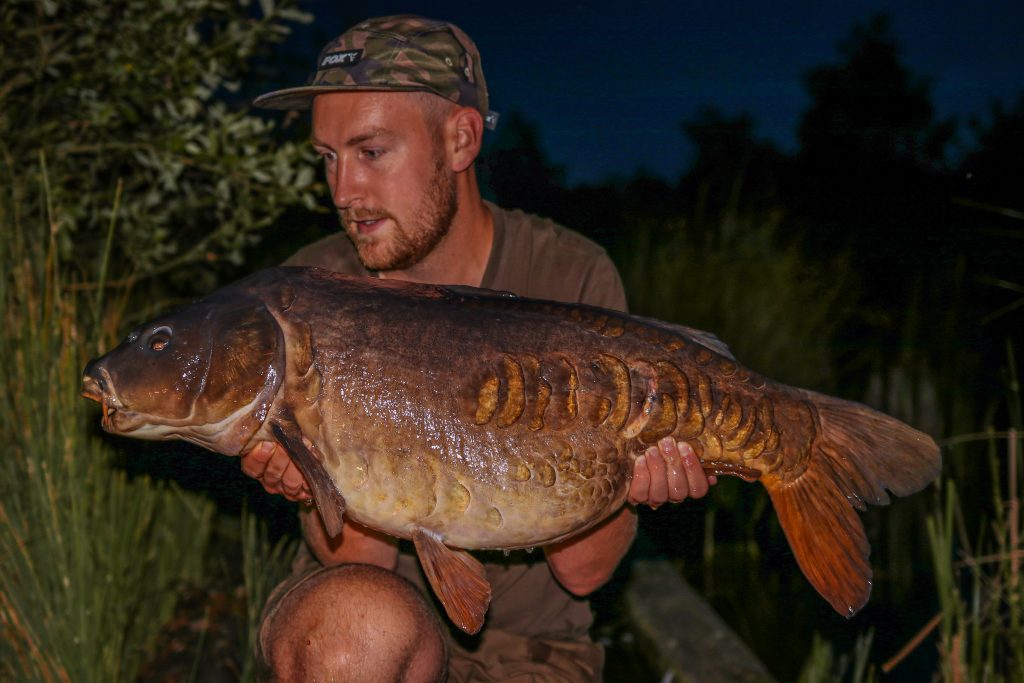 The sort of fish that ticks all the boxes for me