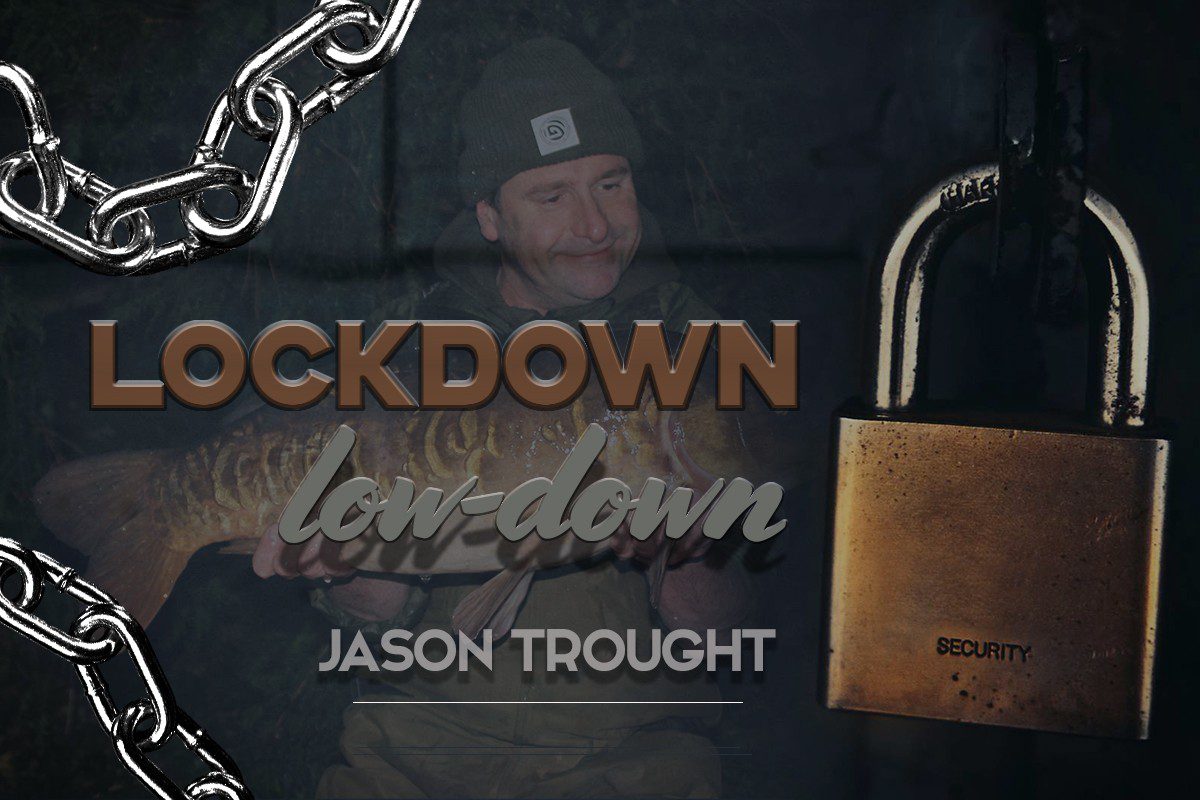 Can I pick a couple? If so, I would choose Mark Bartlett and Dave Moore, but for two different reasons. Mark for seemingly being able to catch carp of any size, under pressure, anywhere you care to put him. Bart’s technique, accuracy and efficiency are incredible, and I’ve witnessed first-hand a few times just what an effective angler he is. Dave would be there for his uncanny sixth sense of reading big-fish behaviour, then being able to catch them. Having fished ‘against’ Dave for a particular hush-hush big fish once, had it still have been alive when we were fishing there, I can categorically say that it would have been me taking the pictures! 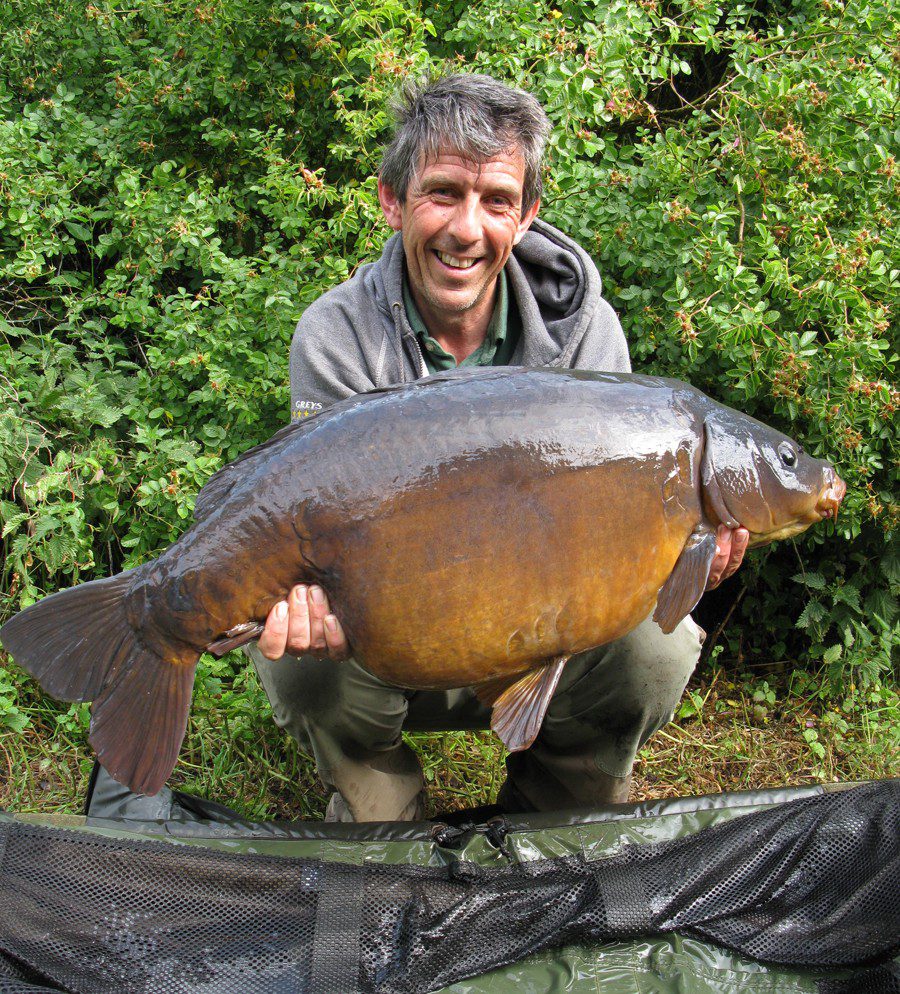 Dave Moore is one of the best big-fish anglers around

Getting rid of social media would improve things. For me, it seems to have the ability to bring out the worst in the human race. I understand it has an important role in today’s society, both commercially and for human interaction, but was it that bad before it? No, not really; life was much more hassle-free, in my opinion. It also seems a lot of anglers only go fishing to post pictures on social media nowadays. The reasons they are actually there seem irrelevant. But I guess it’s a case of whatever floats your boat.

Not making the effort to fish the proper Wraysbury when we had the chance. We had sufficient disposable income, were young and keen and had no family commitments at that time. It always just remained pub talk, though, when in reality there was nothing actually stopping us dong it.

Any lake with minimal angler pressure, little or no man-made swims and a reasonable stock of uniquely varied and characterful carp. Maybe even a chance every couple of sessions would be a bonus. I’m not greedy! I’ve been close to finding the perfect one on a couple of occasions, but they always seem to fail on one piece of criteria in the end. I’ve recently started doing a bit more on the rivers in this country and I think I may be able to find a bit of solace there if I look hard enough. 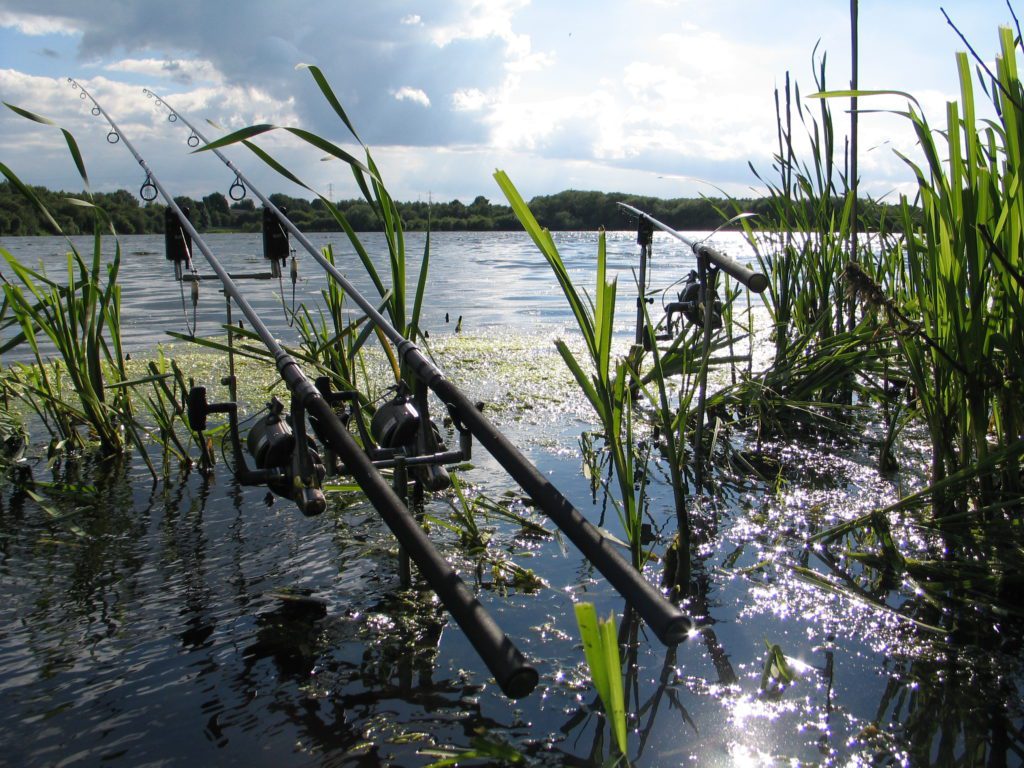 We are all searching for that angling paradise

I can’t really pick just the one, to be honest. There are so many different emotions we all go through each and every time we go fishing that it is probably those which actually make us keep going back. A fish rolling over your spot at dawn. A bleep on the alarms making you look up to see a sheet of bubbles and a bow wave as one gets away with it. The feeling of being under your brolly, rods out perfectly and you feel the forecasted fresh new wind spring up and start blowing towards you. Those are the good ones, but what about the hook pull at the net? The feeling we all get sometimes when things are tough going where you question the sanity of the whole scenario, or what about when you’ve just taken the pics of the once-a-year fish you’ve been targeting and as happy as you are for the captor, a little piece of you is crying inside. These are the things that, good or bad, will always stay with me forever. 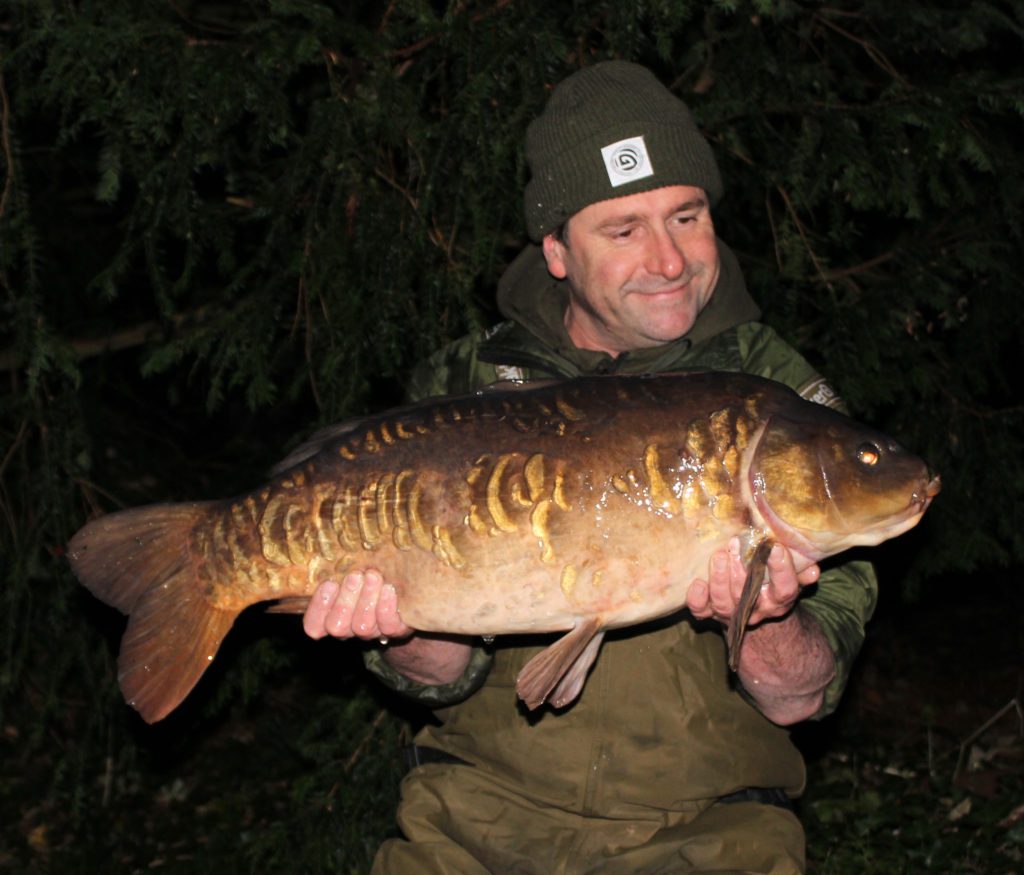 There isn’t one emotion I could pick over another. They are all part of the angling ‘package’

When a very successful mate told me not to worry so much about finding ‘the spot’ in the swim every time I went and to instead concentrate on a general area when targeting nomadic carp on big pits. View them as a herd of cows or sheep that are moving across a field area whilst grazing. Find somewhere presentable you think they are happy to feed and just fish for them. Having fished a lot of smaller pits growing up, finding ‘the spot’ could often be crucial to how many bites you got. It took me a while to adjust to bigger venues, but I got there in the end. Nowadays, from 10 acres to 10,000 acres, I fish them the same.

It’s not really something I’ve seen that has changed the way I fish, but is something that constantly amazes me when watching carp feed. There is always seemingly some kind of interaction or communication between them when finding a new food source. There doesn’t often seem to be any gluttony or hoarding instincts like we are used to seeing as humans; each one seems to get their fair share. Of course, you get certain fish that like their grub a bit more than others, but I have never seen a fish bully another off a spot so they can eat it all themselves. Even faced with a freshly baited spot, the first fish in always has a couple of mouthfuls and goes away, usually returning shortly after, accompanied by another fish. This often gets repeated until you have a number of fish all feeding together. I have seen this happen so many times on various lakes with both young and old fish, yet it still amazes me.

Unquestionably, it has to be the Spomb. I was certainly very dubious and dismissed it as a carp scarer when it first came out, along with many others. Just as we had spent so long perfecting the art of laying the spod down on the water as quietly as possible, the thought of this ‘bomb’ crashing in seemed very crude and it wasn’t till I actually tried one that I saw just how brilliant it was. A lot of my fishing in the past has been lots of boilies on the limit of general throwing stick range. In ideal conditions, it was never a problem getting the bait tight but any kind of wind and you were usually fishing singles, unless you wanted to do the spod-with-some-groundbait-in-the-back-of-it method, which was just a pain, in my opinion. The Spomb transformed that style of fishing for me and allowed us to use a mixture of boilie sizes tightly at range. There’s not been many recent game changers in fishing, but this was definitely one of them.

I have always been an avid reader since being a kid, so it’s not surprising I was well into my carp books, too. I had lots of fishing books that I referenced often, not just about bait but about carp and, indeed, coarse fishing in general. A couple I did used to read over and over were Tim Paisley’s Carp Season, closely followed by From the Bivvy. I really connected with Tim’s journal-style of writing, which started with just a few chapters in Carp Season, continuing into a full diary-style book with From the Bivvy. It inspired me to keep my own fishing log at the time, albeit not a patch on this series, of course. I think it perhaps struck a chord with me because I could pick them up at any time of the year and find a few chapters that were relevant to my own fishing. It gave me both hope and inspiration at the time that things can change in a split second and it is never over till it’s over. 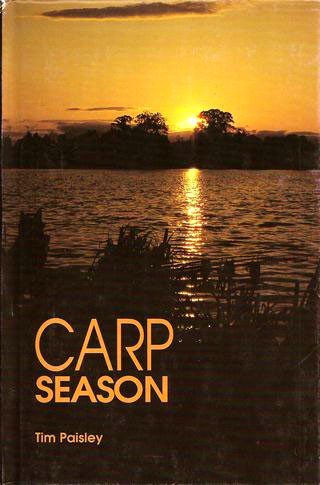 Carp Season, one of the most inspiring pieces of angling literature I have ever read

Long, lean, dark and scaly. Not bothered about the weight. That was easy! 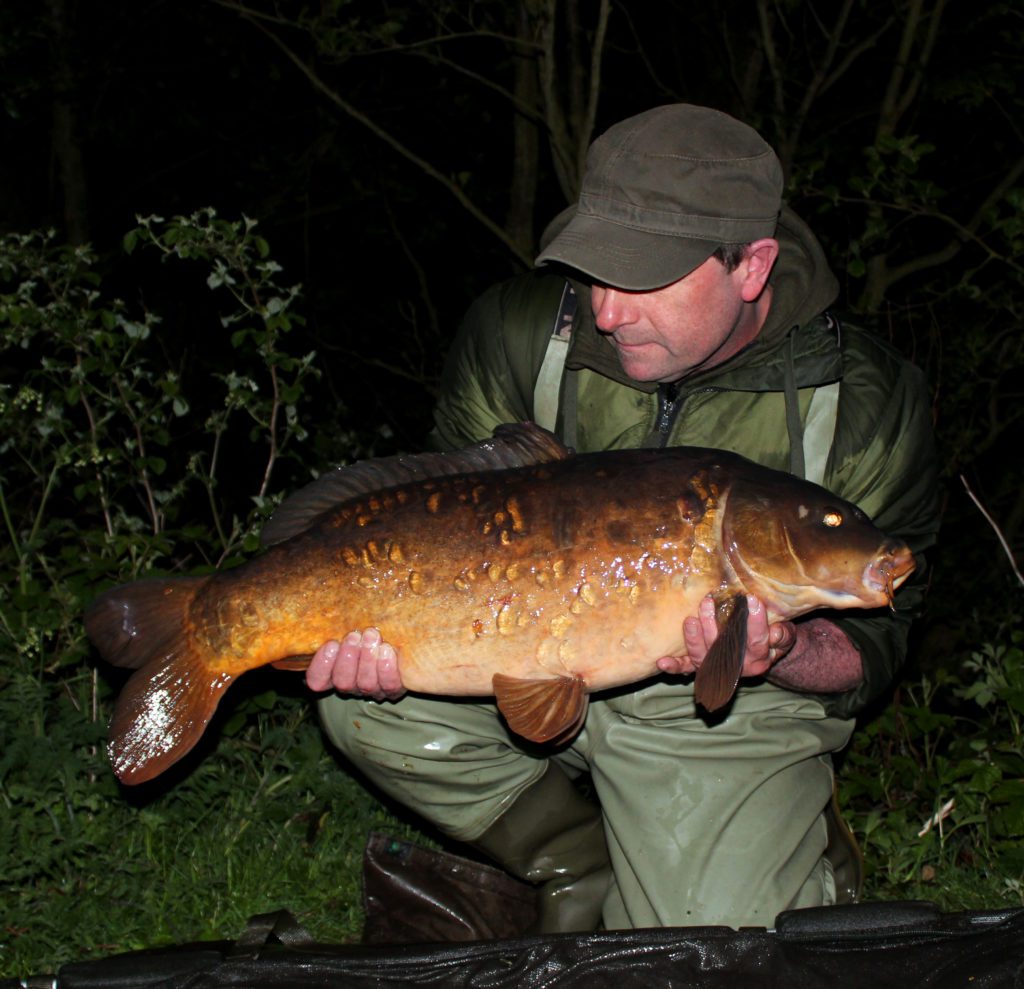