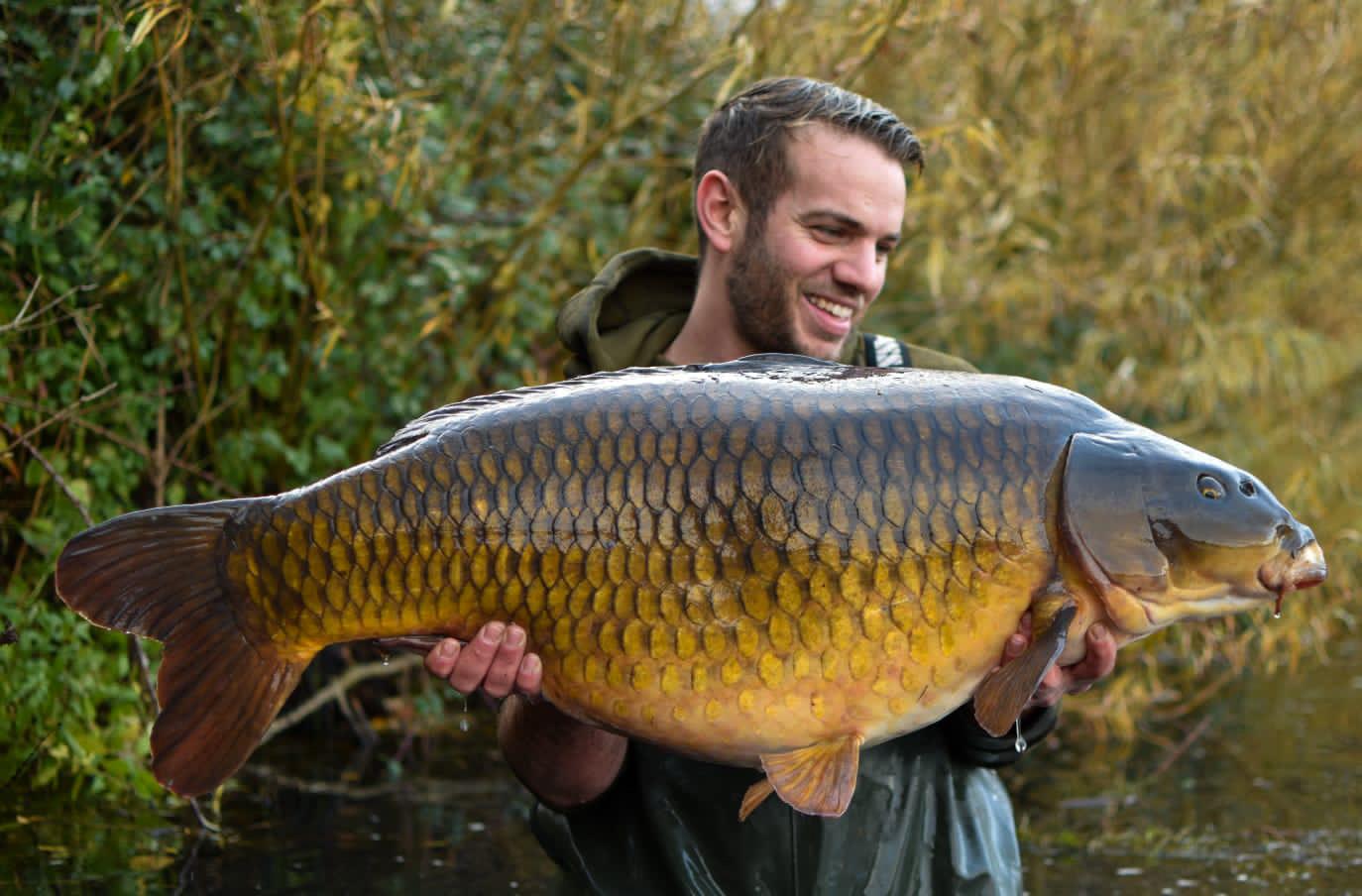 Nick Bourdon’s excellent run of form this autumn scaled new heights when he set a new UK personal with one of the most-sought-after fish in his syndicate water.

Nick has enjoyed some incredible results on Farlows of late, landing a string of thirties on relatively short sessions, but his latest capture eclipsed all those numerous 30-pounders.

Known as Mailou and weighing in at 47lb 2oz, Nick’s new personal best came from a small silty patch at 20 wraps, where he baited with three kilos of Secret 7 and Switch crumb, hemp and maize, and then offered a Milky Malt pop-up over the top.

“After looking at this fish so many times in photos, I couldn’t believe I was finally looking down at it in the bottom of my net,” said Nick.

Nick also landed a 30lb mirror known as the Holiday Fish on the same tactics for good measure. 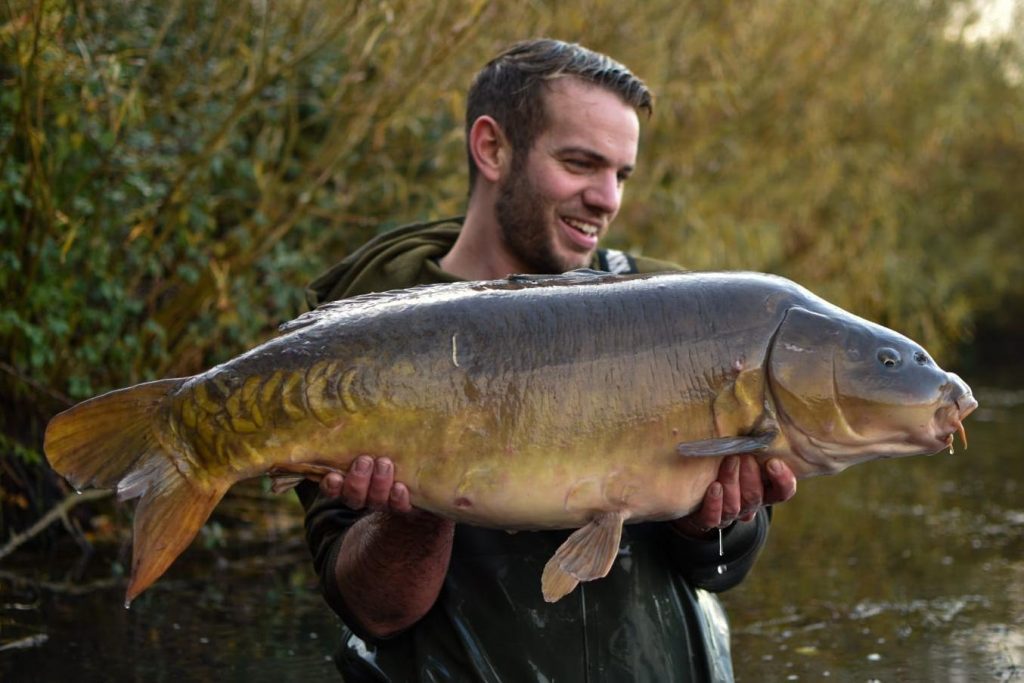 The Holiday Fish at 30lb