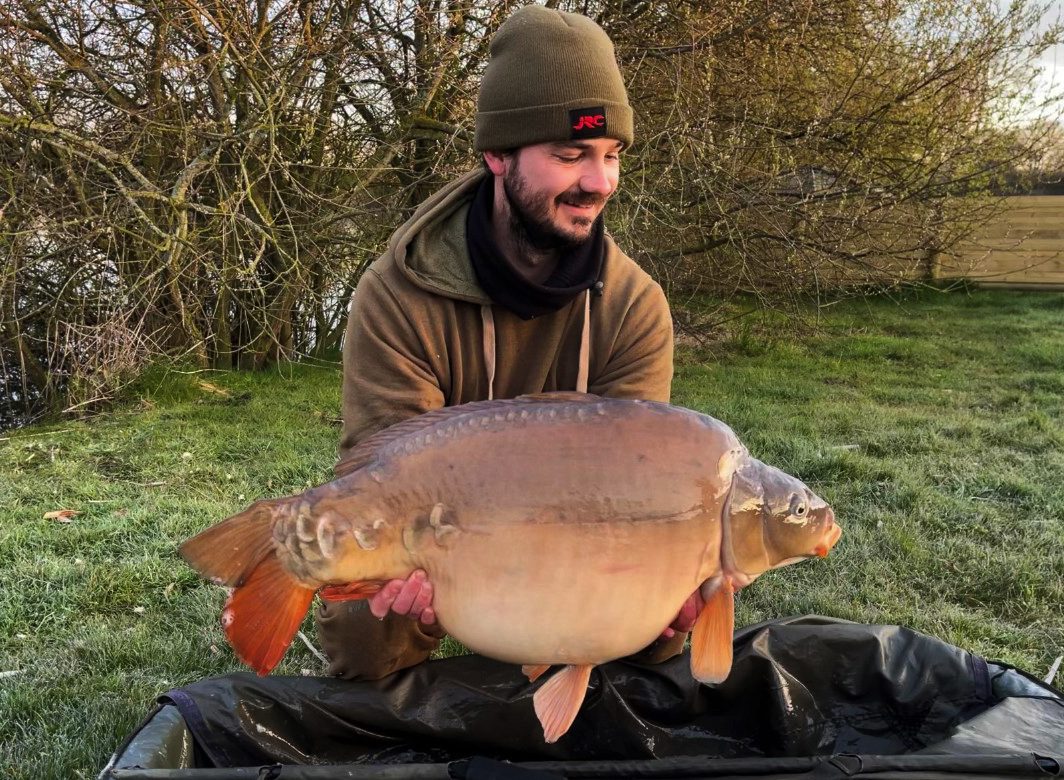 Jay Whitby set a new PB mirror during a cold and frosty morning on Merrington Carp Fishery thanks to the capture of a chunky 30-pounder.

The 28-year-old from Helsby said: “After arriving at the lake on the Sunday, I was left with one of the least favourable swims on the lake. Having not seen any signs of a carp during first night of the trip, I moved swims on the Monday to a swim where I had seen fish showing the night before. I introduced a few Spombs of chopped 12mm Bug, which had been soaking in Betastim and a splash of Tuna Oil, all mixed in with a small amount of maize and hemp. I had a few bleeps Monday evening, but unfortunately I had a good night sleep.

“I was awoken at 6am on Tuesday to a run! As I burst out my brolly to get on the rod, I was greeted to a cold, frosty morning, as the temperature had got down to -2 during the night. However, after a five-minute battle, I had a personal best mirror of 30lb 2oz in the net.”

A Milky Malt wafter did the business for Jay, fished in between two plateaux over his mixture of soaked Bug chops.