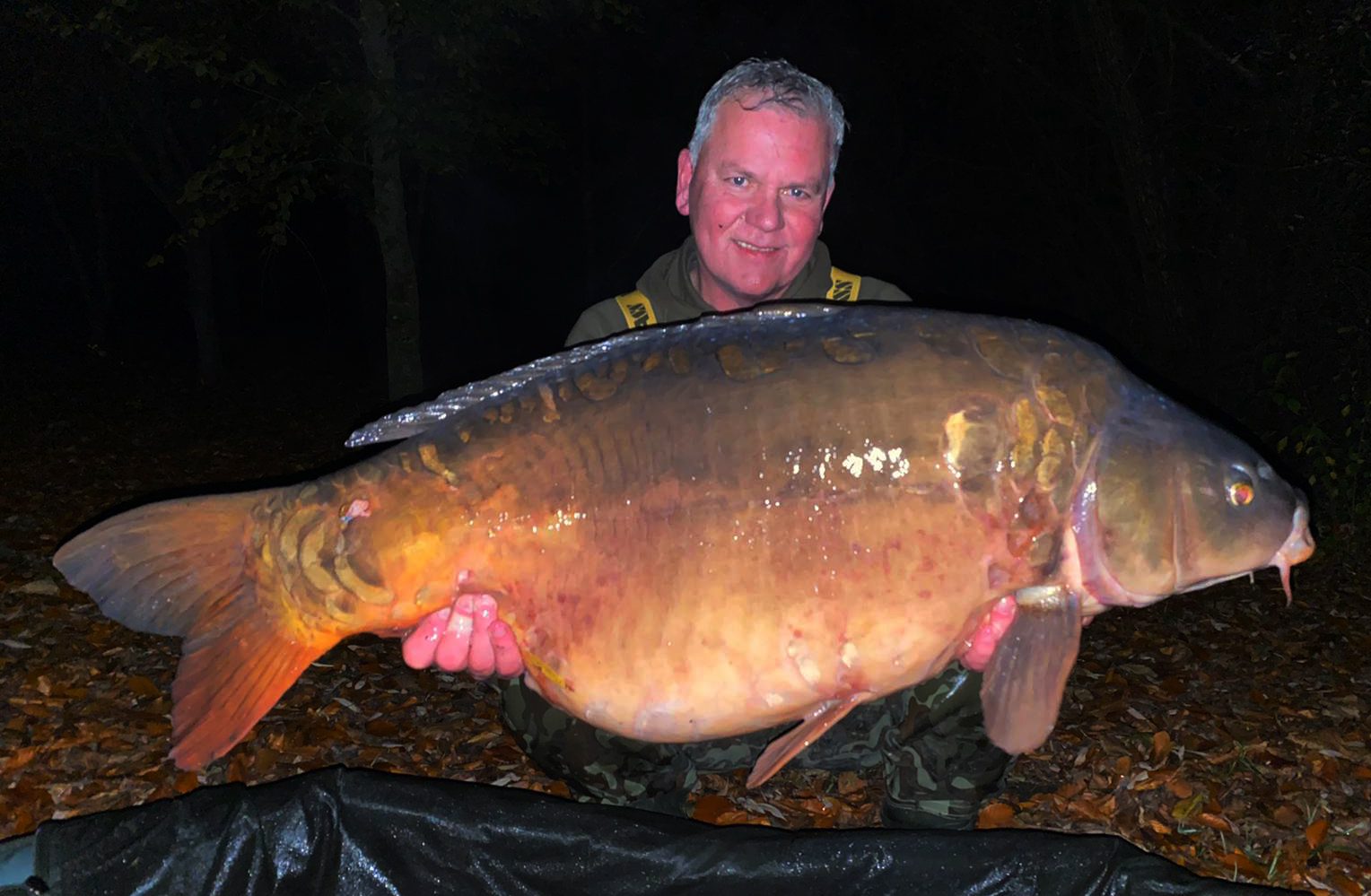 Charlie Cowburn found himself amongst the Pascale Lake lumps during a recent visit to France, capping a memorable week with a mid-sixty!

The 60-year-old heating engineer from Epsom banked six fish in total, only two of which were under 50lb, a 24lb common and a 48lb mirror.

After 51lb and 57lb 8oz commons had slipped up to his net, as well as a 58lb 6oz mirror, the highlight of the trip turned out to be a colossal mirror of 64lb 4oz.

Charlie used a combination of Secret 7 and Switch pop-ups, which he fished over a mixture of chopped S7 and Switch freebies that he had soaked in matching S7 and Switch Hydro Spod Syrup.