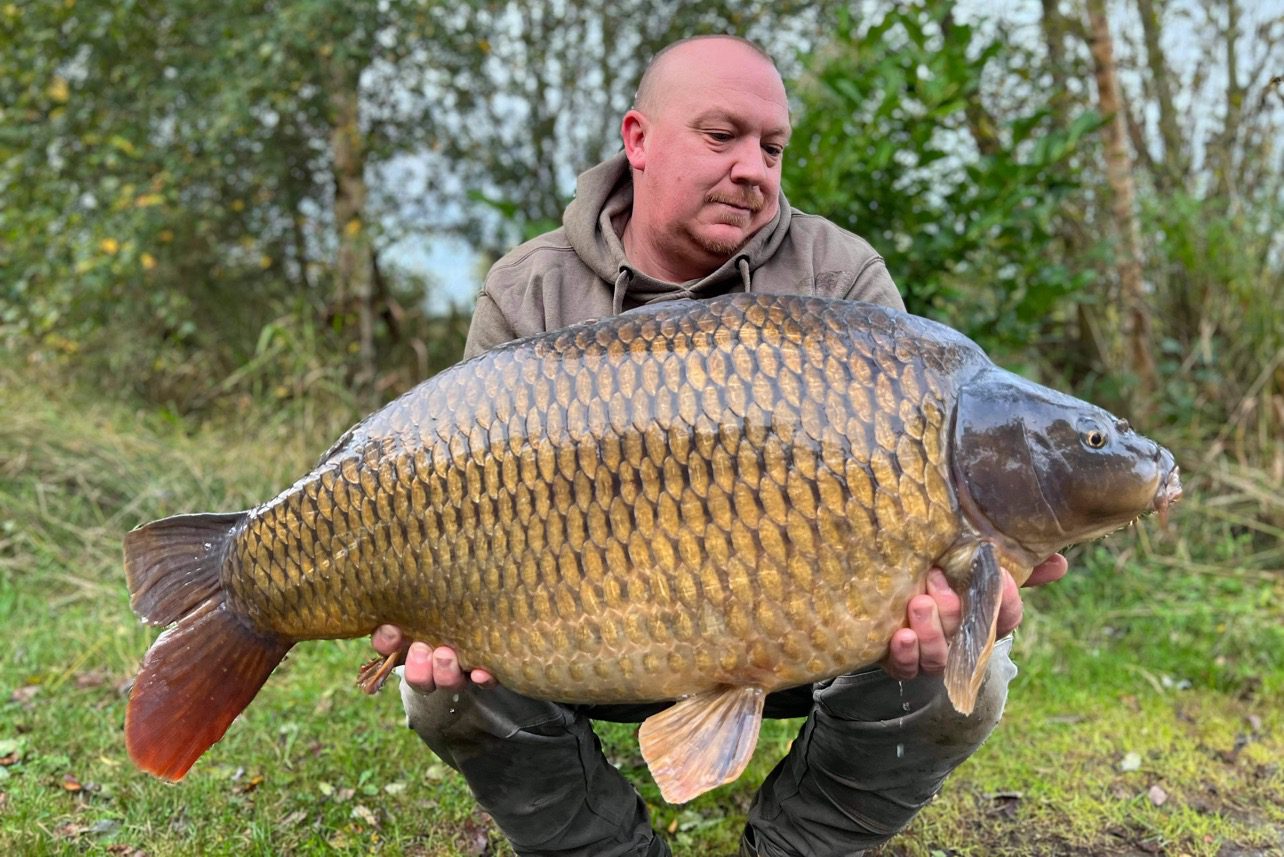 MID-THIRTY COMMON SINGLED OUT AT WILLOW

Paul Wake was delighted to winkle out one of the better fish from Old Mill’s Willow Lake, particularly as the lake had been in poor form prior to his visit.

Just two fish had been out between six anglers prior to the session, so to see this 34lb common hit the bottom of his landing net on the first morning was a fantastic result.

Paul needed just a single PB pop-up on a spinner rig to tempt the fish, presented at the bottom of the far-margin slope.