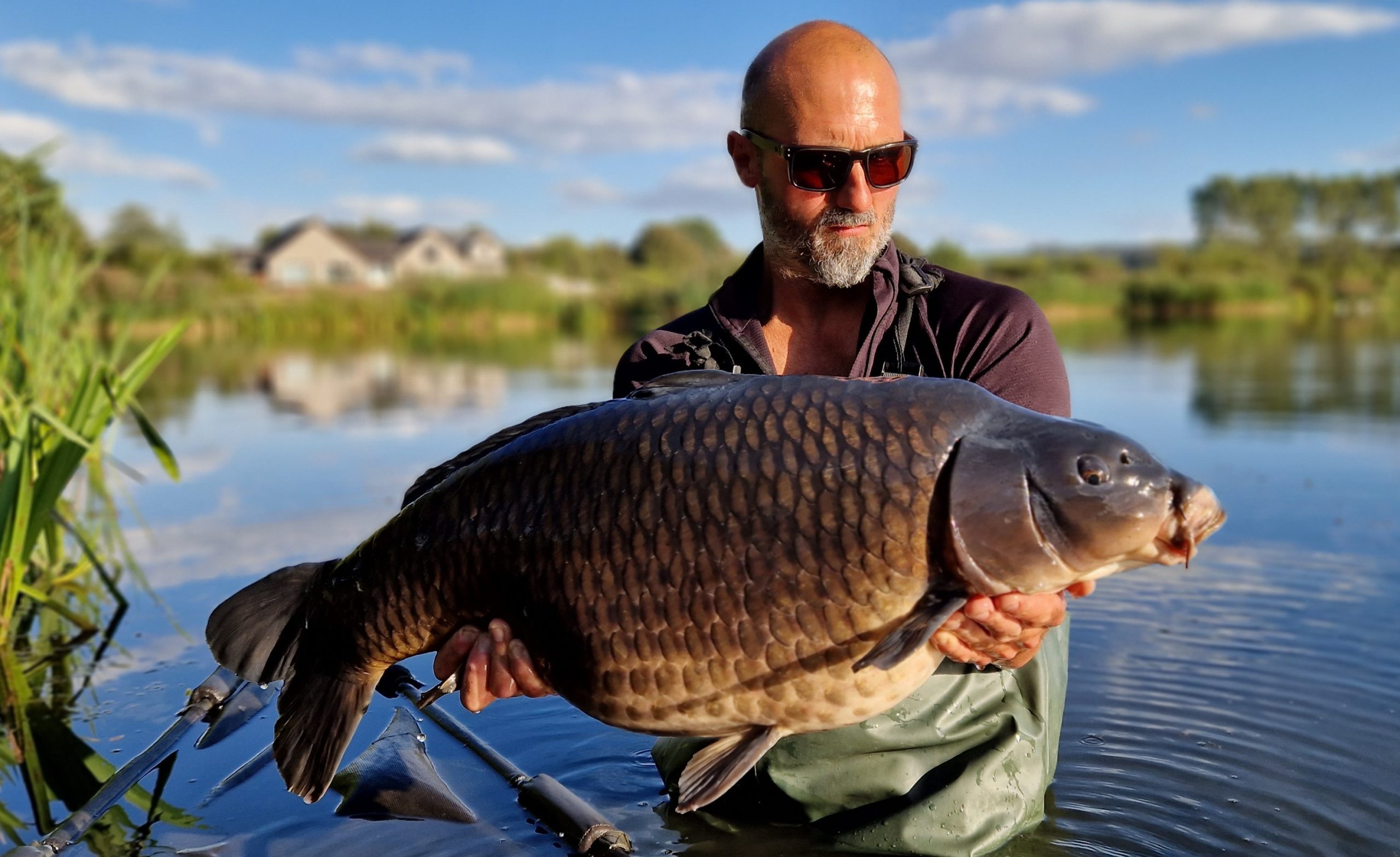 A couple of recent outings on the Keer Lake syndicate at Clear Water Fisheries have seen Damien Linney get amongst a few more of the lake’s named residents on a Bug-based attack!

The first session yielded a lovely looking mirror known as the Pretty One at 29lb 8oz, before his return visit threw up a 30lb 12oz common that goes by the name of Spike.

“The previous two weeks on Keer Lake had been slow, but after the Queen’s state funeral ceremony, I decided another night was in order,” said Damien.

“Setting up late evening and not feeling very confident, a move was in order at first light. Returning back to a recent haunt where a lot of time had been spent prepping spots, the first bite came in under two minutes after seeing two shows in the area. A fish aptly known as the Pretty One came over the net cord after a lively battle through the weedbeds, weighing in at 29lb 8oz. Then a second bite minutes after the pics were done turned up a low twenty. 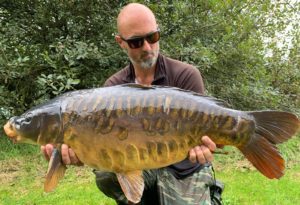 “The night was quiet, but I lost a big mirror whilst packing away in the morning as it tore through the weed in front of my margin. Gutted!

“The next night a week later started badly, with a good fish lost again in the weed in front of me. Taking to the boat, I thinned out some weed, with a plan to take straight to the boat as soon a fish was hooked.

“The next afternoon the long rod went again and thankfully the boat plan worked a treat, with a ‘weedberg’ and a 30lb 12oz common known as Spike safely engulfed in the net.

“I have been using pellets and chopped Bug boilies soaked in matching Bug Hydro Spod Syrup with a good dose of buckwheat and lake water to create a sloppy, cloudy mix, which I have been fishing over the top of Bug Corker wafters.” 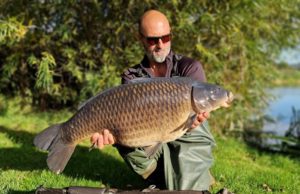