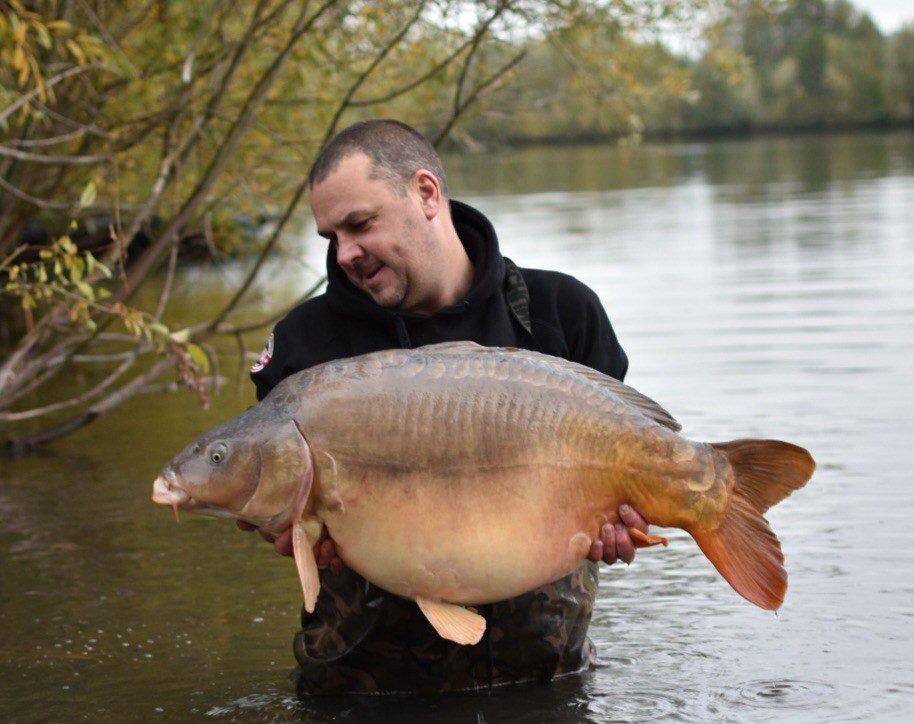 My first trip to France!

It had taken a long time into my angling life, but finally my first trip to France had arrived: a week at Cretelakes with three of my friends. Arriving at Dover, checking in was as smooth as it could have been and we boarded with no extra delays. By this time all the lads were getting tired and overexcited, so the only solution was to get our heads down for an hour or so before landing at the port of Dunkirk. From there it wouldn’t take long before we arrived at the gates of the mighty Cretelakes.

We arrived at 7.45 and couldn’t wait to get started on our week-long campaign. A walk around the lakes was first on our list before heading back to the lodge to meet the bailiffs for the peg draw. We drew numbers one, three, five and eight, so we decided on pegs 49, 50, 52 and 54 on Lake Five. All the lads were happy and we set about our business getting sorted before setting up our base camp.

The first night passed with only myself having a run, but unfortunately a hook pull put pay to my first French carp. This was quickly followed by Stefan landing a 48lb mirror at 10.30 on the Sunday morning. No sooner had we taken the photos than his other rod was away with a 34lb mirror slipping over the net cord. Fish number three also went to the rods of Stef in the form of a 45lb mirror.

It was a quiet night for most of the boys, except for Stef, who landed number four in the shape of a 27lb mirror. This particular night saw me get introduced to coypu. Now, I had heard a lot of different stories about these animals and at first I was a little shocked, but after studying them over a few days, I came to the conclusion they are kind of cool and just sit there as a family eating the foliage. 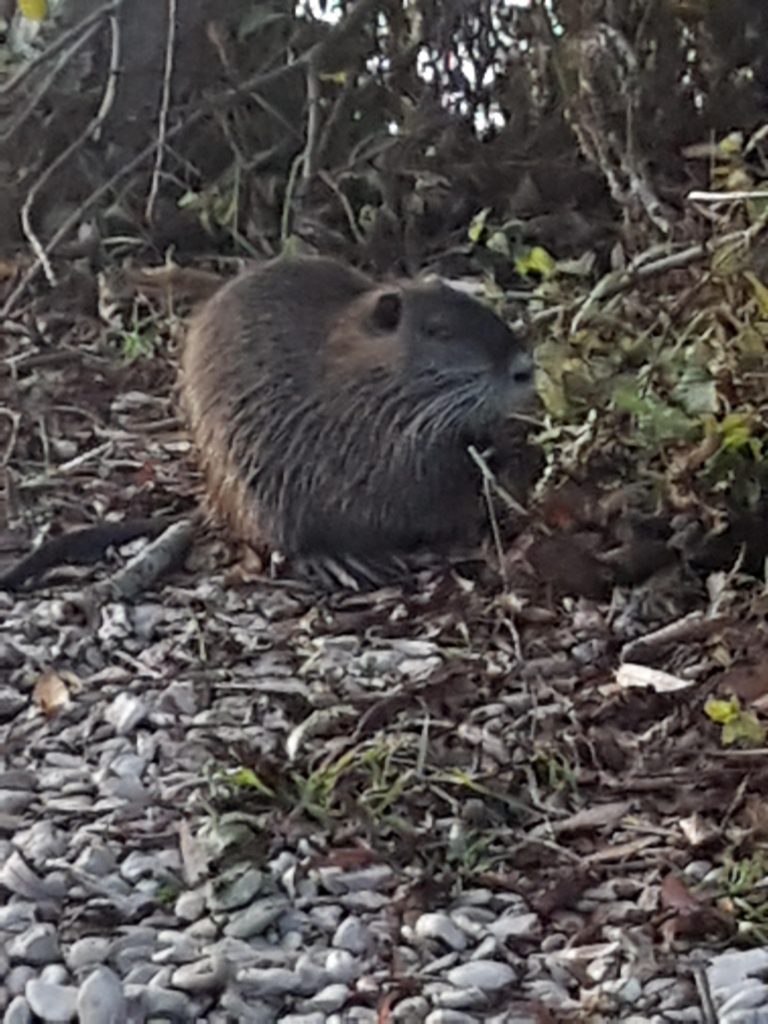 My first meeting with Mr Coypu

The following morning it was my turn to get in on the action, landing my first-ever French carp and what a fish it turned out to be at 42lb, which was obviously a PB for me. Moving on to Tuesday and things couldn’t have got any better for me, as I landed another fish in the shape of a 43lb mirror, followed by two other fish that night and our first common of the trip at 33lb. A 22lb mirror was also caught and quickly released without any pics. 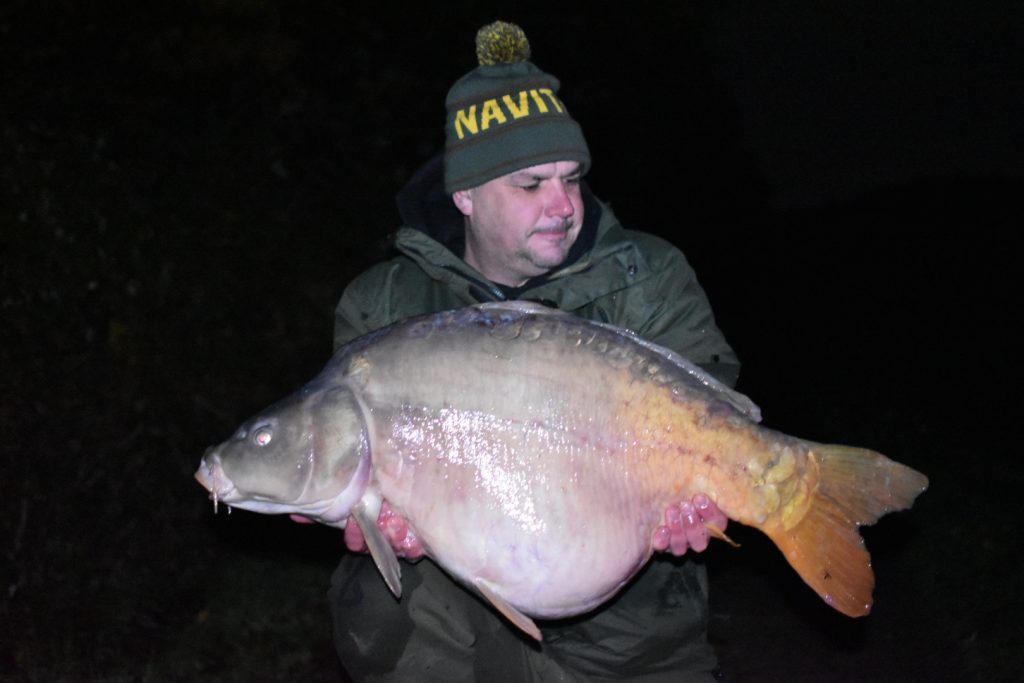 My first French carp at 42lb

Our trip was going well and we were soon into the Wednesday, which was the halfway point of our trip. Two of the lads, Dean and Vic, moved over to pegs 44 and 46 respectively, and what a great decision it proved to be for Deano, as he only had his rods in the water an hour when he landed a new PB in the form of a 47lb 4oz mirror. All the lads were now buzzing and looking forward to the second half of the session. 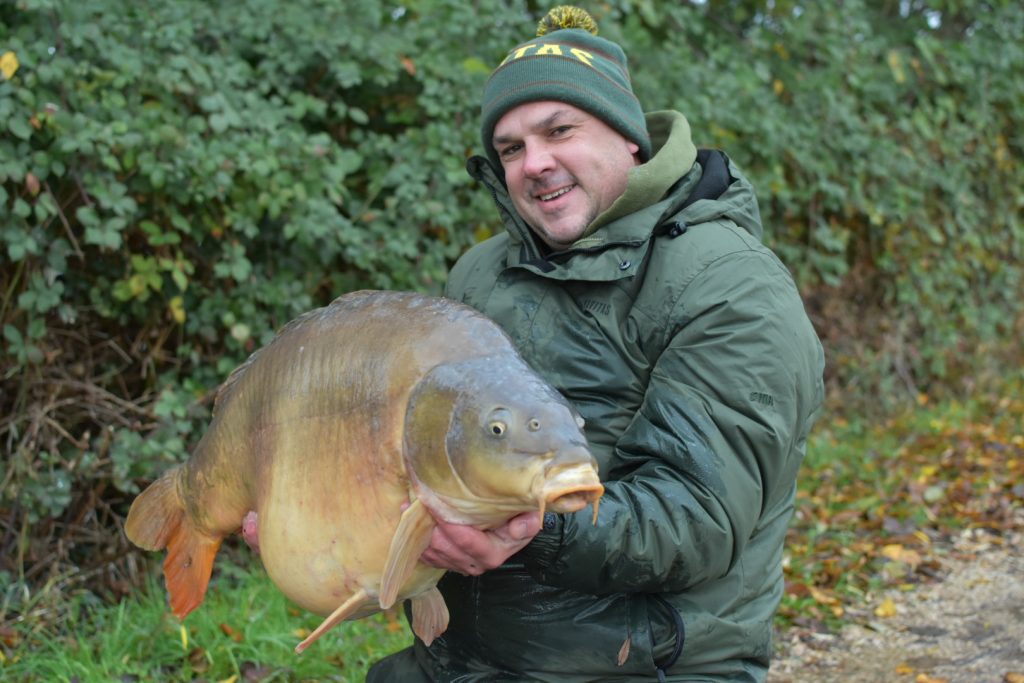 Another new personal best at 43lb

Stef in peg 50 had a serious amount of fish visiting him for the regular feeding times. He had decided to have a marker about and found a nice clear spot at 22.5 wraps straight out in front of him. He had been out in the boat to place his two rigs with precision. Back over at my peg, I decided to stick to my guns on my right-hand rod, as it had done me a couple of bites already. Later that day, the very same rod melted off and I lifted into what I instantly knew was a better stamp of fish, as it felt heavy, strong and also angry! I took my time, as I had lost three already and didn’t want this one to go the same way, as I knew it was something special. Stef was soon around my peg to see what the commotion was all about. Twenty-five minutes later, it was finally in the net. “Get in!” shouts could be heard for miles, as we knew this was going to be the biggest of the week so far. I soon composed myself and set up ready for the weighing and pics. We hoisted her up on the scales and watched the needle spin round to 52lb, absolutely smashing my personal best. Pics of the beast commenced and we finished off with some great water shots. 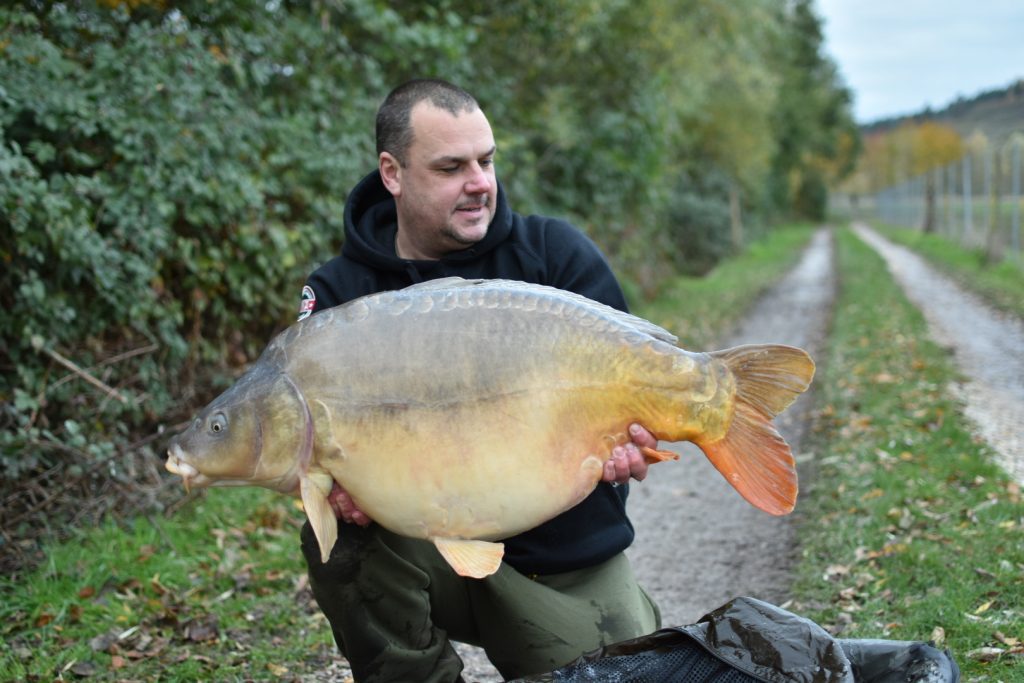 After we had settled back into fishing, it wasn’t long before Stef had a 29lb common and a 41lb mirror in retainers awaiting pictures. Later that evening, you guessed it, Stef was in again with a brace of forties.

Before we knew it, we were heading into our final day and Deano and Vic were on the move again back over to their original pegs. Again, it was another good decision, as Vic landed his first and only fish of the week in the shape of a 41lb mirror, whilst Deano added his second, a 35lb mirror. Meanwhile, I had was a good night’s sleep, but I didn’t care, as I’d made it into the elusive fifties club.

The dreaded pack-down and loading of the van was upon us and we were soon on our way home to our family and friends. I have to conclude by saying the venue is fantastic with great facilities and a very friendly and helpful bailiff team. We all left with huge smiles on our faces, and even on our eight-hour journey back home, we were already planning next year’s trip.

Having spoken to the bailiff team and a few lads who had just pulled off the venue, I decided to start my session with an open mind. As I was setting up the marker kit, I saw my first fish bosh. I quickly set about markering my peg and decided on an area at 21 wraps to a couple of gravel spots. I rigged up with a Secret 7 pop-up on one rod, and Milky Malt pop-ups on the other two. I spodded at regular intervals of two hours, putting three large Spombs of 12mm SLK boilies over the spot.

My opening gambit didn’t really pay off, so I elected to change over to my go-to tactic, solid bags, which I filled with crushed SLK boilies. Now, most will assume I used a pop-up on the hair, but I decided to go for bottom baits and started off with the awesome Crayfish Mini Hookers, which seem to work for me wherever I go. I did catch my first fish on these, but with the crayfish present, it wasn’t long before I had to change, so out came the Secret 7 Hard Hookers. After making this change, the crays became a thing of the past, and this is how I had my remaining eight runs.

One edge I adopt whilst using solid bags is put one whole bait in the bag of crumb or pellets along with my hookbait. I believe carp are used to seeing just one bait in a bag, so seeing two creates a bit of confusion. It’s a tactic well worth a try. 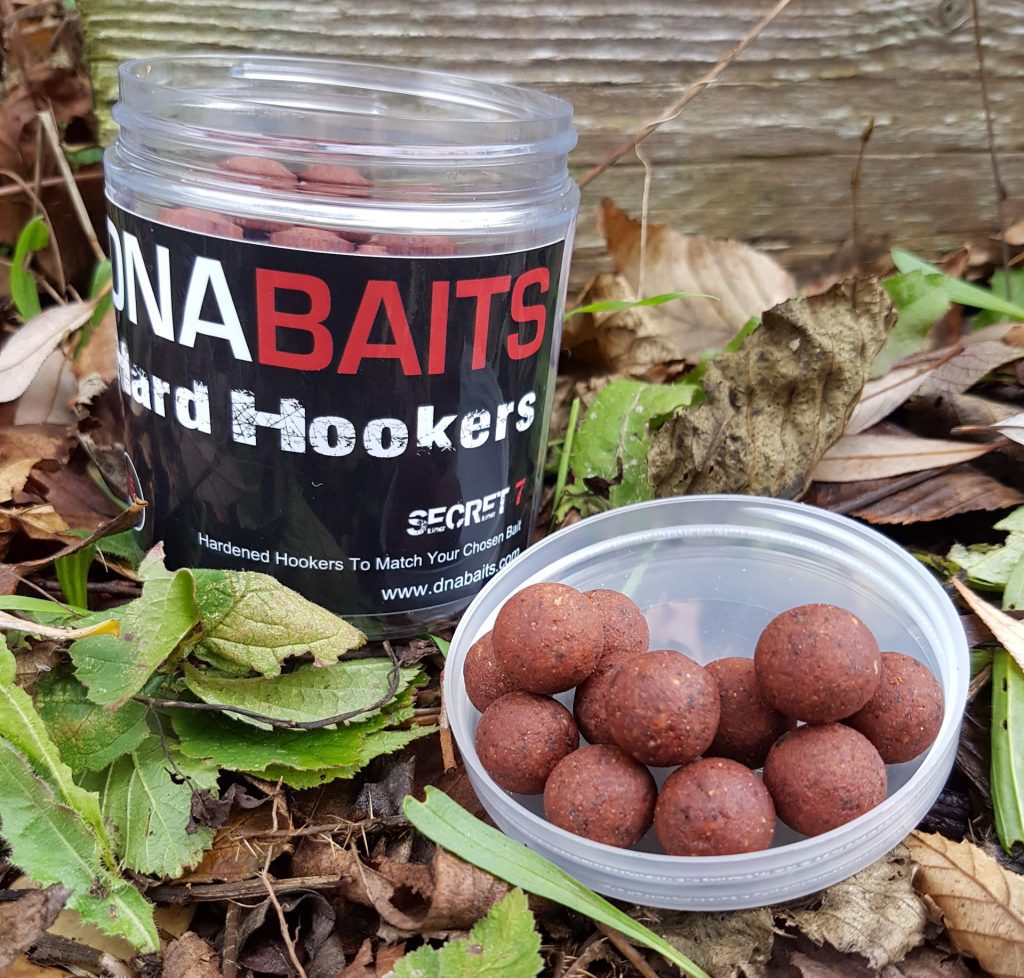 The Secret 7 Hard Hookers kept the crays at bay