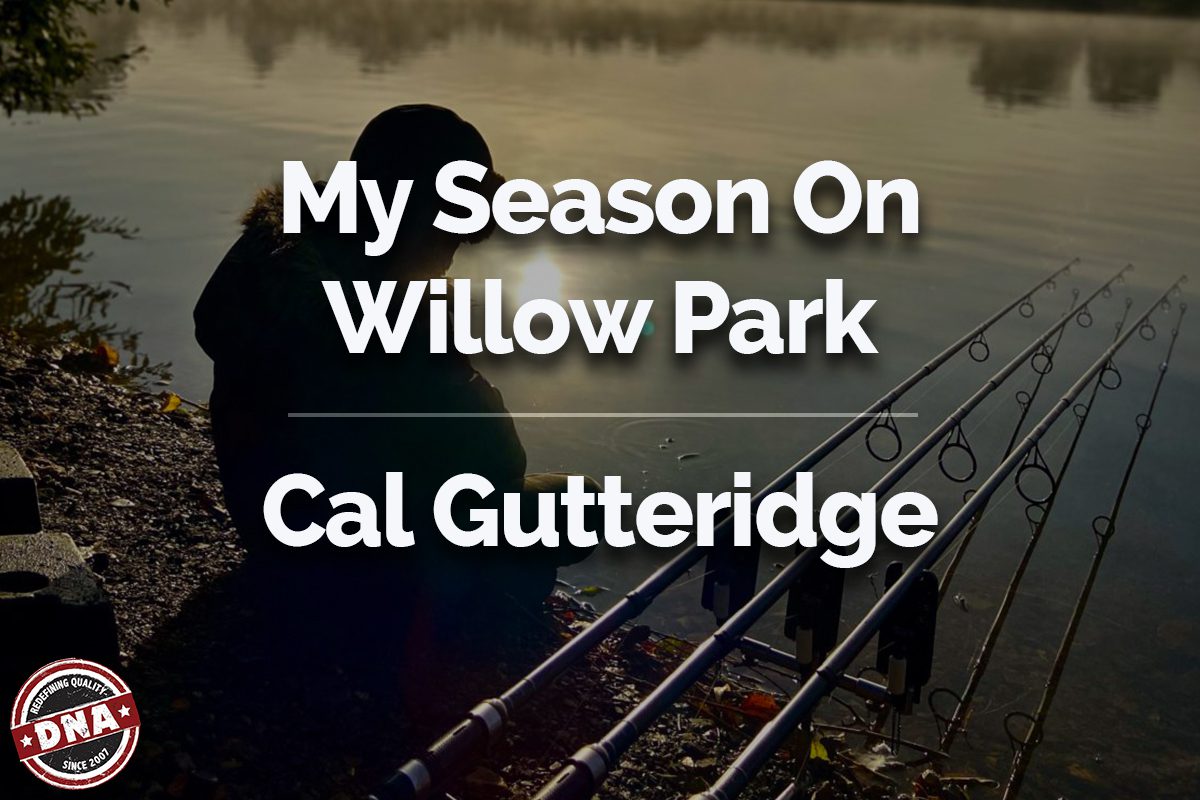 My Season on Willow Park

When fishing a new day-ticket water for the first time, it can sometimes take people a while to get into any kind of momentum, so listening to the bailiffs and doing a bit of homework in advance can make a massive difference.

My first couple of sessions on Willow Park Fishery in Aldershot were in June and both went pretty well. Listening to bailiffs and looking at recent catch reports, it seemed that single zigs and solid bags in certain areas were the way to go and much more successful than big piles of bait. 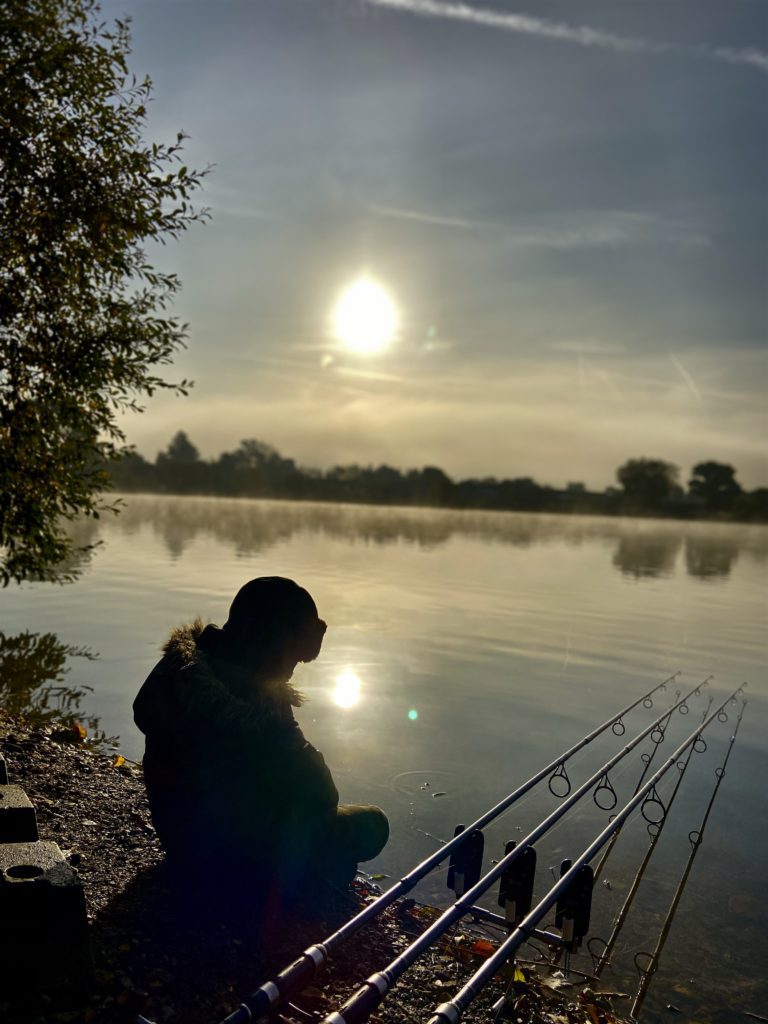 I started fishing a swim called Pig Pen, which gave me control of quite a bit of water and a good view of most of the lake, which meant I could watch and learn what the fish were doing throughout the day and night, and also gave me the option of fishing right in the centre of the lake if I wanted. The centre can be a great spot on a lot of pressured day-ticket waters, as that’s where the fish feel safe.

Fish started to come to small solid bags of Crayfish Mini Mix pellets and either PB or Milky Malt wafters fished in the central area of the lake, which was an immediate confidence boost. Over the course of the next few sessions, I stuck with these tactics and quickly got amongst some of the awesome scaly fish that Willow Park is known for. Regardless of which swim I fished, solid bags fished to clear areas amongst groups of fish always seemed to be the most successful tactic. 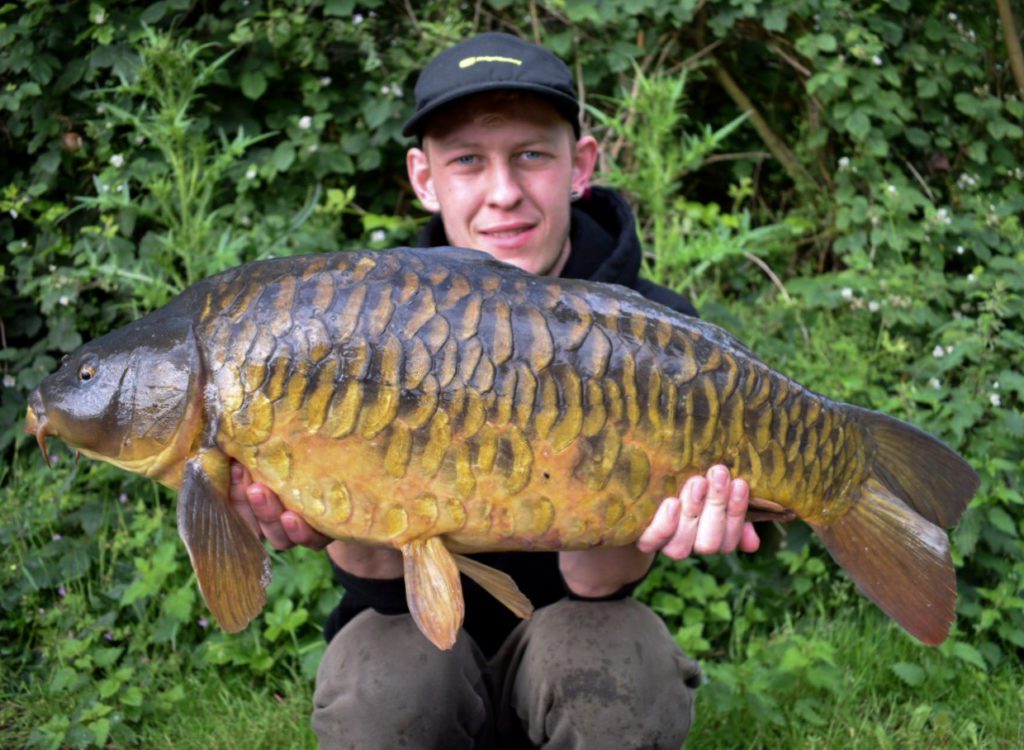 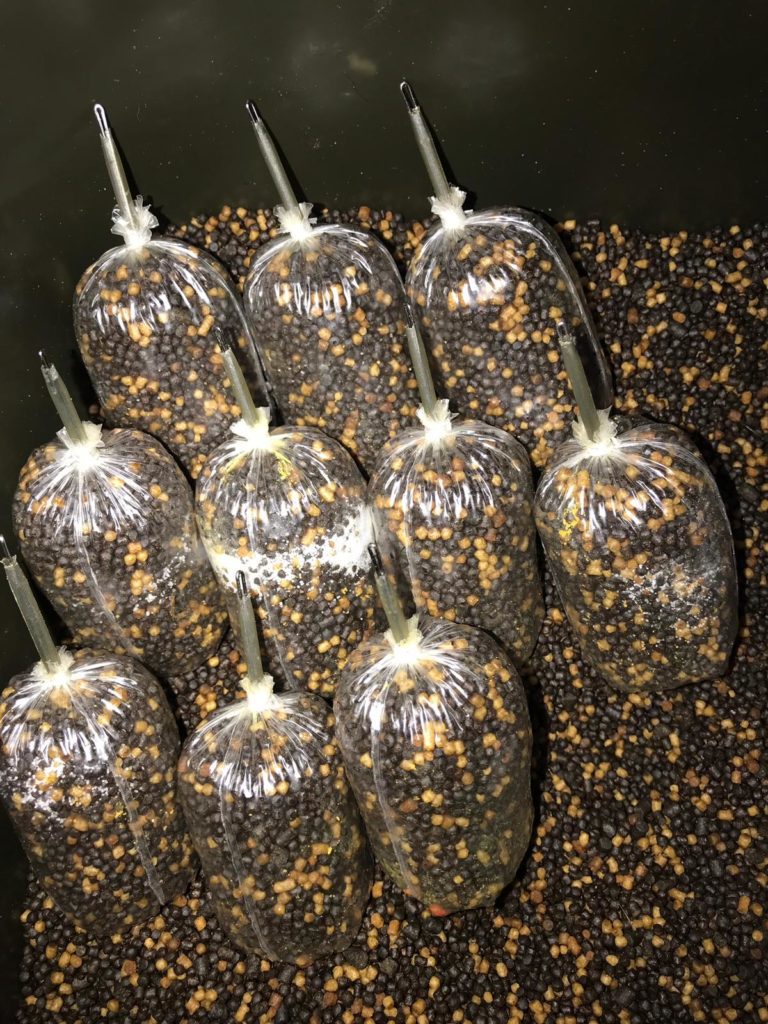 In August, we had organised a social for my dad’s birthday, and this was when my approach changed massively. Managing to get a few swims close together, me, my dad and Aaron had organised to have a barbeque and enjoy a chilled-out weekend whilst having a catch up and a good laugh. My misses and my two boys were also popping down to see us. With this is mind, I thought I’d go against what I’d been doing well on and go with a different approach. I found a clear spot and decided to put a whole bucket of bait out on it. My theory was if the fish were to come across it, I’d have enough bait out there to last the weekend and pick off a few fish along the way. It didn’t take long to get the first bite, which was quite a shock, as the homework I had previously done on the lake showed the fish tended to shy off the Spomb. 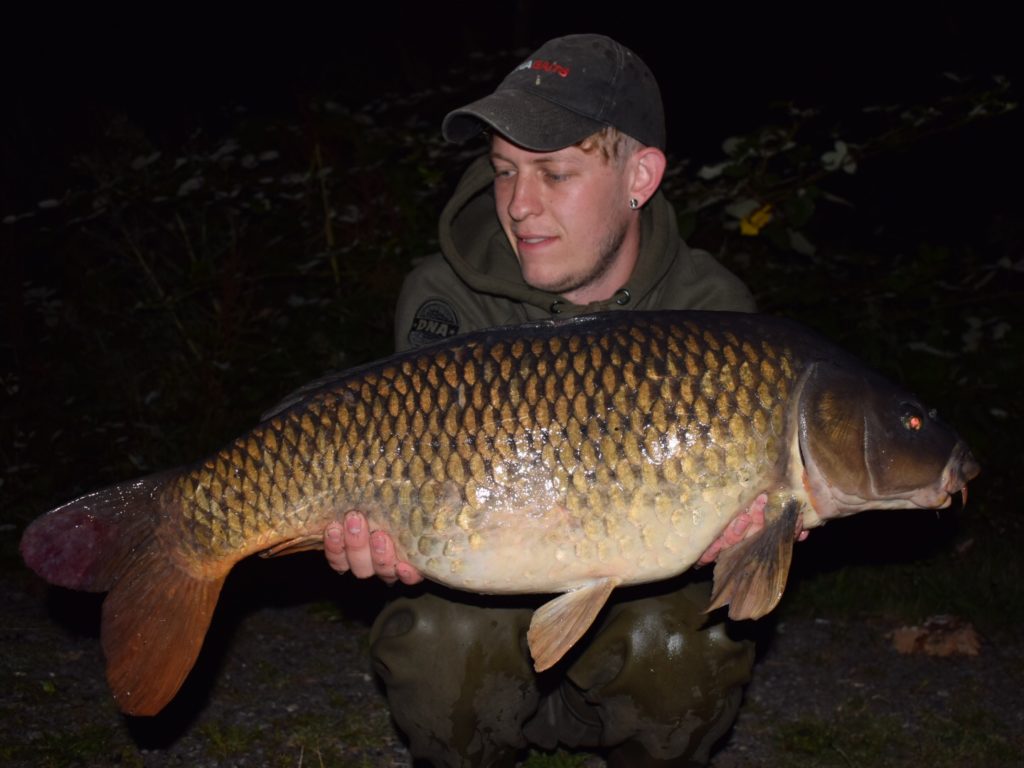 A lovely common off the baited spot

Once the fish got on to the baited area, I started to fish with small pop-up rigs over the top. This was to save time tying up solid bags, but it was also because some of the bites were coming so fast after putting the rod out! That social weekend turned into a 40-plus fish haul between the three of us! 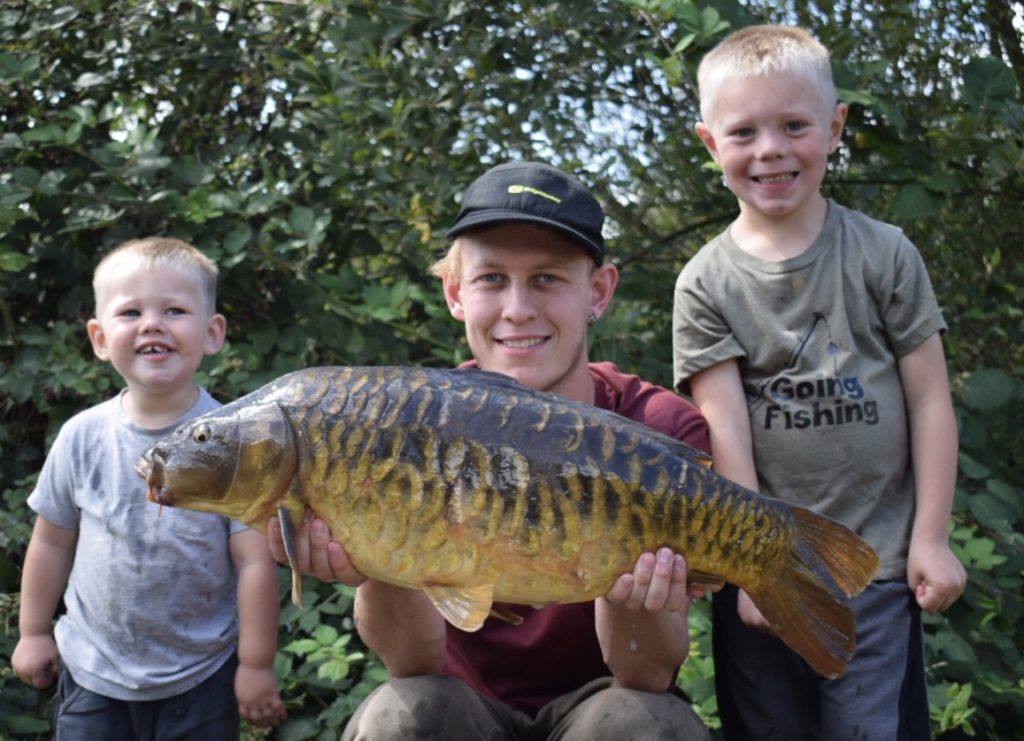 I returned back down the lake a week later and thought I’d give the same baiting tactic another try to see if it was a fluke or not. I opted for a similar area as the week before, only this time a different swim. It proved to be another very good weekend, as I went on to bank 17 fish in 24 hours! 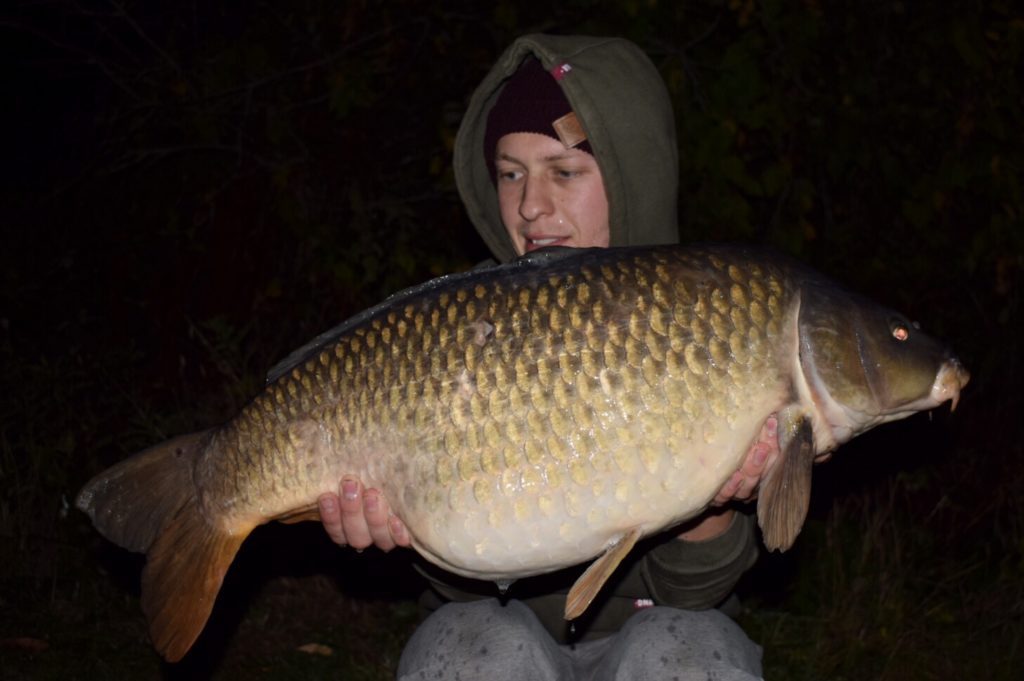 The baiting approach paid off once again

I returned for the next couple of weekends and managed to get down in the same swim. By now I had become a bit of a one-trick pony, as there was one particular spot in this swim that was absolutely rocking and I just couldn’t ignore it. Even if the fish were showing elsewhere, I still decided to get in this swim and keep the spot going. Three weekends on the trot I managed to get in the swim and landed more than 50 fish whilst doing so. Unfortunately, I didn’t get through to any of the biggest residents, but I wasn’t complaining! 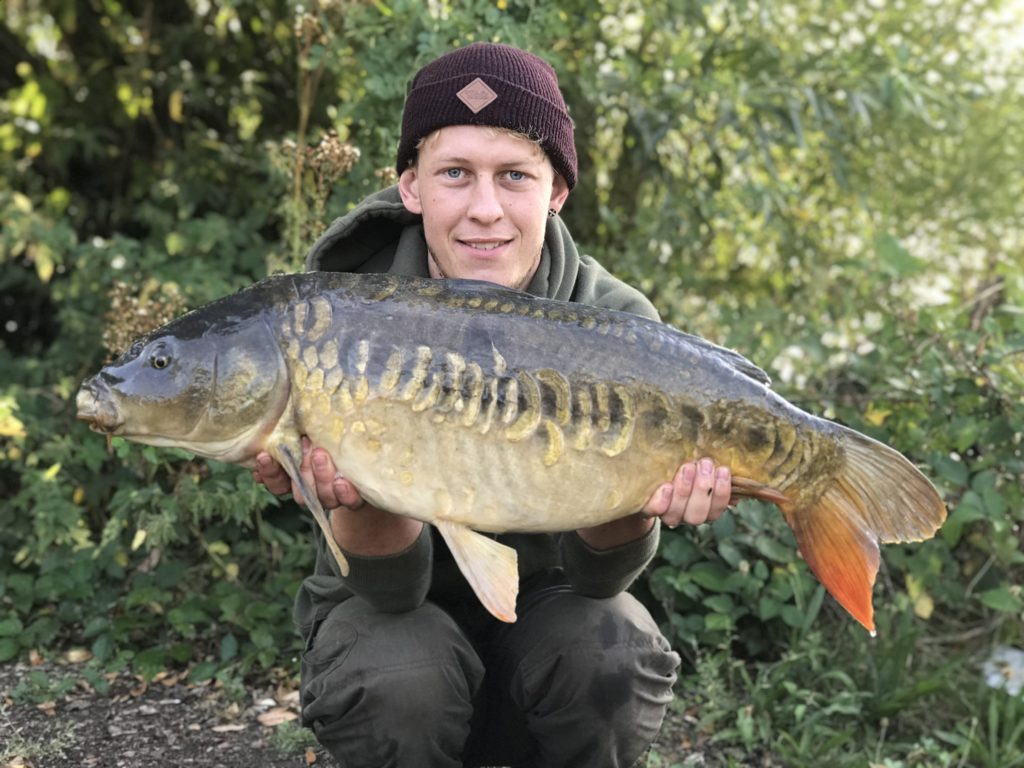 The fish just kept on coming

My bait mix remained the same for all my sessions. With the lake being quite shallow and the water level right down in the summer, bird life was a massive pain at times, but using a dark mix seemed to keep the birds at bay. This mix consisted of 8mm SLK boilies and SLK crumb, and lots of it. To that I added Crayfish Mini Mix pellets coated in the SLK Hydro Spod Syrup. Small wafters or pop-ups were used over the baited area, with PBs and Milky Malts being the most successful hookbaits. 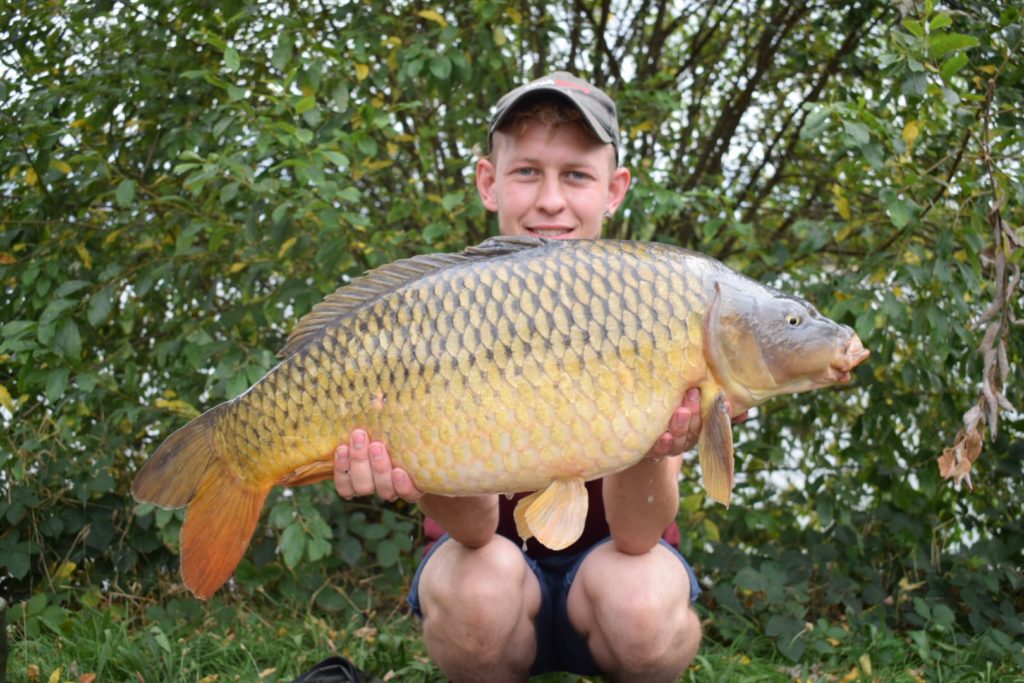 I’ve never really been a winter angler as, being a chimney sweep, it’s a very busy time of year for me. I did manage a few nights through the winter, but the fish played hard to get and I struggled to get amongst them again. However, my summertime results certainly proved that you can quite easily turn your 5/6-fish weekends into 10-plus-fish sessions by going against the grain and thinking outside the box. It sure did work for me last year on Willow Park Fishery, with more than 70 fish succumbing to my net. I will be giving the place another go this year to try and get amongst some of the bigger fish, and hopefully my good results will continue! 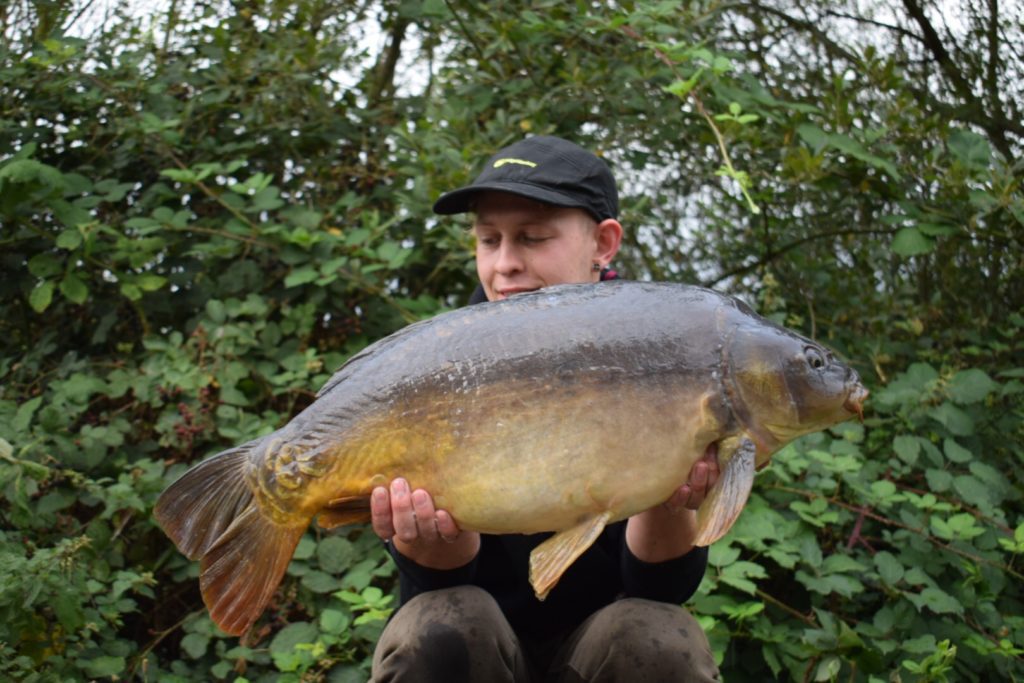