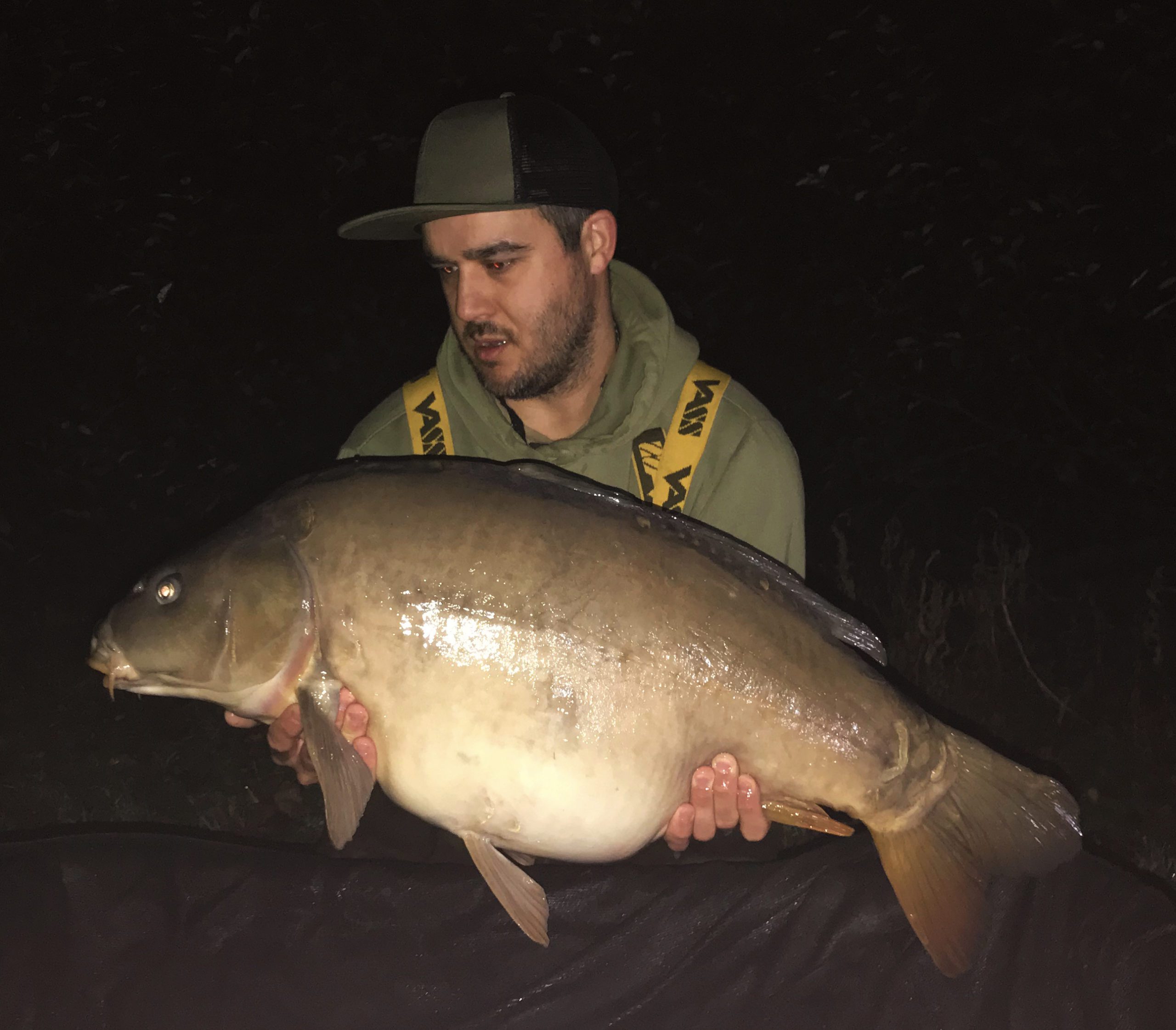 A six-fish hit on his local syndicate venue saw Richard Thorpe from Leicester cap a memorable session with the lake’s biggest fish so far this year and a new personal best!

The 33-year-old regional manager was faced with poor fishing conditions – high pressure and a flat-calm lake – but still managed four twenties to 26lb 12oz, as well as the highlight of the trip, a 37lb 8oz mirror.

The big ’un came after Richard spotted a few fish show at long range. He rigged up with a Switch bottom bait tipped with a 12mm pink Switch Half Tones pop-up, attached a three-bait stringer and chucked it out 120 yards. He then baited over the top with 30 Switch freebies and an hour later received a single bleep, which turned out to be a take. The rest, as they say, is history.

All Richard’s other fish fell to the same Switch-based tactics.