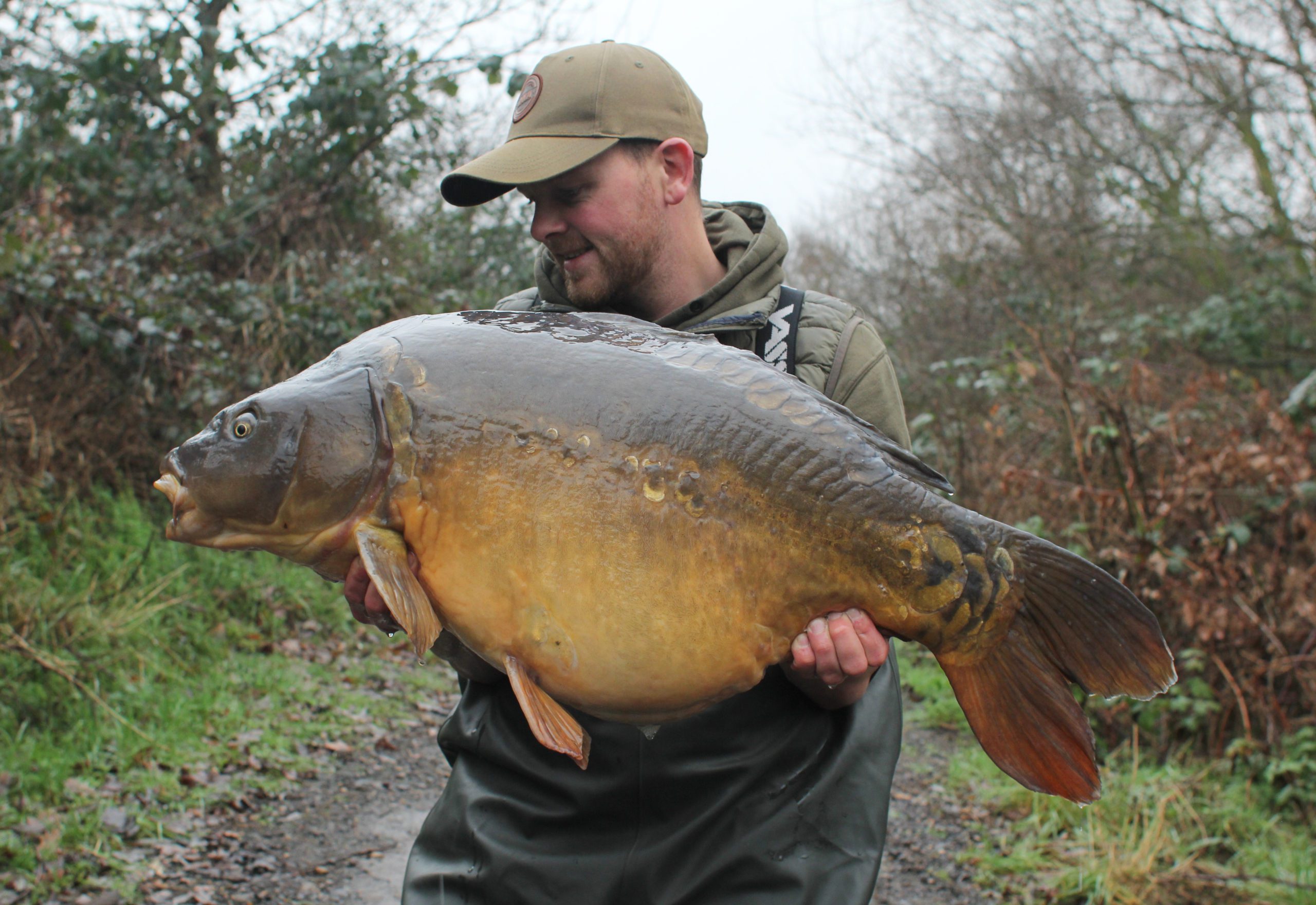 NICKY ON A ROLL AT CHASE LAKES

The run of success on Dagenham’s Chase Lakes has continued for Nicky Mills, with another of the venue’s largest and most-coveted fish giving itself up.

Nicky, who landed Moonscale at 40lb 8oz from the venue just after Christmas, backed up by two other fish to 34lb, used the same tactic of a 12mm Milky Malt pop-up, fished over a mixture of 8mm Bug and Switch boilies, along with some Bug pellets, to add this 39lb park-lake mirror to his tally.

We are sure Nicky isn’t finished there either!