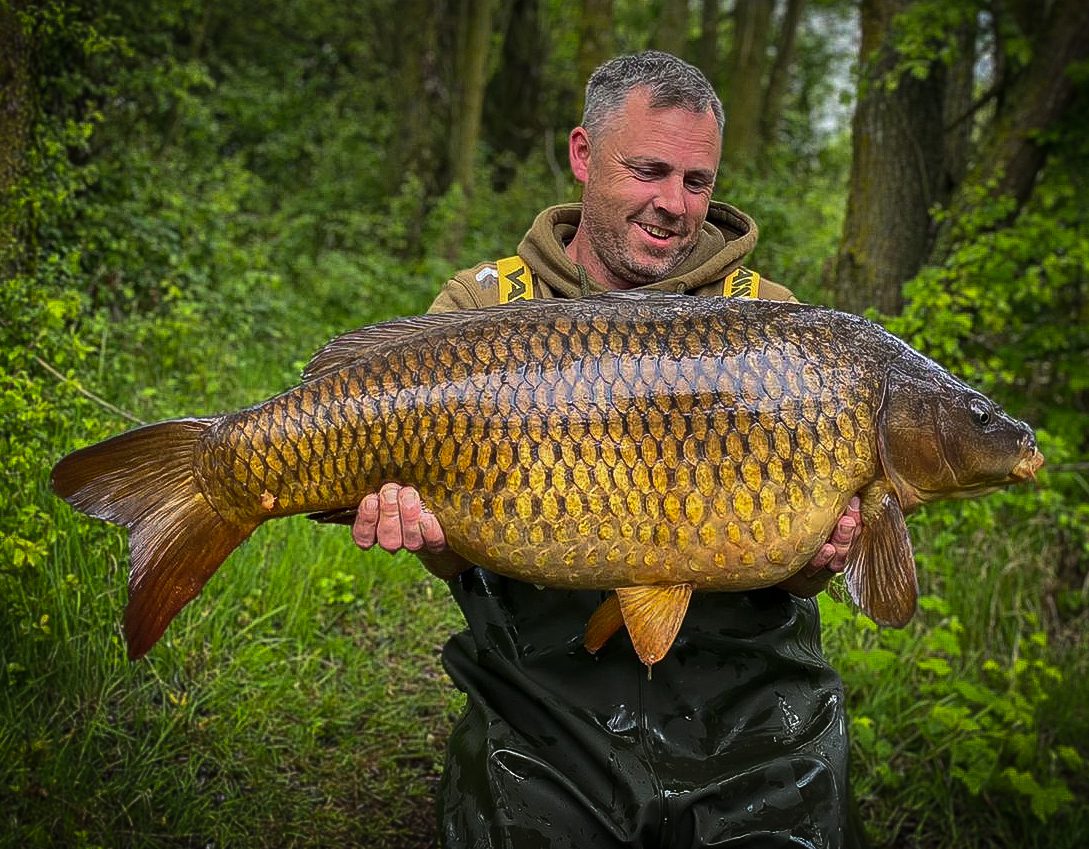 It was a night of highs and lows for Jody Penn when he put in an overnighter on the Wellington syndicate in Herefordshire, but importantly, it was the session-ending high that he will remember the most!

Jody explains: “I kicked off the session with a 29lb 8oz mirror, which was followed by a mid-double common that wiped out both my other rods!

“I then opted to change the other two rods to the same-length zig and had a run at first light. This felt like nothing that I had hooked before; I couldn’t gain anything on it and it took me all over before my zig line parted at the hook. Yes, the rod went for a swim in frustration after that!

“However, I got another zig made up and back out and 15 minutes later it was away again! Incredibly, on the end was a new lake-record common at 35lb 5oz and a brand-new personal best for me. Absolutely buzzing!”

Jody’s zig-caught fish gave themselves up to foam hookbaits that he had been soaked in Sticky Sweet.