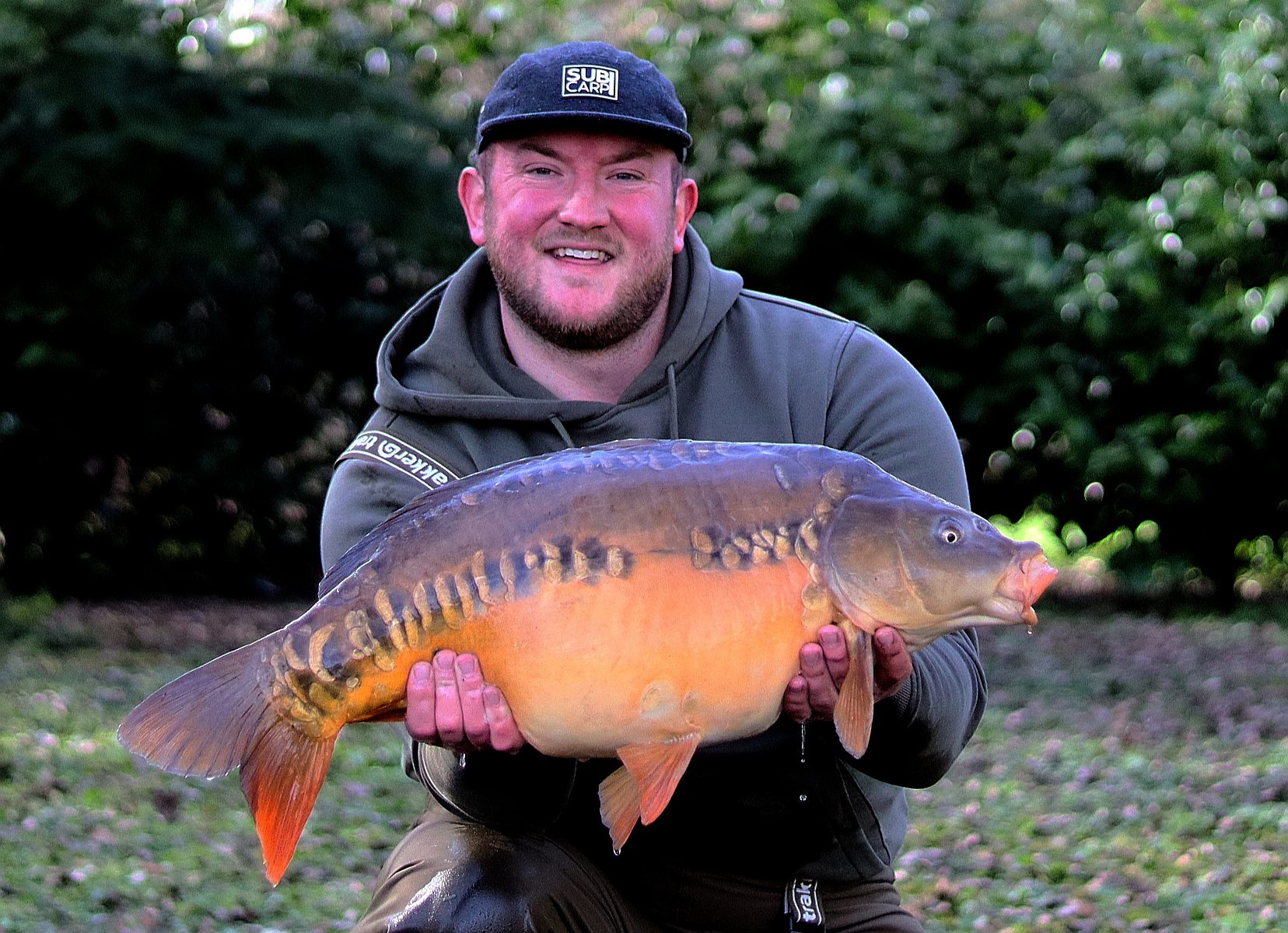 Off the mark for the year

Shane Baker from Dartford was buzzing to land his first fish since December during a day session on a private Kent venue.

The 27-year-old PE teacher used his ever-faithful German rig to present a 15mm Switch bottom bait that he had soaked in Hydro Wheat tipped with half a Milky Malt pop-up over a mixture of Hydro Wheat-soaked Switch and S7 freebies.

The result of his efforts turned out to be a pretty mirror of 21lb, his first fish in two months and his first on his new rods and reels.