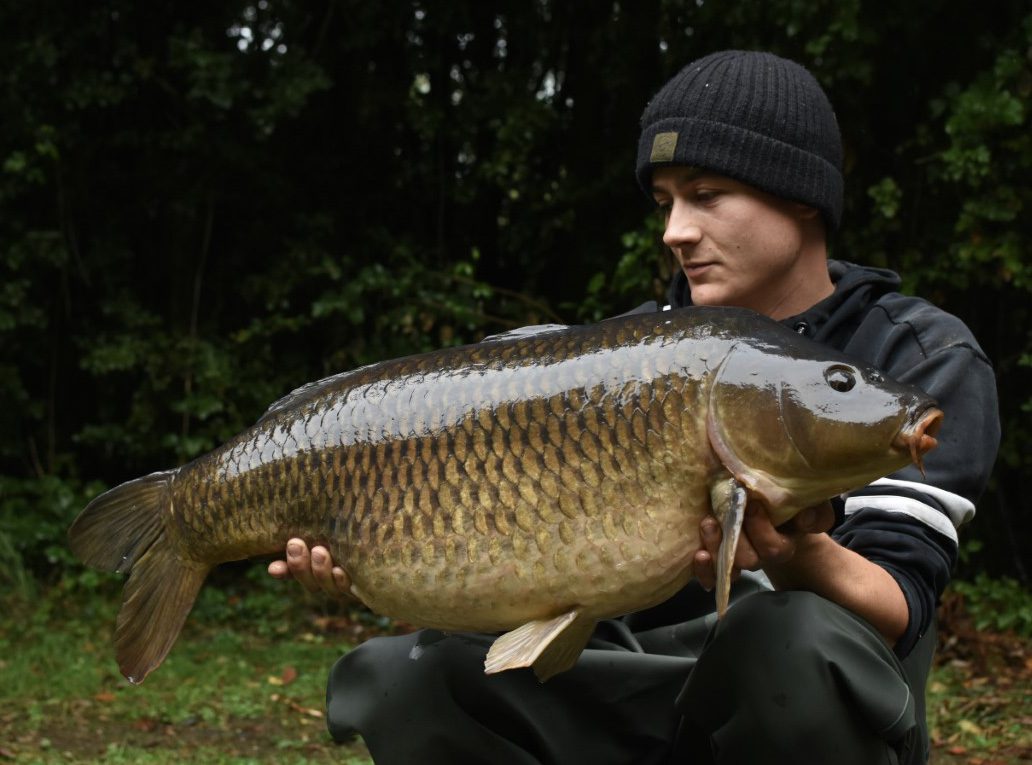 Off the mark on Farriers

Jordan Hobbs opened his account on the Carp Society’s Farriers Lake with one of its typically beautifully conditioned commons.

Though not one of the monsters the lake is famed for, at 28lb 7oz it was a more-than-welcome opener for the 24-year-old from Trowbridge, who also managed four tench during his 48-hour stay.

The fished succumbed to a 12mm Switch Half Tones pop-up, which Jordan fished amongst a bed of 12mm Switch freebies.

Look out for Farriers in Mark Bartlett’s ‘Two Waters, One Session’ video, which will be going live on the DNA YouTube channel this Friday.