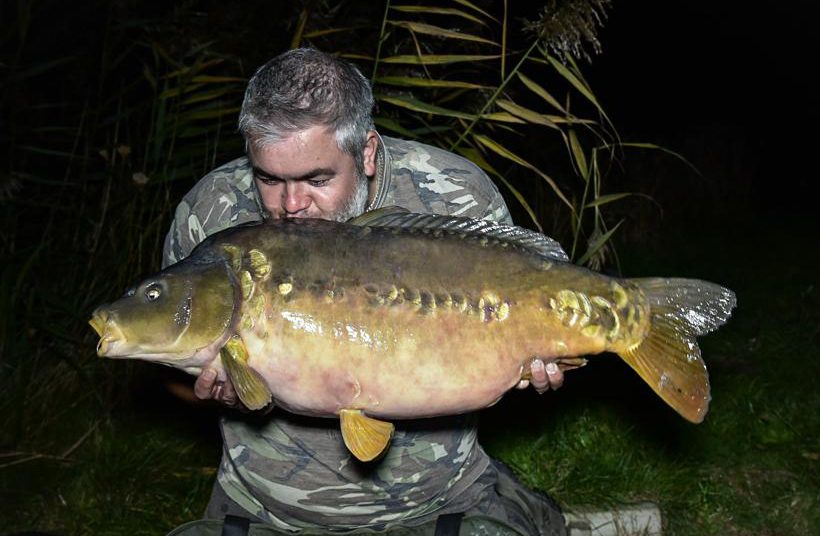 Instead of going to France this year, Daniel Johnston and his friend, Adam, decided to go on a tour of local venues over the course of a week.

The intrepid pair visited five venues in total, landing three thirties, two personal bests, two lake records and a host of other fish during what turned out to be a memorable week’s angling.

Daniel takes up the story: “We started at Poachers Pool on Holme Fen complex. The chaps before us had blanked and seen very little. When we saw a fish crash near the tree line, we flipped a coin for swim choice. Adam won and went into the swim where the fish had showed, whilst I set up on the opposite end of the tree line.

“After a quiet start to the session, with not much to go on, Adam had a take on the last morning and, after a dogged battle, slipped a 31lb 3oz mirror into his net, earning him a new UK PB in the process.” 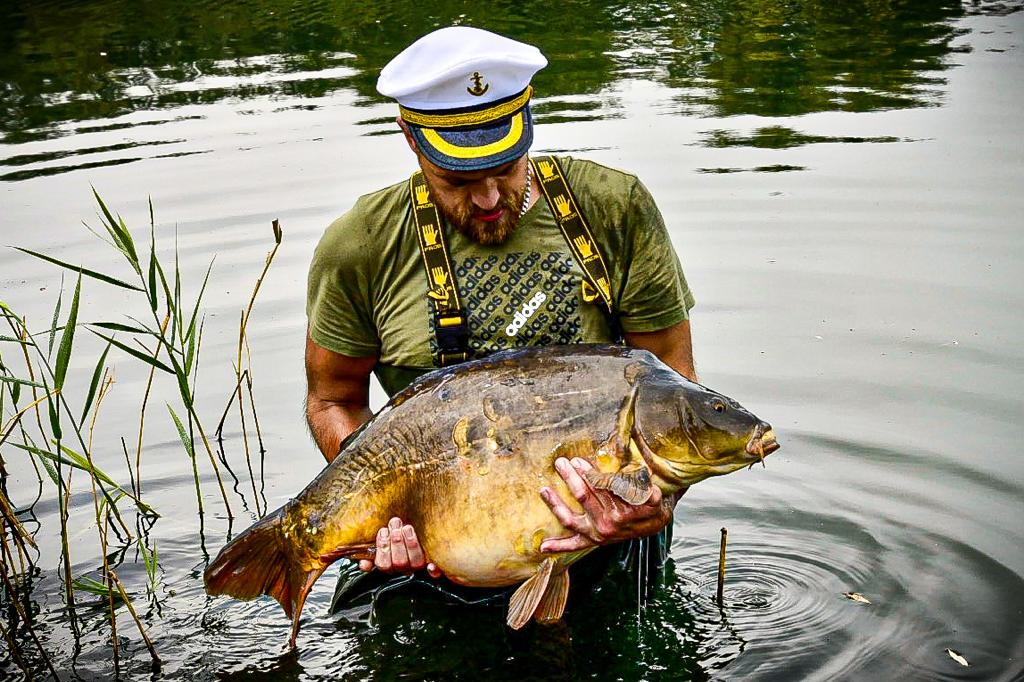 This fish fell victim to a Bug wafter that presented on a multi-rig over a mixture of Bug freebies.

Daniel continued: “We moved on to Willow at Fenland Fisheries, where we tried to make the best of limited swim choice. I opted for a quiet sunny bay on the back of the wind, and Adam chose a mid-water swim. We ate well, but sadly blanked.

“We moved on to Queen’s Secret in Ely, where Adam chose a swim on the front of the wind and I dropped into the peg next door ahead of a forecast wind change the next day. Adam was rewarded with two quick bites on Bug wafters, two stunning mirrors, one at mid-doubles and the second a single but a beautiful VS fish. I had a quiet night and lost one early morning.

“I was feeling pretty low and just going through the motions when the wind started to blow into my face. I quickly positioned a Secret 7 wafter on a slip-D tight on the reeds to my right and later received a stuttering take. My prize for being so patient was a 33lb 1oz mirror, a record weight for the lake by a good 2lb! 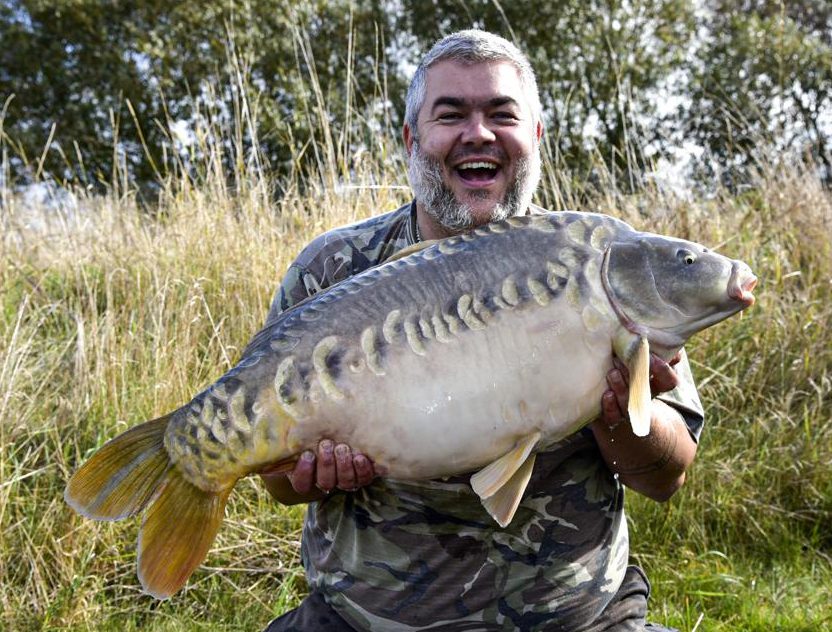 “I put the rod back out, but that was to remain silent for the rest of our time there. I replaced my left-hand rod after picking up the line during the fight and just after another lovely dinner, the rod let out a few beeps and the bobbin pulled up tight. I wound down to the fish and it took off fast to my right. It was an exhilarating fight, until I finally managed to get its head up so Adam could net my prize. As she was resting in the net, we both commented on how wide she was – it was easily a good twenty! As we weighed her in the last of the dwindling sunlight, the scales were showing a weight of just under 35lb. We called the fishery’s owner to come and verify the weight. He confirmed it was a fish called Frankenstein up in weight after going nearly two years uncaught at 34lb 12oz, a second lake record and a new UK PB for me! All on the S7 fished on a slip-D over S7 chops, hemp and pellets.

Frankenstein at 34lb 12oz, our second lake record of the week!

“We left there the next day and headed on to Stretham Lake, a tricky two-acre lake by the side of the A10. We had a victory curry to celebrate our good fortune, but we had no carp overnight.

“To bring this epic trip to a close, we dropped on to our club lake for a social and took advantage of some sunny weather. Adam crept around the far side of the lake and snared a lovely dark common from under a bush and had a known fish called Finlay just before dinner on his favourite big-fish bait, The Bug, and his trusty multi rig.”