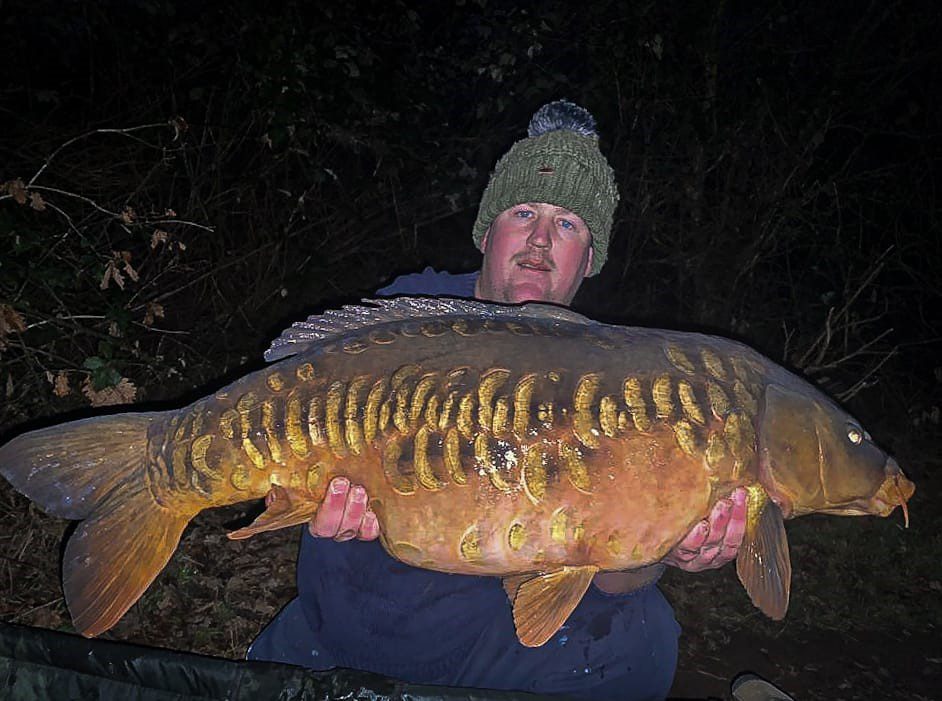 PB BLITZED IN JANUARY ON FIRST TIME USING THE BUG!

Adam Wilton decided to start his brand-new syndicate ticket with a brand-new bait, having seen so many great catch reports on The Bug.

With his ticket beginning on 1st January and a big order of Bug under his belt, Adam decided to put in his first 24-hour session on the Essex syndicate, hopeful of getting off the mark at the first attempt.

Adam opted to bait an area with a few kilos of 12mm and 15mm Bug boilies, fishing over the top with a Ronnie rig baited with a white Bug Half Tones pop-up.

What a result! Well done, Adam.