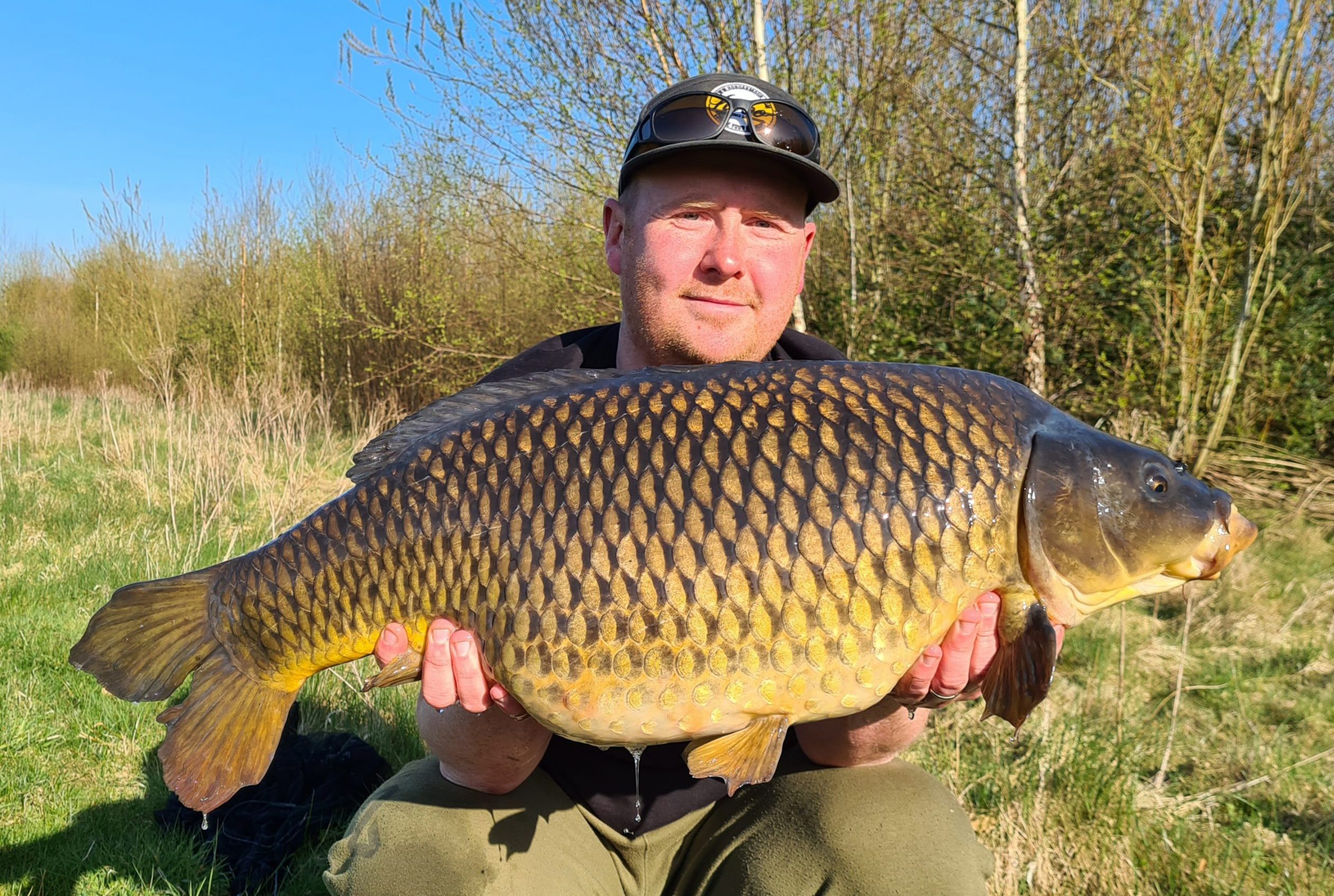 Mike Darbyshire’s first session on his club lake saw him land his biggest-ever fish from the water and break his PB common in the process!

The 31-year-old from Stockport, who was on a two-night stay on his Manchester club lake, said: “This was my first session back on my club water in three months, so I started off lightly, with just a handful of SLK boilies scattered around a PB pop-up, and that landed me a mint 16lb 1oz common.

“The morning after there were more fish in the swim, so I put out a sloppy mix of SLK crumb, Pineapple Hydro Spod Syrup and corn to the area and fished a zig in the middle of it. That resulted in my biggest fish from the lake to date and a new PB common at 26lb 2oz.”