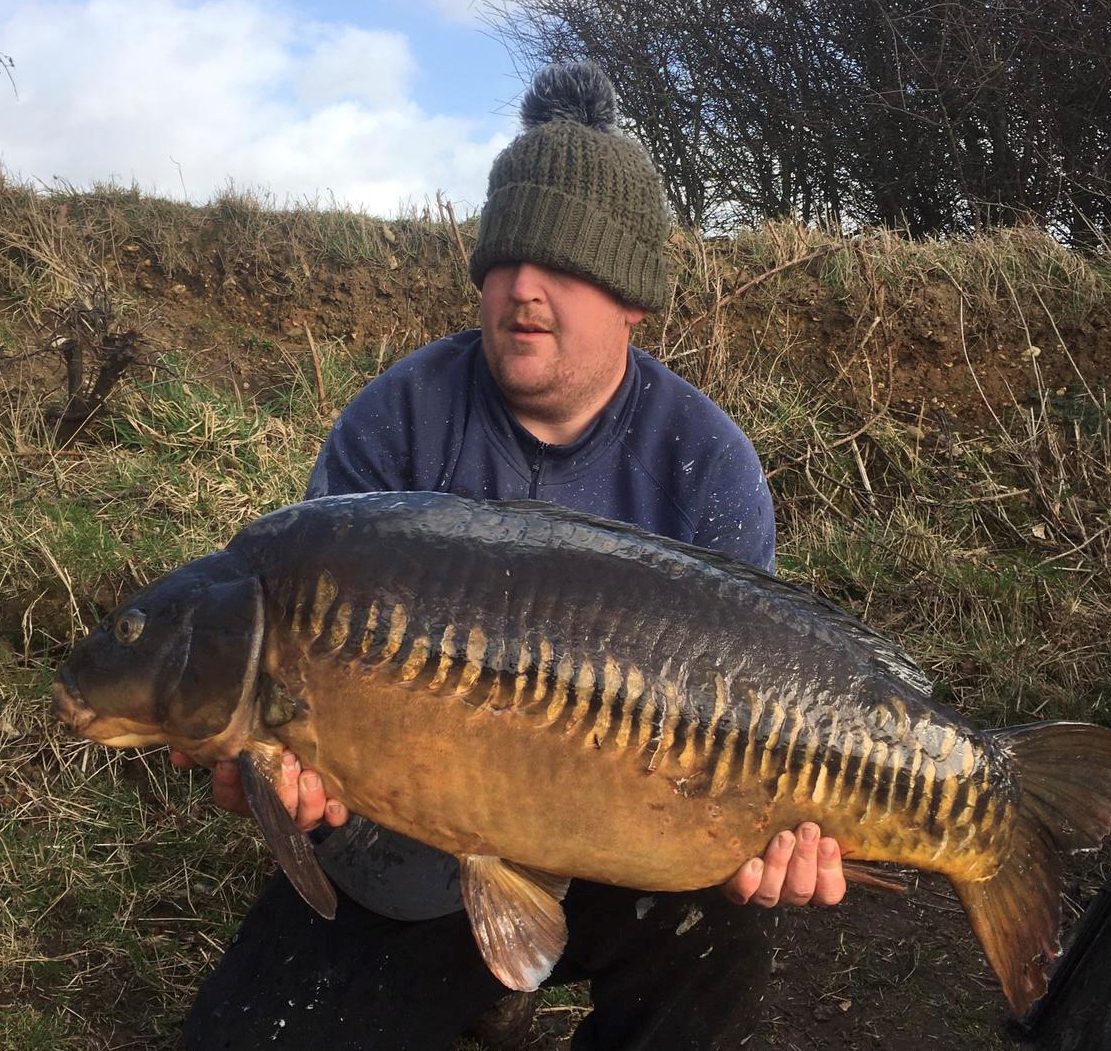 It may only be February, but Adam Wilton has already smashed his personal best twice on The Bug this year, having recently landed his first UK forty!

Whilst doing a 72-hour session during the recent storms, and on only his second-ever session on his new Essex syndicate, Adam was rewarded with an immense 42lb linear, smashing his previous PB of 33lb set last month.

Adam decided to give the fish plenty of grub, spodding out three kilos of Bug boilies soaked in Bug Hydro Spod Syrup on the Friday, which clearly pulled the fish in, and he received his take on a white Bug Half Tones pop-up on a Ronnie rig fished over the baited area.