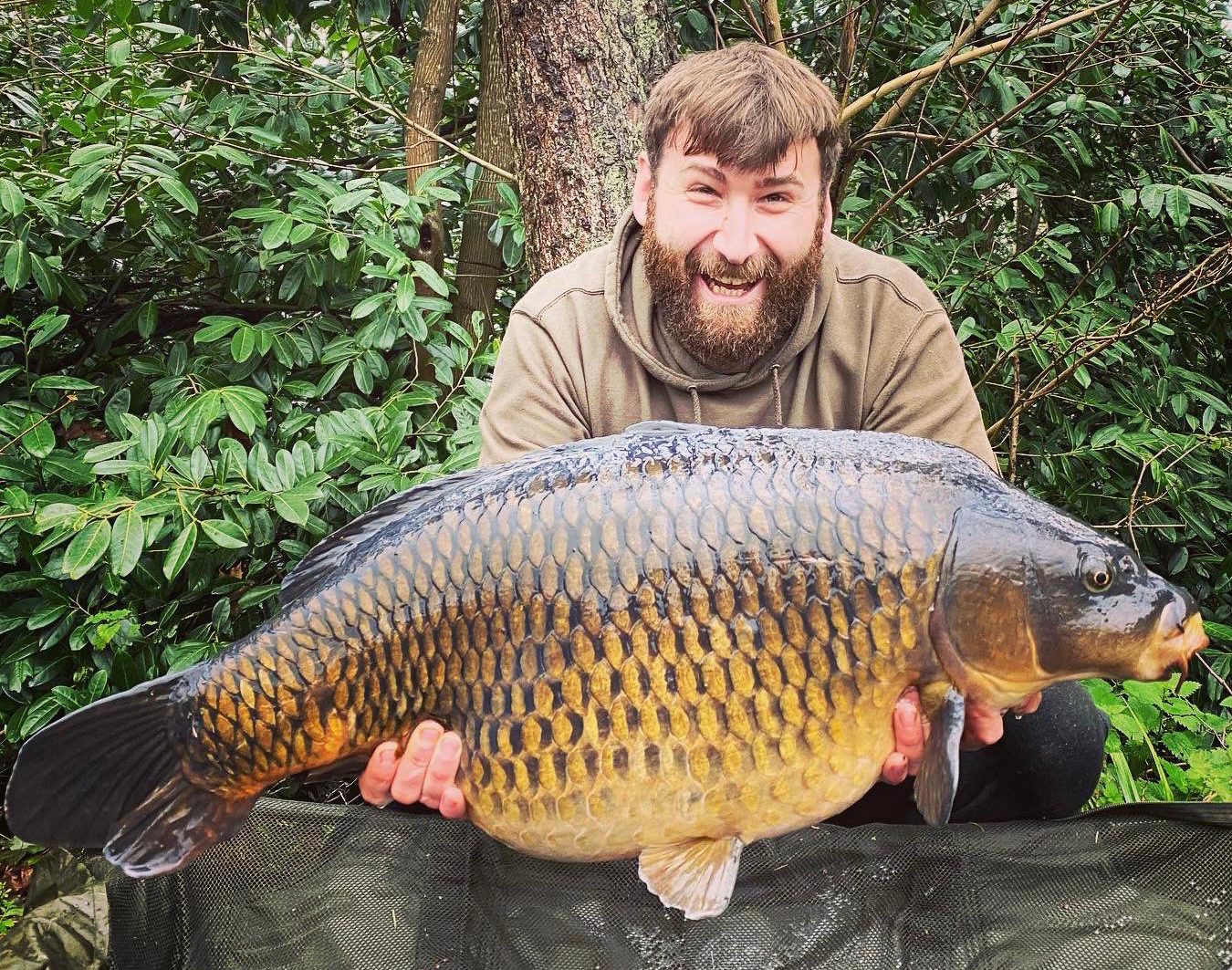 PB smashed with target fish on The Bug

Bradley Strickland’s first introduction to our test bait, The Bug, saw him land his target fish and smash his PB in the process!

The 26-year-old from New Milton was fishing a local club water when he tripped up the 29lb 10oz common, which he backed up later in his session with mirrors of 28lb and 25lb 4oz.

Speaking about the session, Bradley said: “I arrived at the lake buzzing with anticipation and excitement and even more so when arriving in the peg. We had a good feeling about it, especially when there were clear signs of fish feeding hard on the bottom. They were only around 30 yards out, so I set up a rod as quickly and quietly as I could with a slip-D attached to a helicopter system. Knowing the bottom would be quite soft, I put it out with a 15mm Bug bottom bait tipped with a trimmed-down 12mm Fruitylicious pop-up and, just to protect the hook point, a small bag of Crayfish Mini Mix pellets. As well as this, I added a few pouches of Bug boilies that I had soaked in matching Liquid Food the week prior. 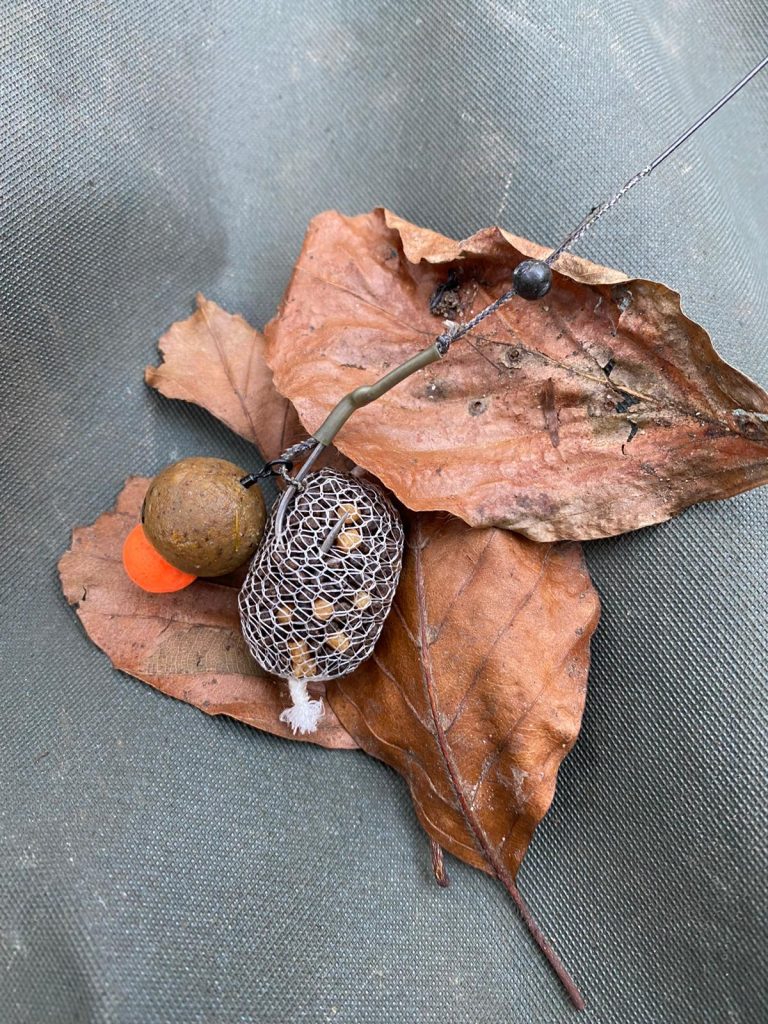 A Bug and Fruitylicious combo

“I left the rod to do its job, only for it to rattle off earlier than expected! After a short tussle and a few last-minute lunges in the relatively deep margins, it slipped over the cord and I had an inkling it was my target fish. After getting her on the bank and in the Cradle, I was sure it was her. She weighed in at 29lb 10oz, which smashed my PB by nearly 12lb!

“I was in disbelief, as it was my first fish from the venue and the one I wanted more than anything.

“The second fish fell to the same technique, but this time on the second rod fished at 60 yards to a channel by the island. I had a bleep on the receiver at bang on 12am, and by the time I could react, it was off. This was a 28lb mirror, which would have also smashed my previous PB. 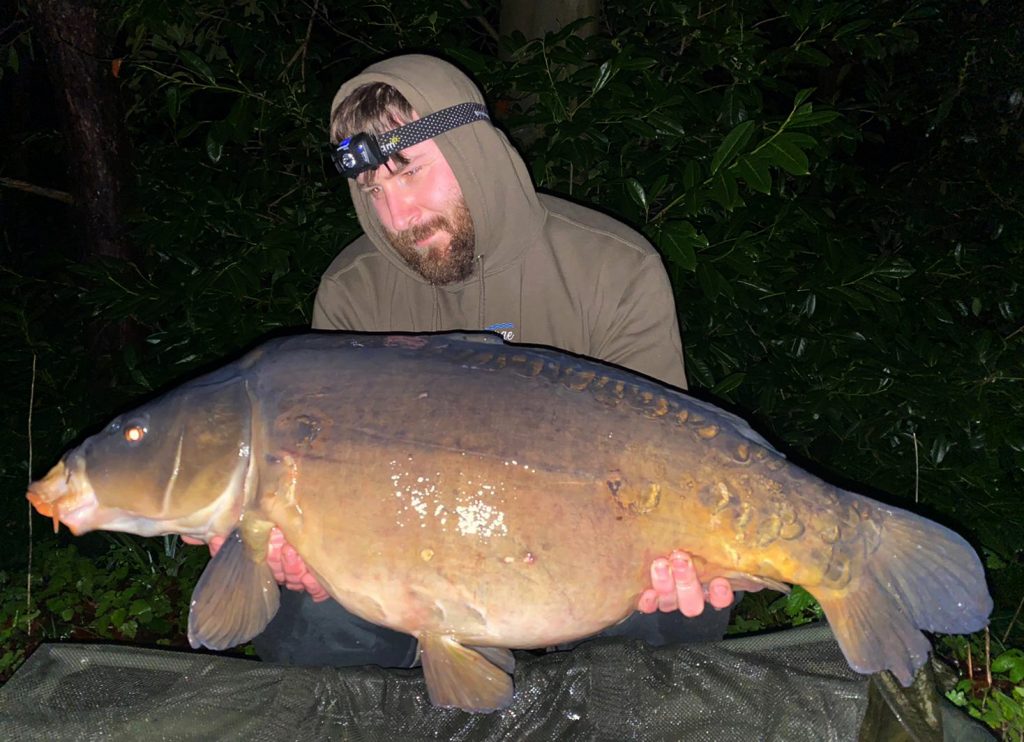 “The third fish was the same technique again but from an open-water spot. It fought like a train and had me on the run-around after about 10 minutes. Finally, it was in the net and weighed in at 25lb 4oz.” 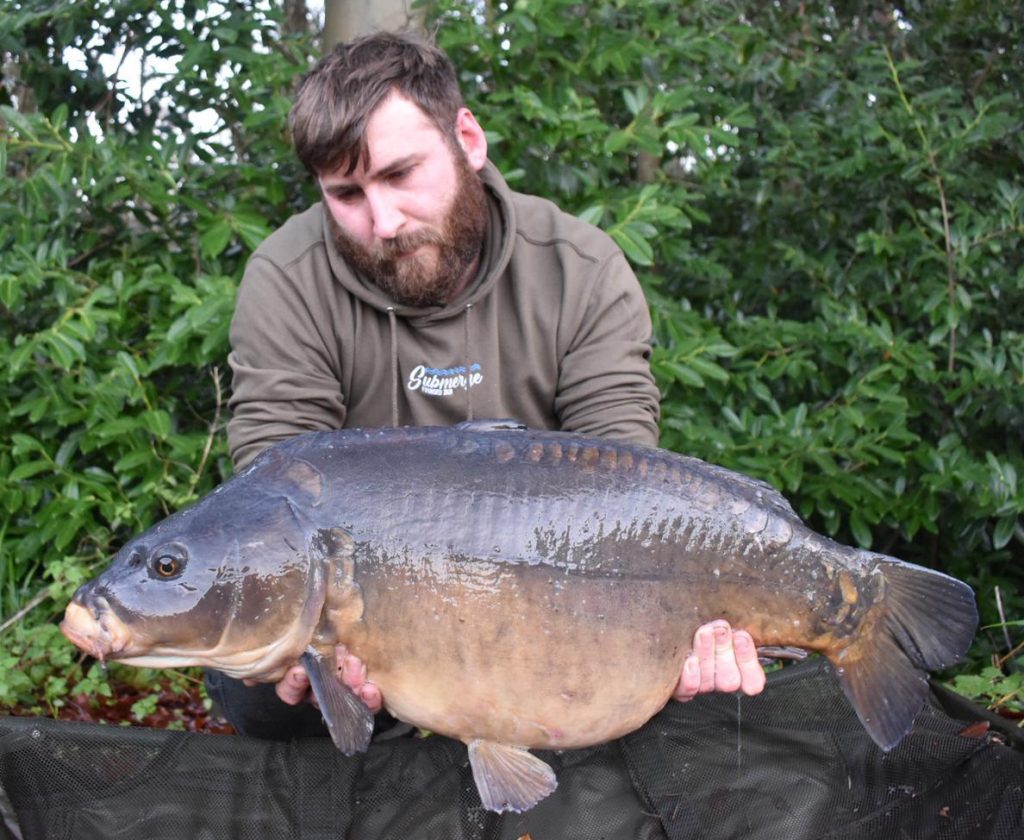