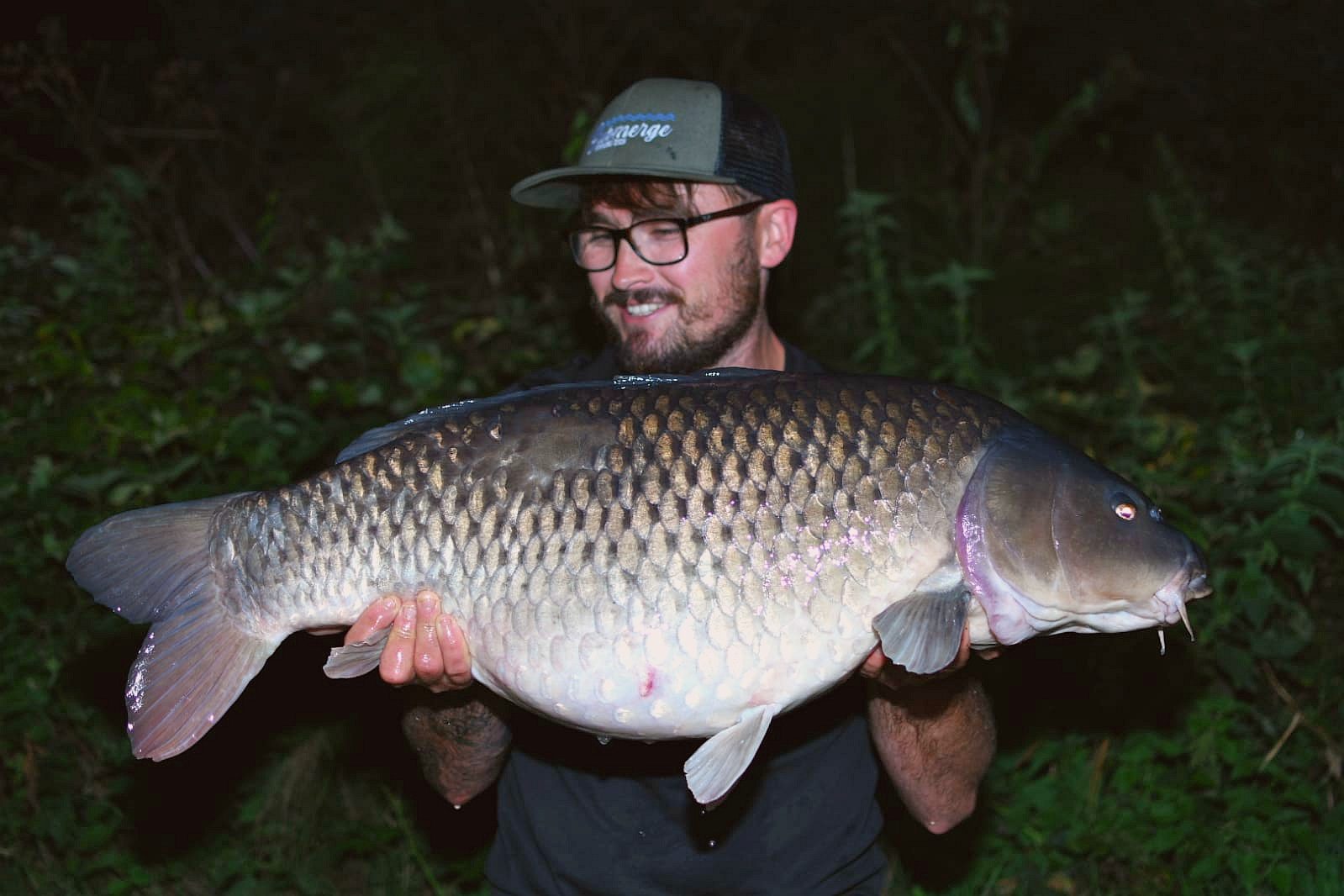 Alex Gould managed to turn around two huge disappointments in the same week and end it with the capture of the ‘king of the pond’ from his syndicate, a rarely caught 34-pounder known as the Scar Common.

Alex takes up the story: “After my French trip was cancelled due to Covid, I said to my cousin we should head up Linear for a few bites. Man, I was wrong! Four different swims on two different lakes and I couldn’t buy a bite!

“By Tuesday we decided it was time to leave, so I dropped my cousin off and headed back home, the whole time thinking I should head down to my syndicate, as some of the big girls were due. I had also put out 8kg of hemp and maples and 2kg of the Switch in the week before.

“So, I got changed over to my 10ft rods, got some boilies soaking and picked up some hemp and maples. After choosing a swim, all the rods went out first time and it didn’t take long, sometime around 7.30pm, before my right-hand rod ripped off! After a big, explosive battle, I had the king of the pond in the net, the Scar Common, weighing in at 34lb. This fish had only been out twice in three years and is one of the most-coveted A-team members. That one fish made up for not going to France and a blank at Linear.” 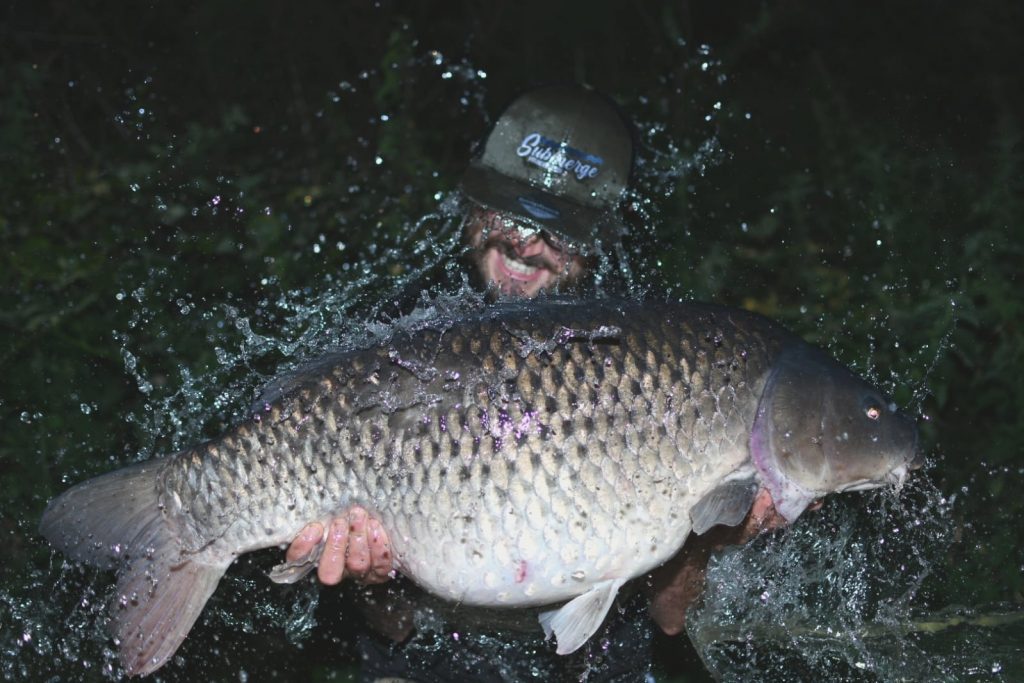 “I decided to carry on, as I don’t normally get much more than a night for my fishing, and managed a 15lb koi in the day, which was followed that night by another stunning common of 27lb.

“All fish fell to Switch Hard Hookers that I coated in Switch EVO Liquid and Liver Powder, tipped with a 12mm pink Switch Half Tones pop-up, over a mixture of Switch boilies, hemp and maples.” 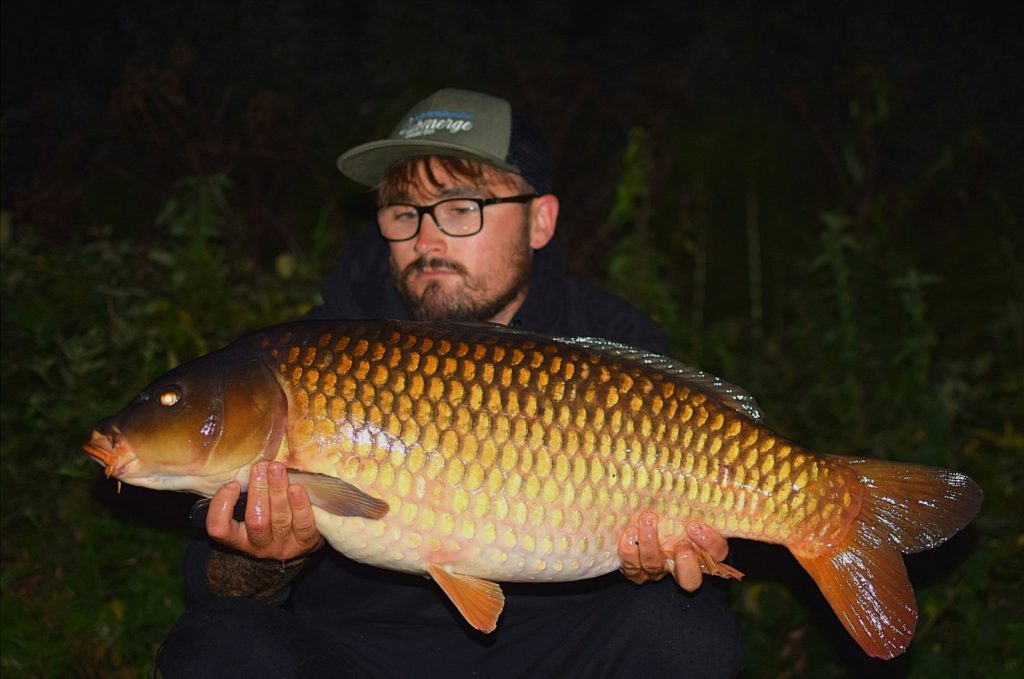 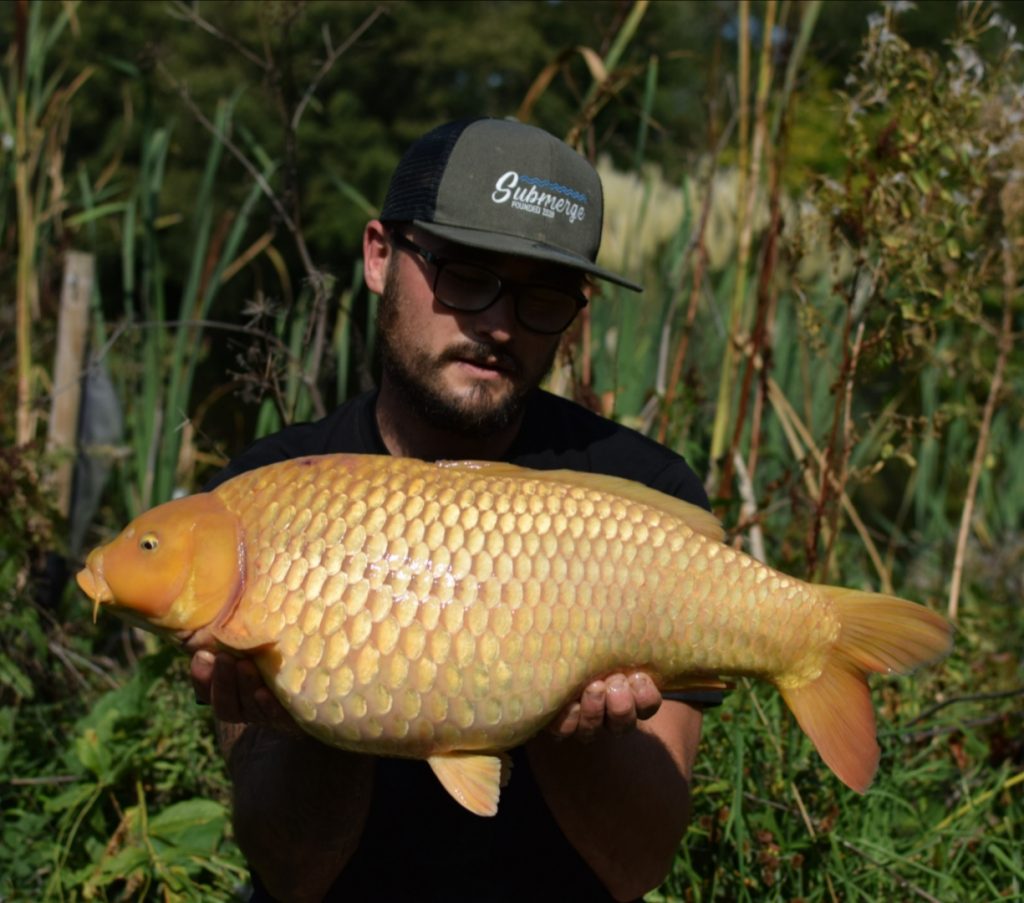