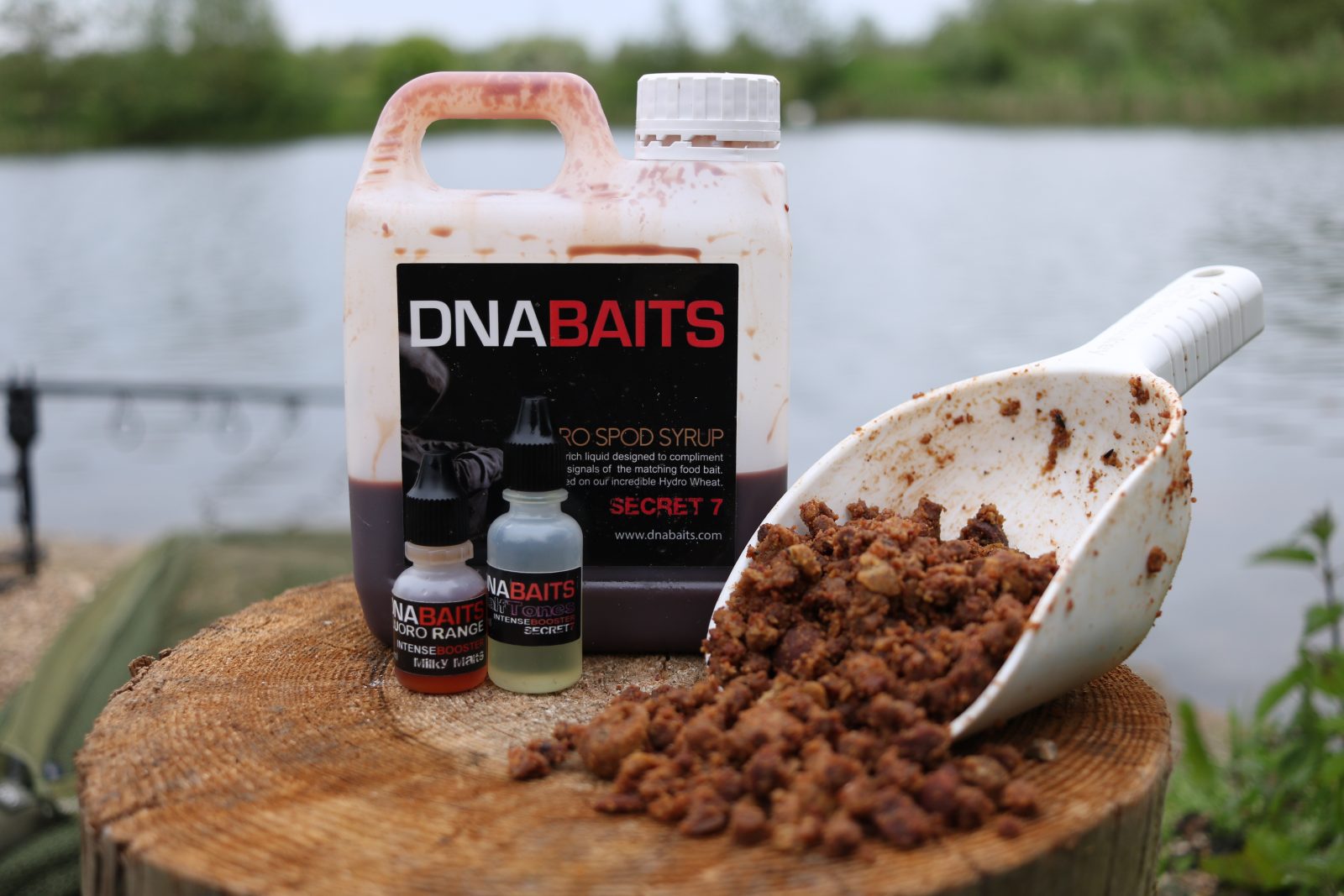 I have now been using the DNA range since 2013 and during that time I have worked my way through most of the products in the range. However, something that has always been a permanent fixture since the first time I had it on the bank is the incredible S7.

The S7 catch reports speak for themselves, but I’ll always remember the first time I received an order. Straight out of the bag, you just know it’s going to work; it just smells wet nets and stinky slings! It’s based on a solid red fishmeal mix, but don’t think it’s any ordinary off-the-shelf one, as it’s made with at least seven different spices which give it that extra ooomph! It looks great, it smells amazing, but best of all, it massively helps get fish over your net cord.

I’m a massive fan of feeding a mixture of different-sized boilies. I’m currently favouring 15mm, 12mm and the new 8mm sizes, as well as adding boilie chops and crumb to create a super S7 spod mix. The S7 Hydro Spod Syrup is a fantastic addition to this mix, and soaking your chops and crumb in a mixture of Hydro Spod Syrup and Betastim for a few days before fishing gives them that extra edge over the guy in the next peg.

The extensive number of products in the S7 range means there are many options to choose from, but here’s a little edge for you that has done me loads of bites: Milky Malt pop-ups soaked in S7 Intense Booster. Shhhh… don’t tell everyone, though!

One of many S7 captures that have come my way