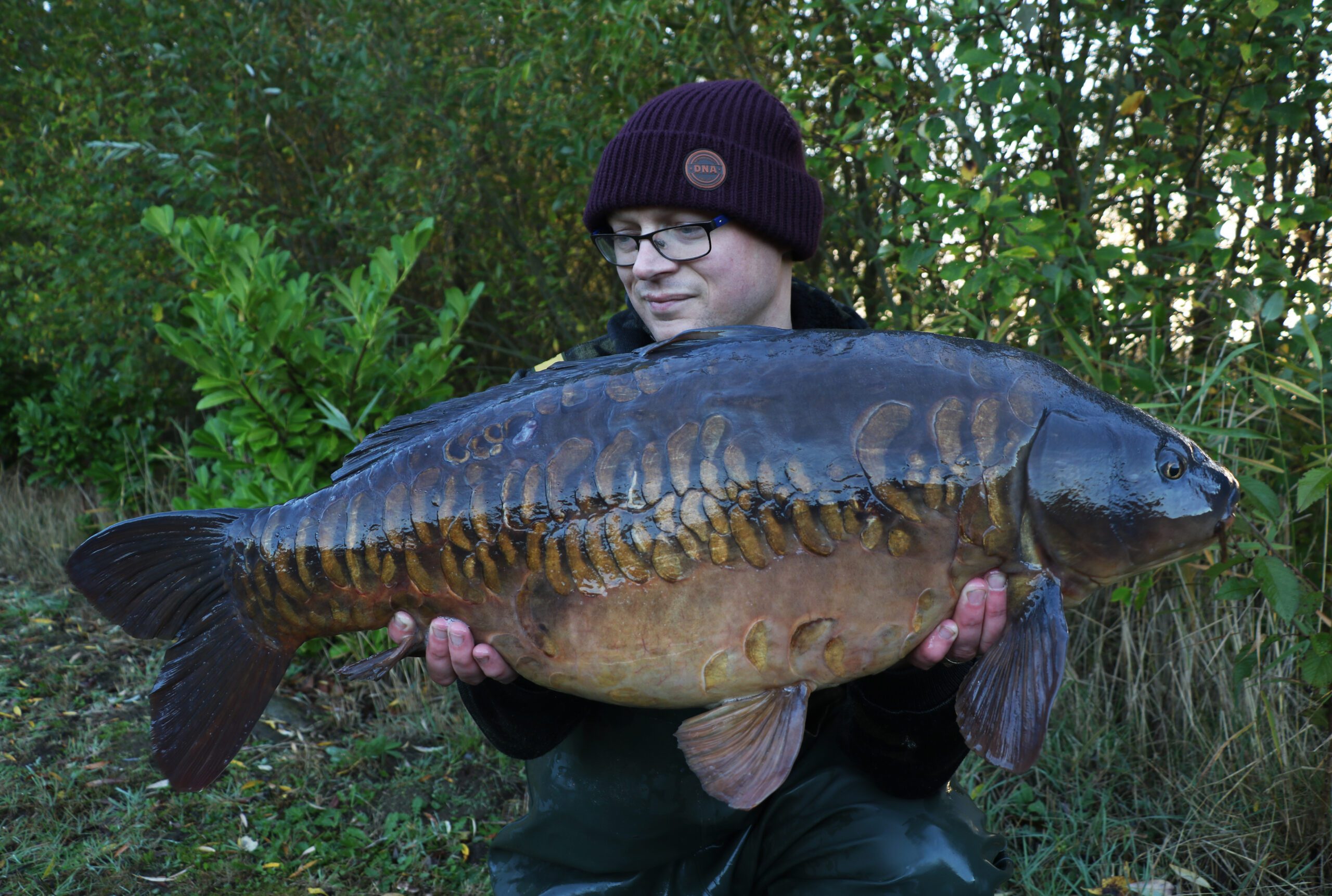 SCALING UP FOR AUTUMN!

Our very own media man, Paul Monkman, continued his good run of results on Embryo’s South Ings syndicate with another of the venue’s scaly inhabitants.

After a weekend spent with the family, Monkey headed over to North Cave for an overnighter before work the next morning, plotting up in an area where he has baiting regularly with Bug boilies this autumn.

A further spread of boilies were introduced on arrival and three bags were deployed amongst the spread of freebies, a tactic he has so much faith in at this time of year.

The night was clear and bright, with showing fish clearly visible in the moonlight. Nothing materialised until first light, however, when the rod positioned on the very edge of the bait burst into life.

Ten minutes later, whilst standing in the ever-cooling margins, Monkey slipped the net under what turned out to be another South Ings jewel, thought to be at its top weight of 25lb.