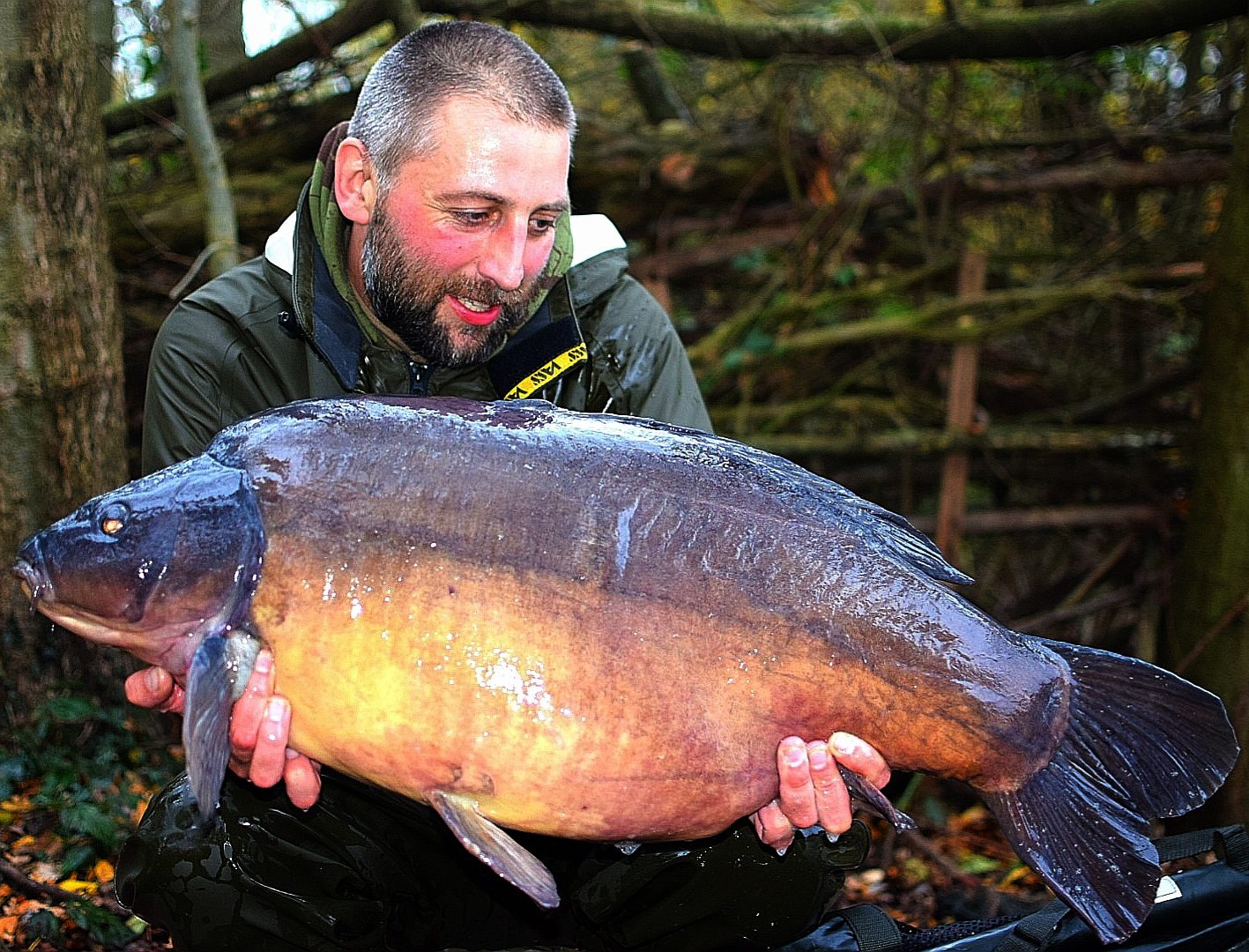 Ian Collins’ November campaign on Swan Valley in Yateley will go down as the greatest period of his angling life!

After the capture of his biggest-ever UK common of 42lb, Ian returned the following week to bag himself two more forties, a 42lb 5oz mirror and one of the jewels of the lake, the mighty Tyson at 45lb 11oz, giving Ian a new UK personal best.

Ian takes up the story of another memorable session:  “After banking one of the known forties last week, I was keen to get back on to the lake and see if it would throw up one more surprise before winter takes hold.

“Upon arrival, the swim I had fished the previous week was taken, so I set up further round the lake to see if I could tempt one out. Having seen nothing all day, and having heard the lad in the swim I wanted had to pack up and go due to being called into work, I moved in the dark, knowing my best chance would be from that swim.

“It was the middle of the next afternoon when I had my first take, coming from a beautiful chunky mirror that looked like a high thirty, so I was blown away when the need spun around to 42lb 5oz!

“The Thursday was slow, and knowing there was a cold night ahead, I wasn’t that hopeful of another fish. That was until the middle alarm started singing at 5am! I knew from the first head shake it was a good fish, but that was all I got from it before it ploughed into a weedbed. Thankfully, the weed broke away easily, and the biggest ball of weed ended up in my net. I picked away the weed to reveal a fish known as Tyson, a known mid-forty. After resting her in a sling until first light, I got her up on the scales to reveal a weight of 45lb 11oz, a new UK PB for me and one I’ll have to work very hard to beat.”

The first of Ian’s forties fell to a Milky Malt wafter inside a solid bag of Crayfish Mini Mix pellets, while Tyson succumbed to two grains of corn over a bed of 8mm, 15mm and crumbed Switch boilies. 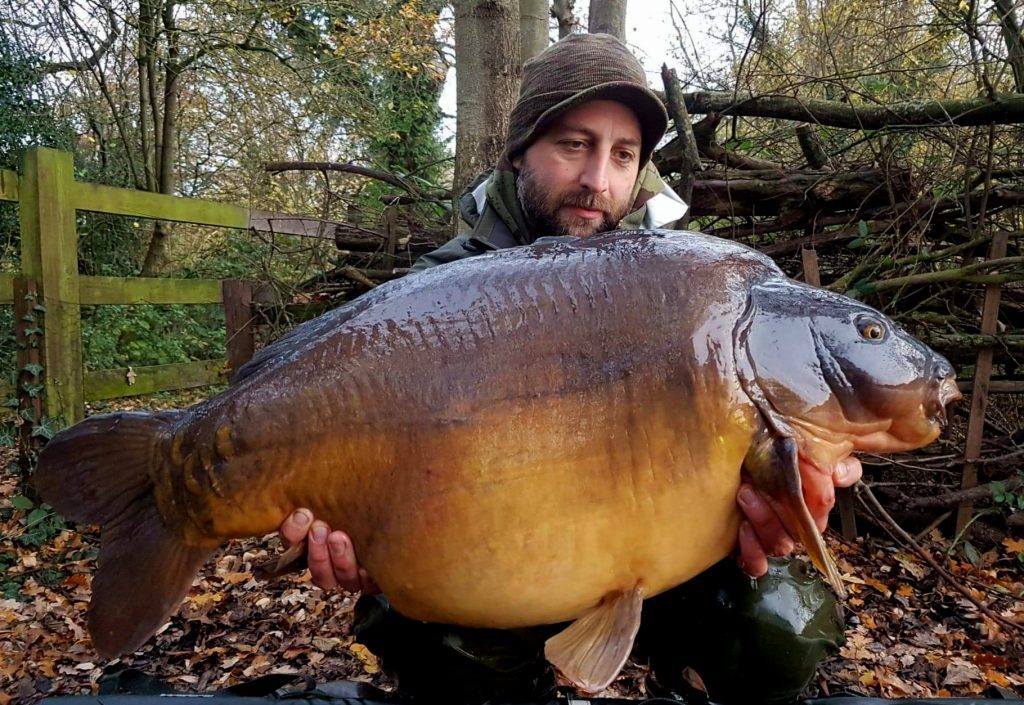