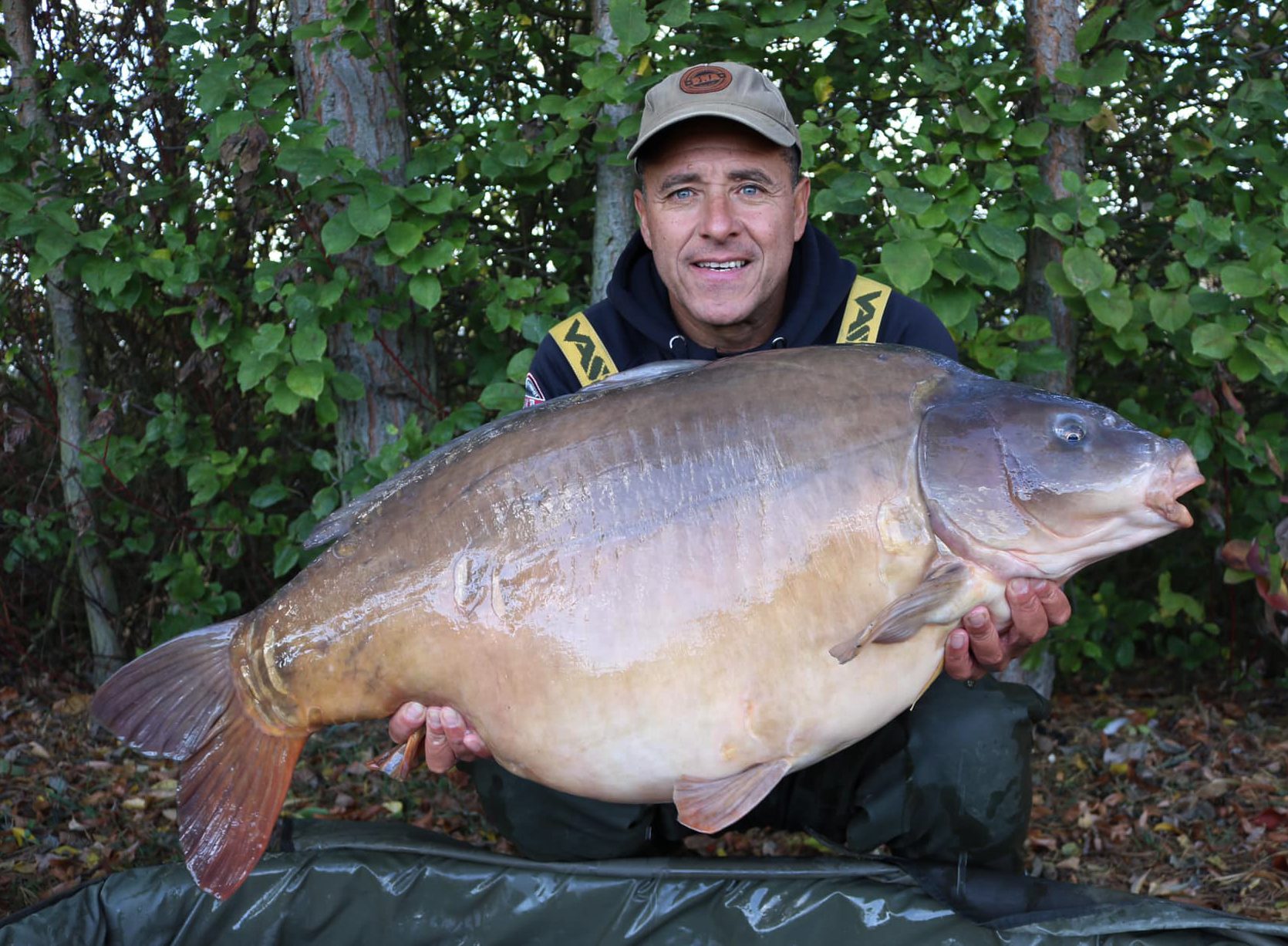 SIXTH FIFTY OF THE YEAR SETS NEW PB FOR ROGER!

Roger Bacon announced his return to Grenville Lake in spectacular fashion after a few months away by landing a brand-new UK personal best of 58lb 8oz, his sixth 50-pounder of the year!

Roger has had a busy few months away from the bank, so was itching to get back to the Cambridgeshire syndicate in pursuit of its monster carp.

Roger had to wait all Sunday to get in the area he wanted. When the time came, out went a big bed of 8mm, 12mm, 15mm and mini dumbbell Bug boilies, which he had soaked in Calanus Hydro. Nothing happened overnight, but at 2.30pm the following day he had a slow take on a Bug Half Tones pop-up and went on to land the PB-busting mirror!

By our reckoning, that’s Roger’s 12th 50-pounder from Grenville!