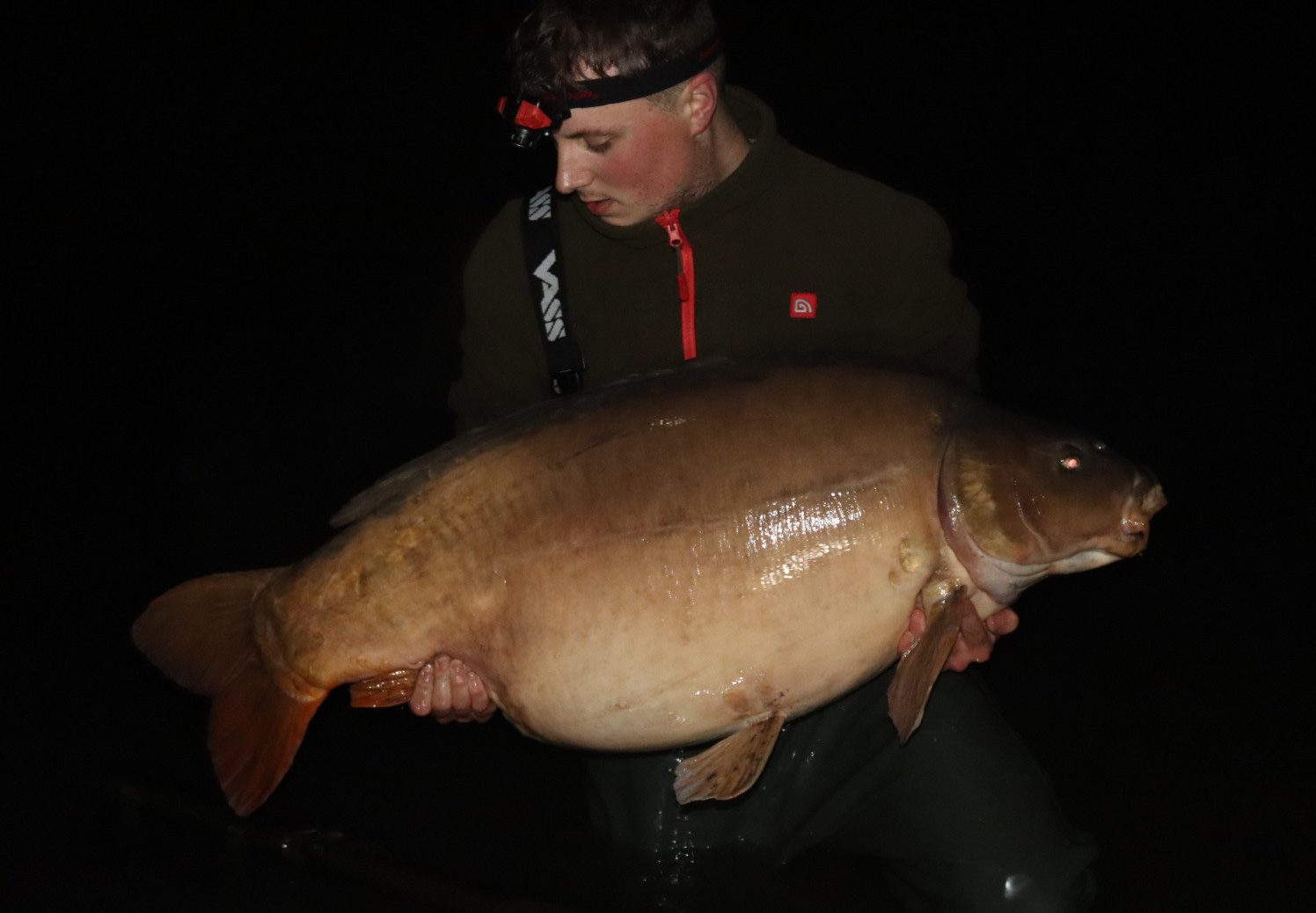 SLK throws up sixty and two fifties at Cretelakes

The SLK did what it so frequently does when Ben Jones took it out to Cretelakes in France, picking out two fifties to 58lb and a huge mirror of 63lb 7oz!

Ben, 23, from Dudley, had a relatively slow start to the week, but then the fish really got on the bait on Tuesday, with five turning up in a night, including the sixty. After catching steadily over the remainder of the week, the final night saw Ben rewarded with the second biggest, the 58-pounder, thus completing a highly successful week’s angling.

At the business end, Ben used SLK EVO hookbaits and baited with a combination of whole and crushed 12mm, 15mm and 18mm SLK boilies that he covered in SLK Hydro Spod Syrup and Fish Hydro.