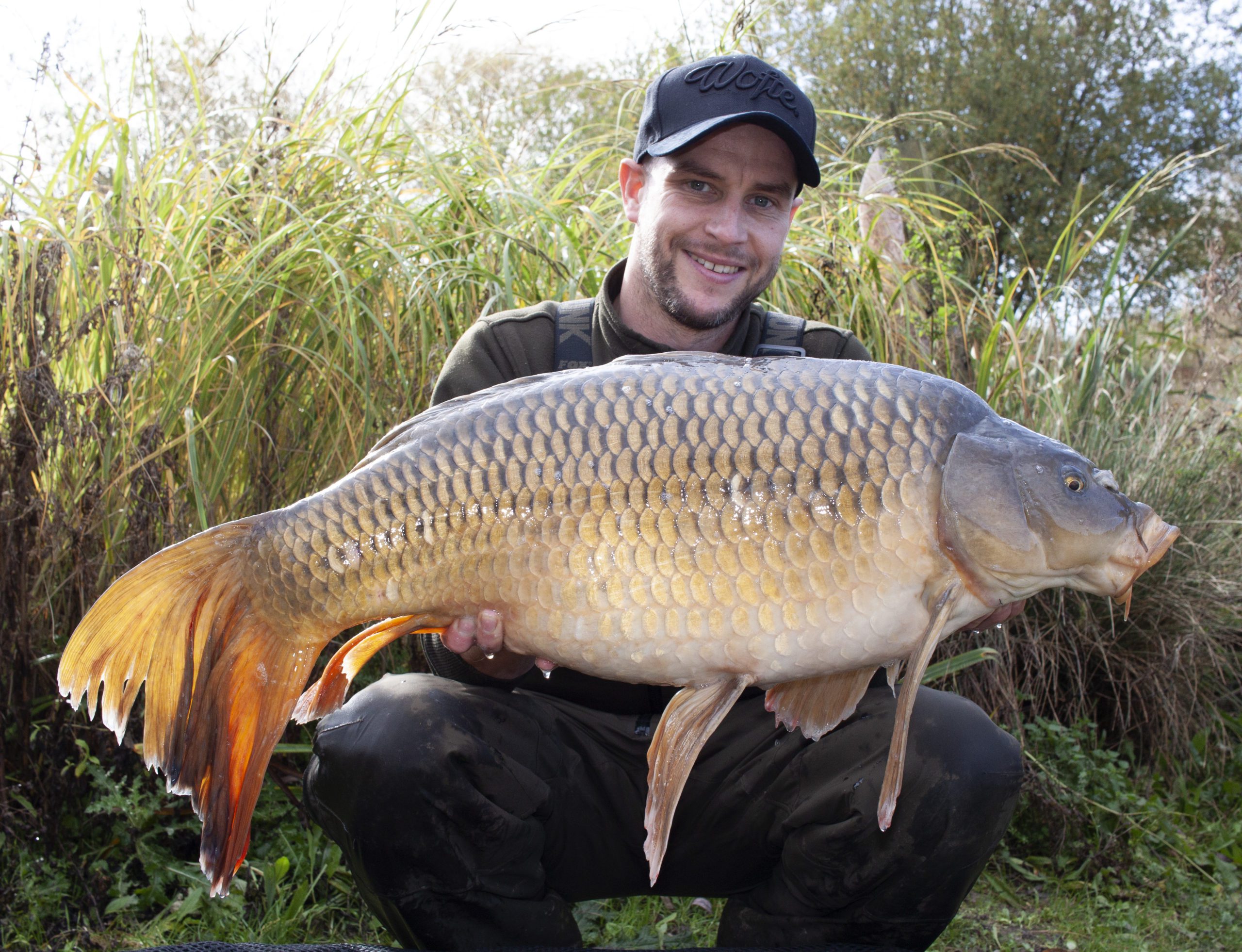 Standing out from the crowd!

With fins like shovels and a tail like a fan, it’s safe to say this common landed by Carl ‘Scoop’ McCarthy stands out from the crowd!

Carl was fishing on his syndicate water over the weekend when he landed arguably the most unusual-looking fish in the lake, weighing in at 26lb 5oz.

More commonly found in the United States and parts of Asia, this fantail common was caught on a Secret 7 wafter fished in conjunction with a bag of Crayfish Mini Mix pellets.

“Its big, unusual tail and fins make it stand out from the other commons in the lake, that’s for sure,” said Carl.