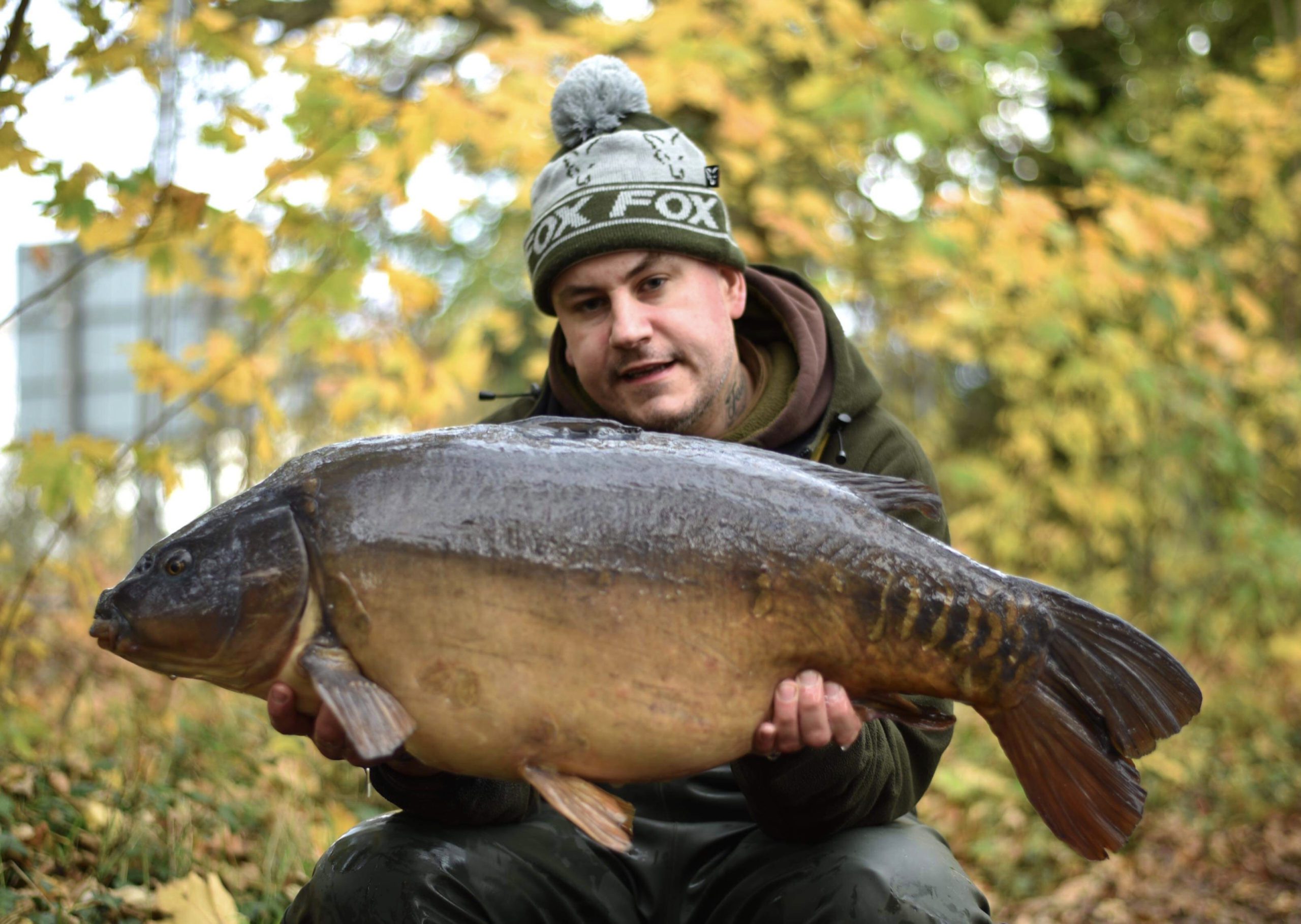 Andrew Murphy continued his excellent run on Orchid Lake after switching over to The Switch, adding yet another A-teamer to his tally.

Taking up the story of the session, Andrew said: “Like on my previous session, I opted to go down early Thursday afternoon to beat the weekend rush and try to get in a favourable swim. Upon my arrival, I had a chat with the bailiff, Gary, and then had a wander around the lake, knowing the autumn darkness wasn’t too far away!

“After doing a lap, I didn’t really see anything I fancied. The guy in the swim where I had my previous fish from was going on Friday morning, so I decided to bucket the swim for first thing in the morning and bivvy up in the next swim down for the night, but opted not to fish.

“Come Friday morning, I set up in the teeth of a south-westerly wind. I had seen a few fish bosh, which gave me confidence, and I was on the same spots as where I had caught from before.

“The night was very quiet, but then in the early hours of Saturday morning I had a take on my middle rod fished to a firm silt area about 85 yards out, but unfortunately this resulted in a lost fish in the weed. After getting my rod back out on the spot, at 9am I had another take! This resulted in a hairy 20-minute battle – it had to be a good fish! My mate Chris came to my swim to do the honours of netting a chunk of a mirror for me. Bailiffs Gary and James came round also to confirm which A-team member it was and do some pictures for me. It was a fish called Roly and weighed in at 34Ib 13oz, keeping my good run of form going on Orchid and making it 11 fish in my past four sessions. I must say, the carp gods have definitely been on my side this year.

“I had opted for a change from Secret 7 to The Switch, knowing the water temperature had been dropping. I fished a slip-D rig baited with a Switch wafter tipped with corn and baited over the top with a mixture of crumbed, 8mm and 12mm Switch boilies, along with hemp and corn, all soaked in Switch Hydro Spod Syrup and Hemp Oil.

“Again, many thanks to Chris, Gary and James and for their help.”