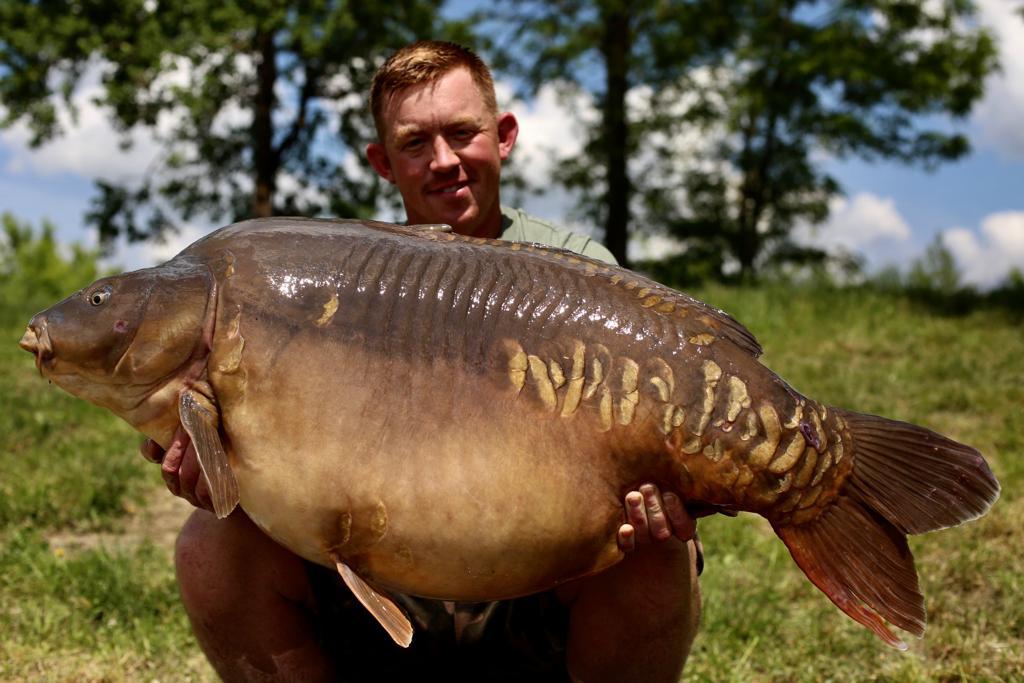 A little over a year ago, myself and a good bunch of mates got the opportunity to book on the mighty Lake Sumbar in Croatia, a lake with a stock of big carp like nowhere else I had ever fished before in the world. I’m not sure of the exact numbers, but it holds a huge head of sixties, seventies and a dozen over the magical 80lb mark! Just the thought of fishing for these fish really was a dream come true.

After a whole host of logistical nightmares, including having to pay for the trip twice, eventually the day came around and 12 of us arrived at the lake on a warm Saturday afternoon and we were instantly out of the taxi and off for a walk around! Now, the way we decided to fish was in pairs, which meant six swims with a pair of anglers fishing out of each, which gave every angler plenty of room and meant we could cover the whole lake. Back at the clubhouse, we put the six swim numbers into a draw and did an out-of-the-hat-style draw. Everyone was happy with their pick and we all headed off to our pegs in search of a fish of a lifetime.

Before myself and Tom (my partner for the week) had come out to Croatia, we had made an agreement. Some may find it bizarre and think it isn’t right, but when you are shelling out over £4k for a trip, there really is no ‘I’ in ‘team’ and everything would be split equally and done as a pair. We were going to go every other bite on the rods and if we were lucky enough to land anything larger than we had ever caught before, then we had agreed a photo of each side was what was going to happen – and that’s exactly what happened.

I could go into a day-by-day account of every single fish but, to be honest, the week was full of so many good moments it would take me a lifetime to document all the goings-on. Tactically, we had taken a large quantity of boilies from our bait sponsors, which meant I had plenty of DNA’s finest Secret 7 in 18mm and 22mm, and Tom had plenty of his Krill boilies. Both baits are more than capable of catching plenty of carp and are baits both of us have heaps of confidence in. Aside from the boilies, I also took some tiger nuts and maize, but should we have run out (which we did), there was maize available from the venue to buy in 10kg buckets! Rig choice we kept it very simple: 19lb Illusion fished D-rig style on to a size 2 wide gape beak hook. An extremely basic rig that was not only easy to tie, but also allowed us to use a host of different hookbaits should we want to chop and change.

The peg we had drawn had a large bay to our right with some lovely snags, as well as a small island on the entrance to the bay, plus plenty of open-water spots. Our plan was to fish one down into the snags, one off the little island and then four on a baited area out in the main body of water. With the spots chosen, it was time to get some bait on them. We started with 40kg (10kg of Secret 7, 10kg of Krill, 10kg of tigers and 10kg of maize) out on the main spot, and then a smaller amount of the same mix on the island rod and the snag rod. Hookbait-wise we chose to fish snowman presentations – 15-16mm bottom baits with a 15-16mm fluoro pop-ups on top. With the rods in the water, we were finally fishing after what seemed like a lifetime of waiting.

The atmosphere around the lake was electric and I don’t think anyone expected to get a bite so fast, none more so than us! The rod on the island pulled up tight after only being in the water a few hours and I picked the rod up and bent into what looked like an absolute tank. Half an hour later, after what can only be described as a proper battle, I finally had this huge carp wallowing on the surface. We both looked at each other in complete disbelief at the sheer size of the thing; it was like nothing we had ever seen before. After shovelling it into the waiting net, it was quite apparent it was big; in fact, it was a very, very big fish, a fish that surpassed our wildest expectations and we were just two hours into the trip! A few of the other lads came around to lend a hand before we eventually lifted her on to the scales and watched as the needle settled on a jaw-dropping 82lb! I cannot put into words just how incredible this fish looked: the width, depth and length were just off the scale. Due to the warm temperatures, we had the fish out for as little time as possible, taking only a few snaps on the bank before getting into the water for some water shots. With the fish returned, the week had already been completed in our eyes; we had set out to catch a fish of our dreams and in the first few hours it was mission accomplished.

Sitting back that evening reflecting on that fish made all the dramas of the trip seem a distant memory. Now all we had to do was chill out for the week, keep the bait going in and carry on chipping away at a few fish, and that’s exactly what we did! Fishing a mix of Secret 7, Krill, tigers and maize, introducing a few kilos after each bite, kept the fish coming. Not just carp, though, but also monster grass carp like nothing we had caught before!

The week saw us end up with a staggering amount of big fish as a group, with numerous fish over 60lb landed, as well as a couple more over the magical 70lb bracket. Tom and I chipped away steadily and ended our week with this tally of fish:

It was tally of fish that we never thought we would be writing down in our wildest imagination. Lake Sumbar, it was a pleasure. See you next year! 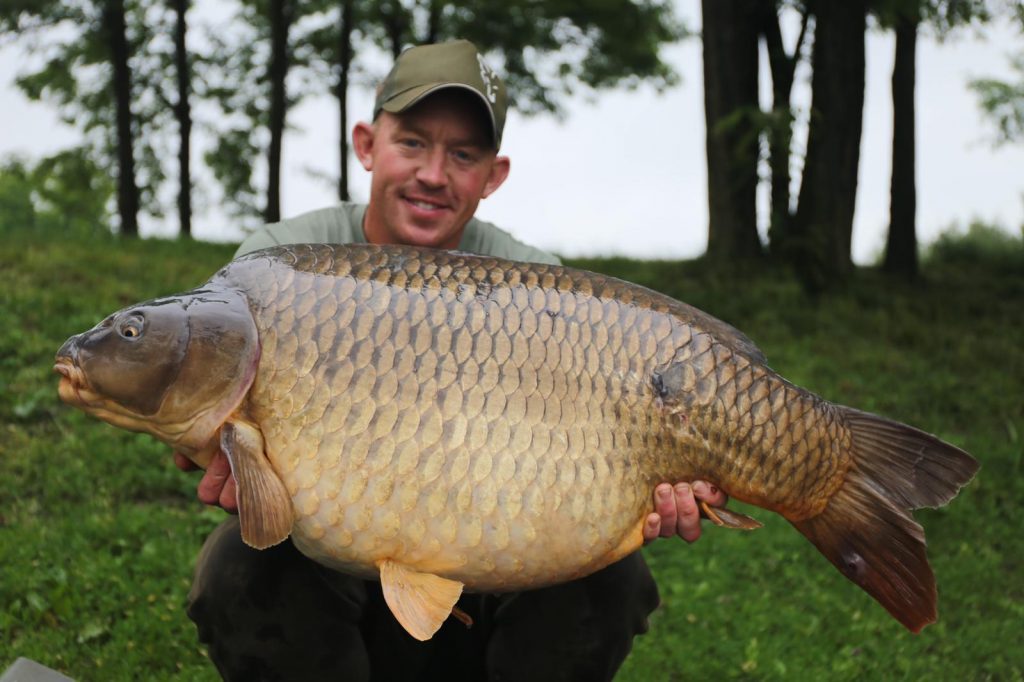 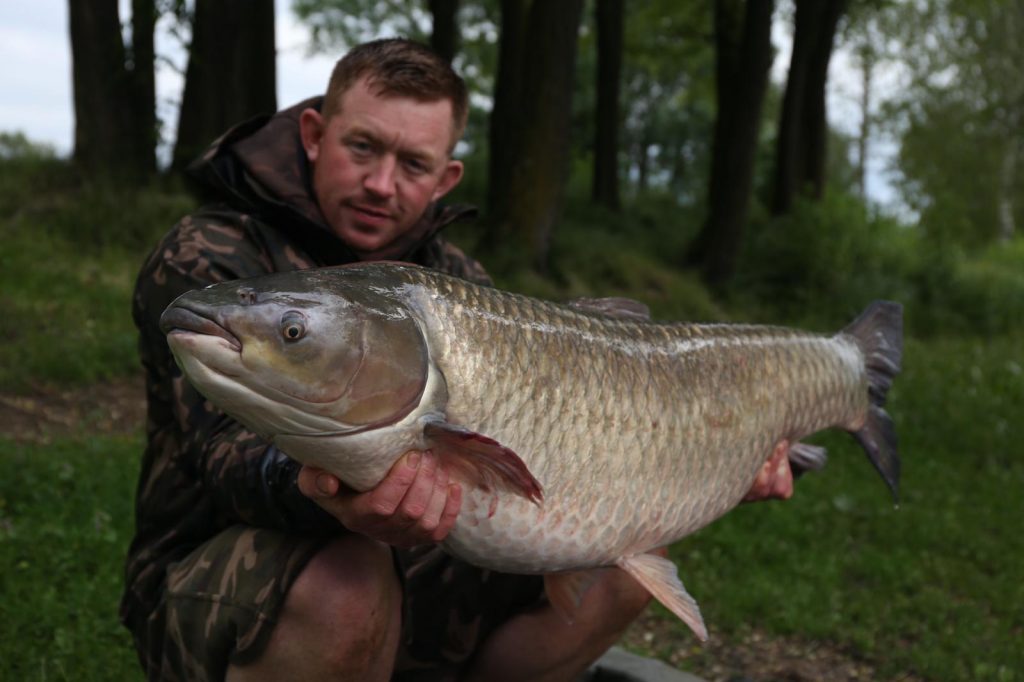 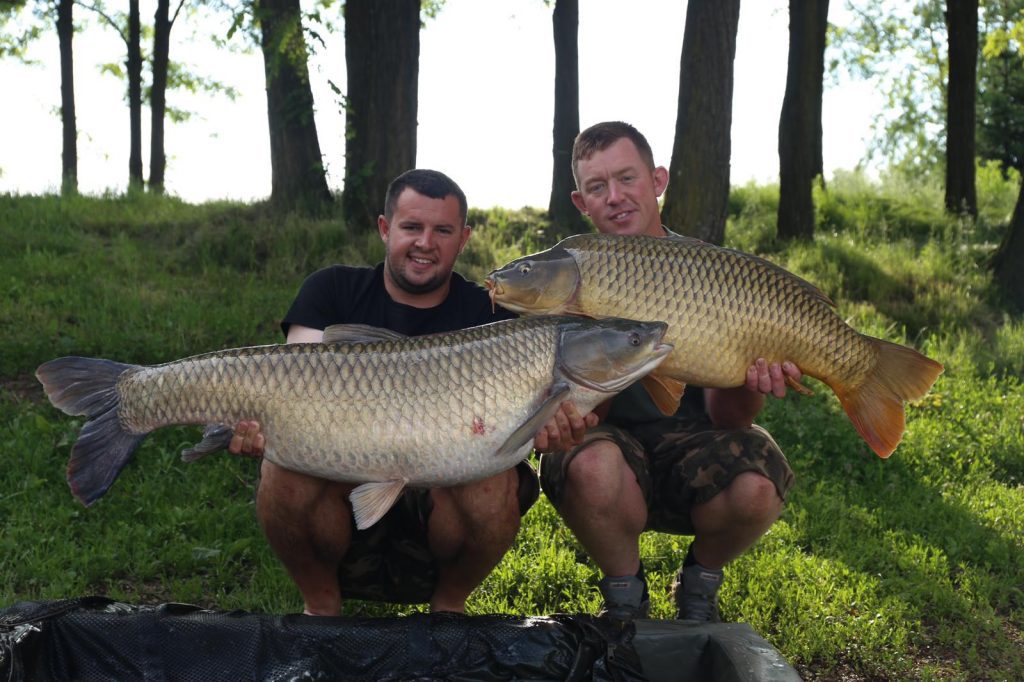