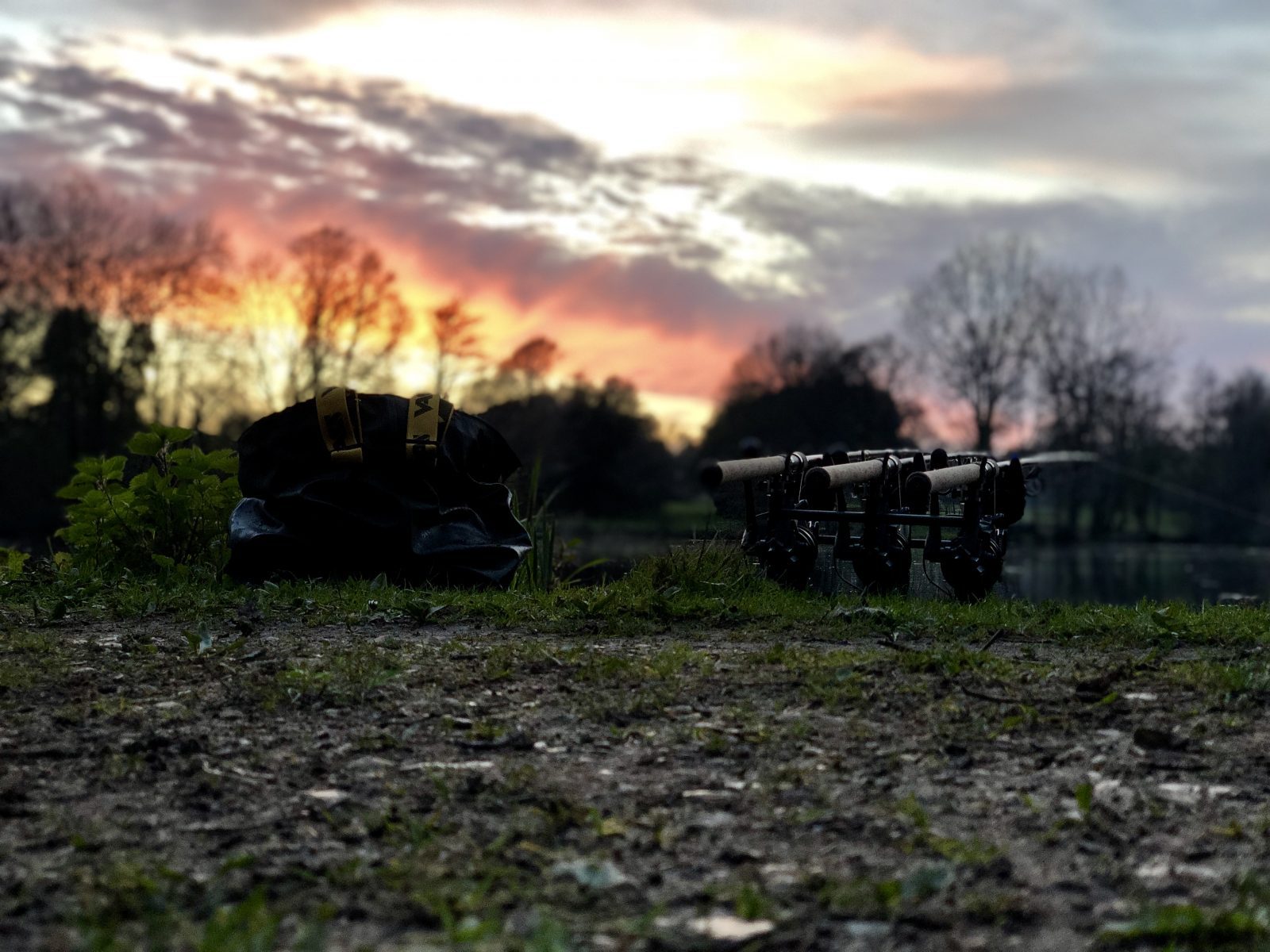 I recently spent my first session on an old, weedy estate lake situated in the New Forest. It is known to hold some really old carp and the lakebed is thick with silt, so it can be a very tricky venue, to say the least. I had been waiting for the right moment to head down and start getting a feel for things, as I’m going to be spending a lot of the year on this venue doing my overnighters, etc.

When I arrived at the venue at around 8am, there was a work party at the other end of the lake, so I set up on the dam wall. I had a good walk up and down my right-hand tree line, but didn’t see much, although it was worth a little look just in case. 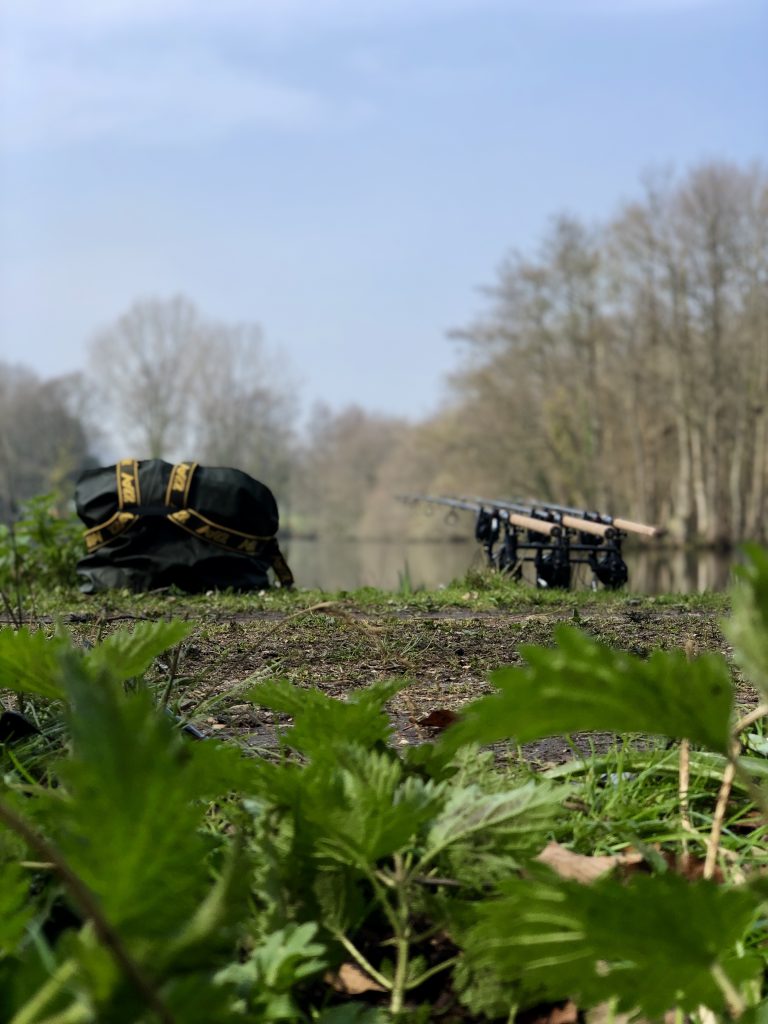 Set up on the weedy lake

I returned to my swim to create some kind of spots in the thick weed, which I would fish during my overnighters if I had nothing to go on. I spent a few hours leading around finding some holes in the weed and then went on to clear three decent spots with a weed rake. Once the spots were clear, after a lot of hard work and dedication, I Spombed out small particles and crushed SLK and Secret 7 boilies to get them grubbing around to clear those spots.

I then got all three rods out with no problems, all mounted with snowman presentations, comprising SLK Hard Hookers and S7 Half Tones pop-ups, with small PVA bags hooked on to create a parachute method. 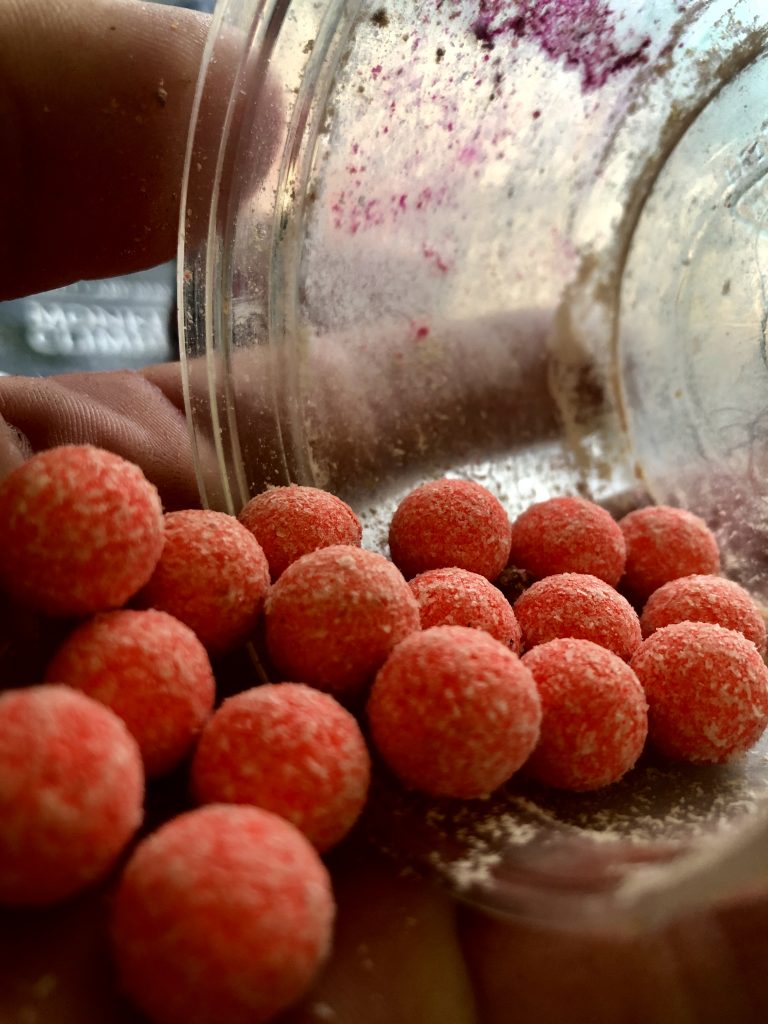 My trusted S7 Half Tones pop-ups

Over the course of the afternoon, a couple of fish showed on the far side. I sat back and waited in anticipation that they would hopefully move on to my bait in the evening. I had a few liners on the middle rod heading into the evening, so felt hopeful a bite could be on the cards, but come the morning nothing had happened, so I decided to get on my feet and go in search of fish.

After spending the afternoon roaming around climbing trees etc., I found some fish hiding in the far corner of the lake, some bathing and some feeding hard in the silt. I made the decision to go back to the swim and load my barrow with essentials, then quickly made my way back. I rigged up with my ever-faithful snowman presentation and lowered it on to the cloud of silt. I sat back and within an hour or so received a take from a mid-to-upper double common. I was absolutely buzzing, as I had created the chance and it had paid off. 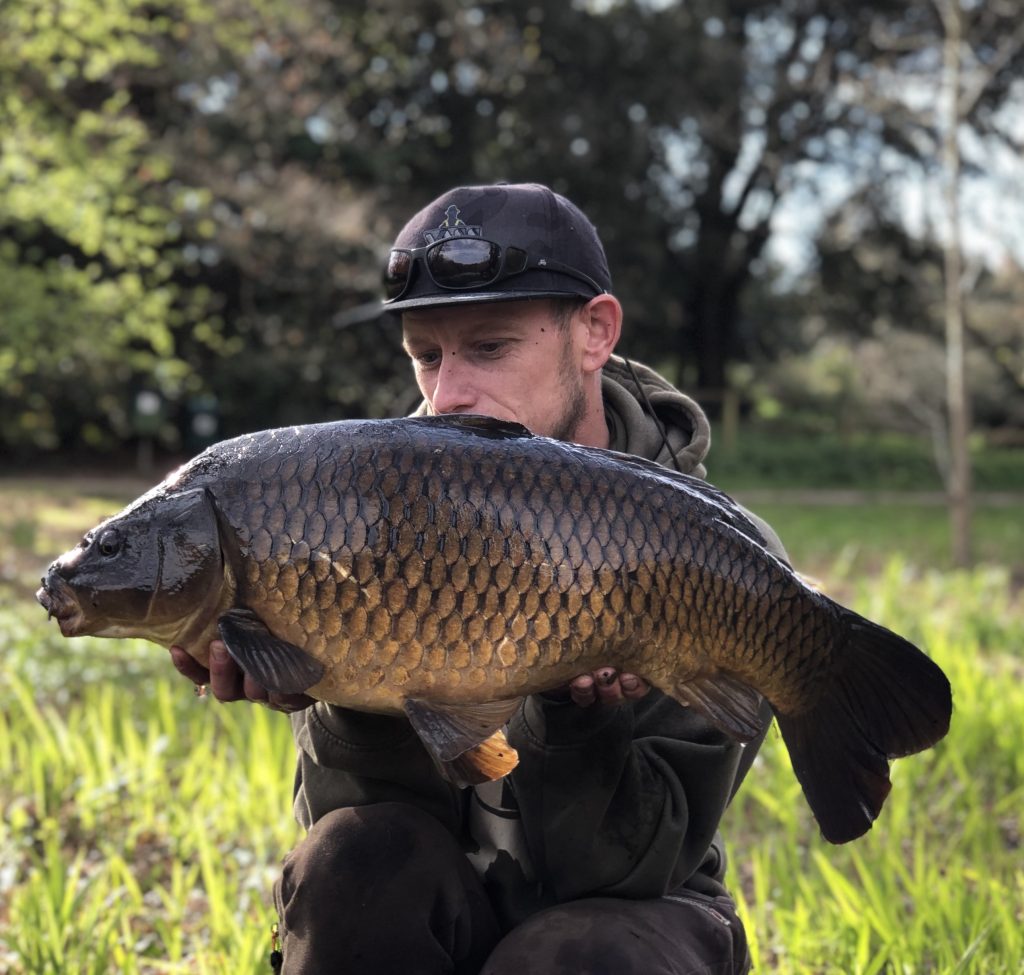 I was buzzing with this one, as it was a chance I had created

I returned to my spots for the evening, rebaited all three rods, wrapped them up and got them out on the spots. To my surprise, just half an hour later, one of the buzzers went into meltdown and I went on to land a small stockie.

As darkness descended, the liners continued and, just like the night before, it felt really good for another take, and with me already having two in the day, my confidence is sky high.

At 1am, the middle rod absolutely melted off once again, but unfortunately I lost the fish this time due to the weed. It felt like a decent fish, but I guess they always do when you lose them! I got the rod straight back out on the spot and not even two hours later it was off again, and this time I managed to slip the net under a really dark old mirror. They say some of the carp are 60 years old in this lake, and I think this one was one of those. With starburst scales up its flank, it was a real banger and one of my most favourite captures to date. Nothing else happened after that and I had to reel in the next morning to go to work. 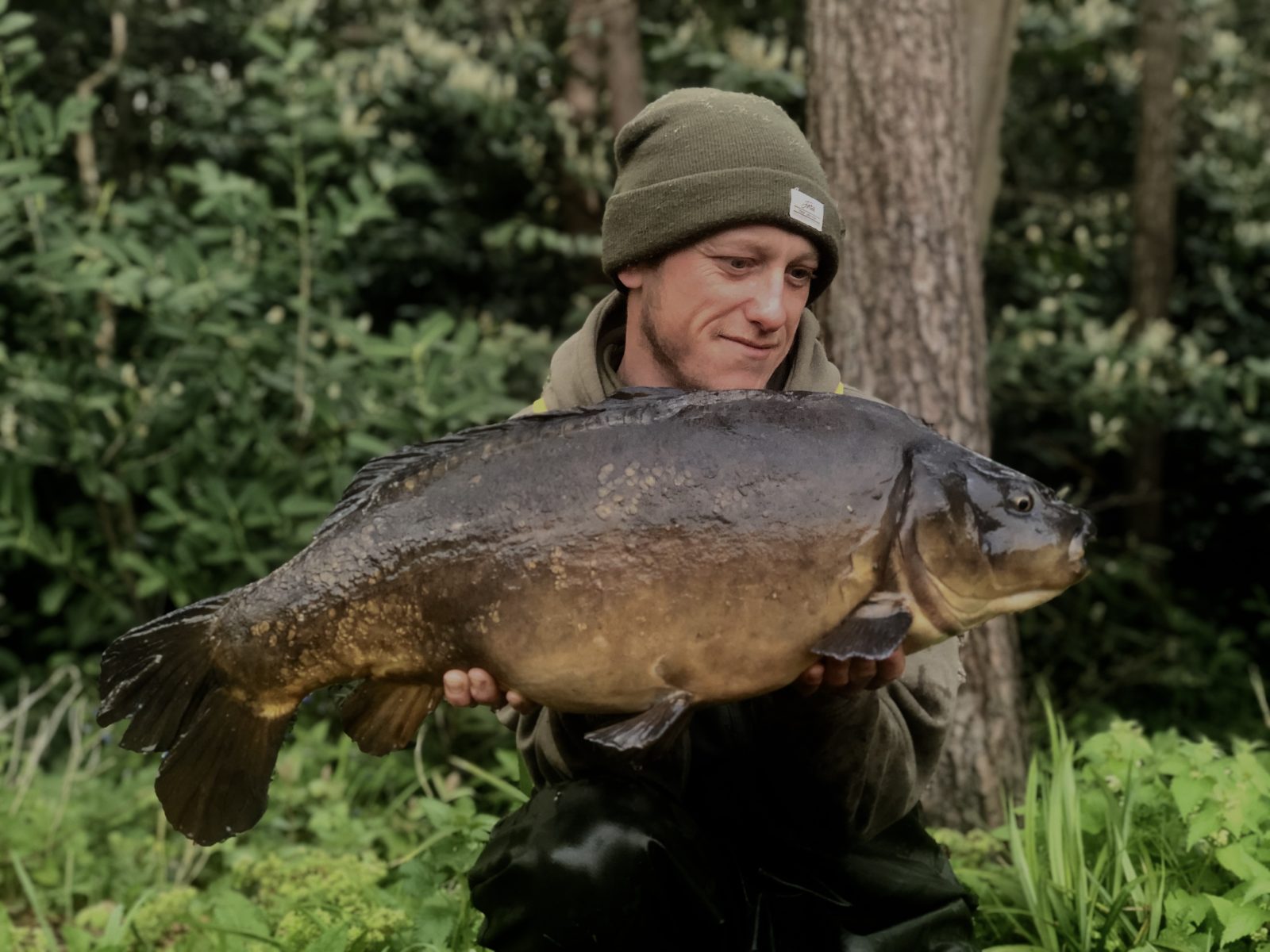 I returned to the lake quite late the following evening and got the rods on the spots for around 9.30pm. I continued my strategy of baiting the spots with chopped and whole S7 and SLK with hemp and corn to get them grubbing around, and crossed my fingers for some action, as this was to be my last night of the week.

The night passed without a touch, but at first light the middle rod ripped off with another little stockie on the end, completing a great first week on the lake that ended with four fish from five runs in three nights. I can’t wait to continue the campaign!