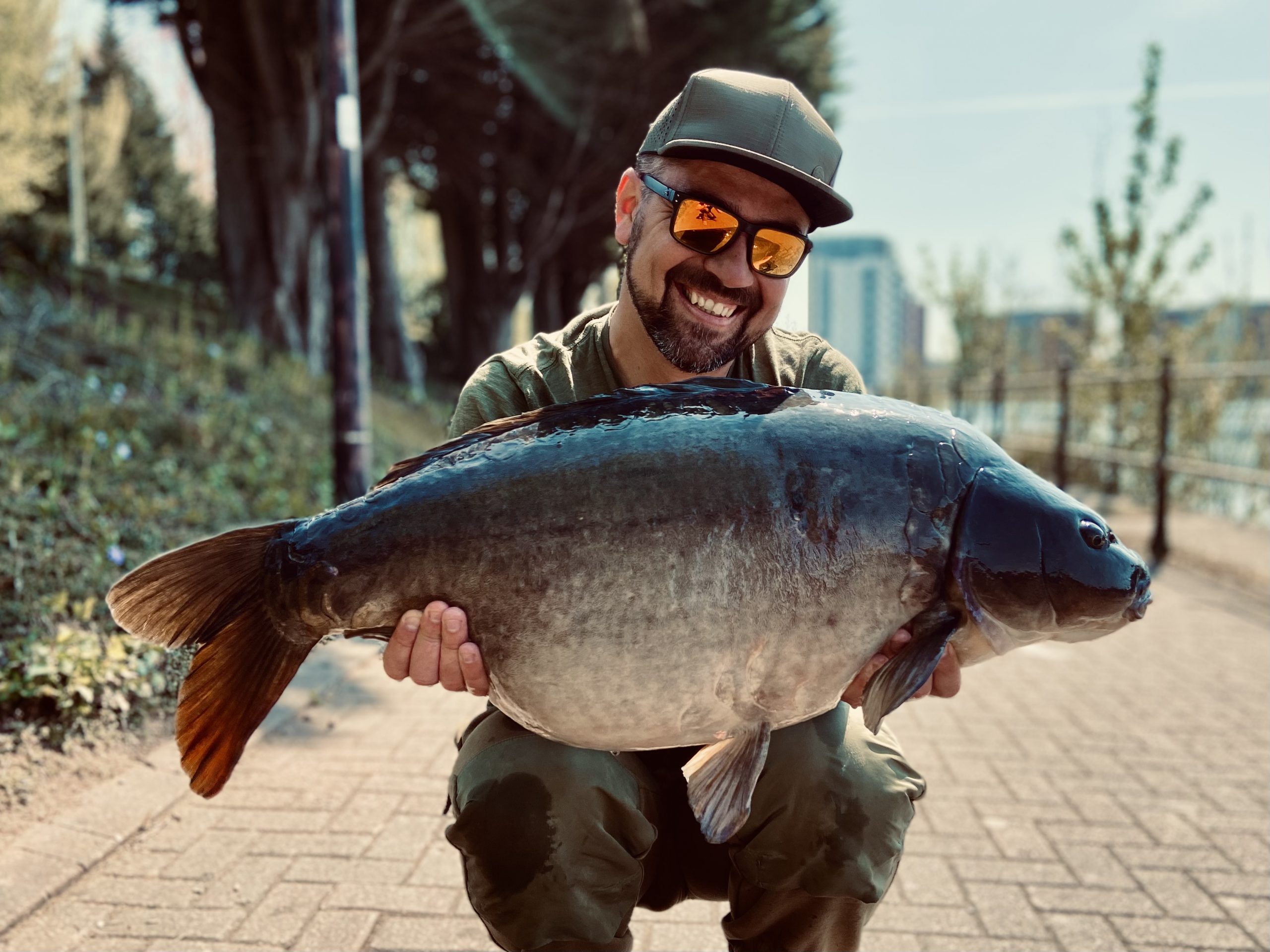 Identifying feeding areas and patrol routes has seen Karol Toth get through to some cracking Wharf carp on short sessions, not least the beautiful Slate Grey at 32lb.

Having kept bait going it on a shallow marginal shelf, where the fish liked to visit in the sunny weather, Karol said: “For this session, I arrived a bit earlier to set the traps before I expected the fish to turn up, and that was the key.

“After an hour with the rods in, three bigger fish appeared and started picking up freebies around the hookbait. I was hoping one of the bigger fish would pick up my hookbait – and it did! I watched it get nailed and storm off into the middle of the lake. After an immense battle, she was mine and I knew I had another special Wharf original in my net, a fish called the Slate Grey at her biggest weight.

“Prior to this session, I’d managed four other fish, including two original commons and a real looked known as the Apple Scaled Mirror.”

PB wafters were used at the business end, over a mixture of Secret 7 and SLK boilies.