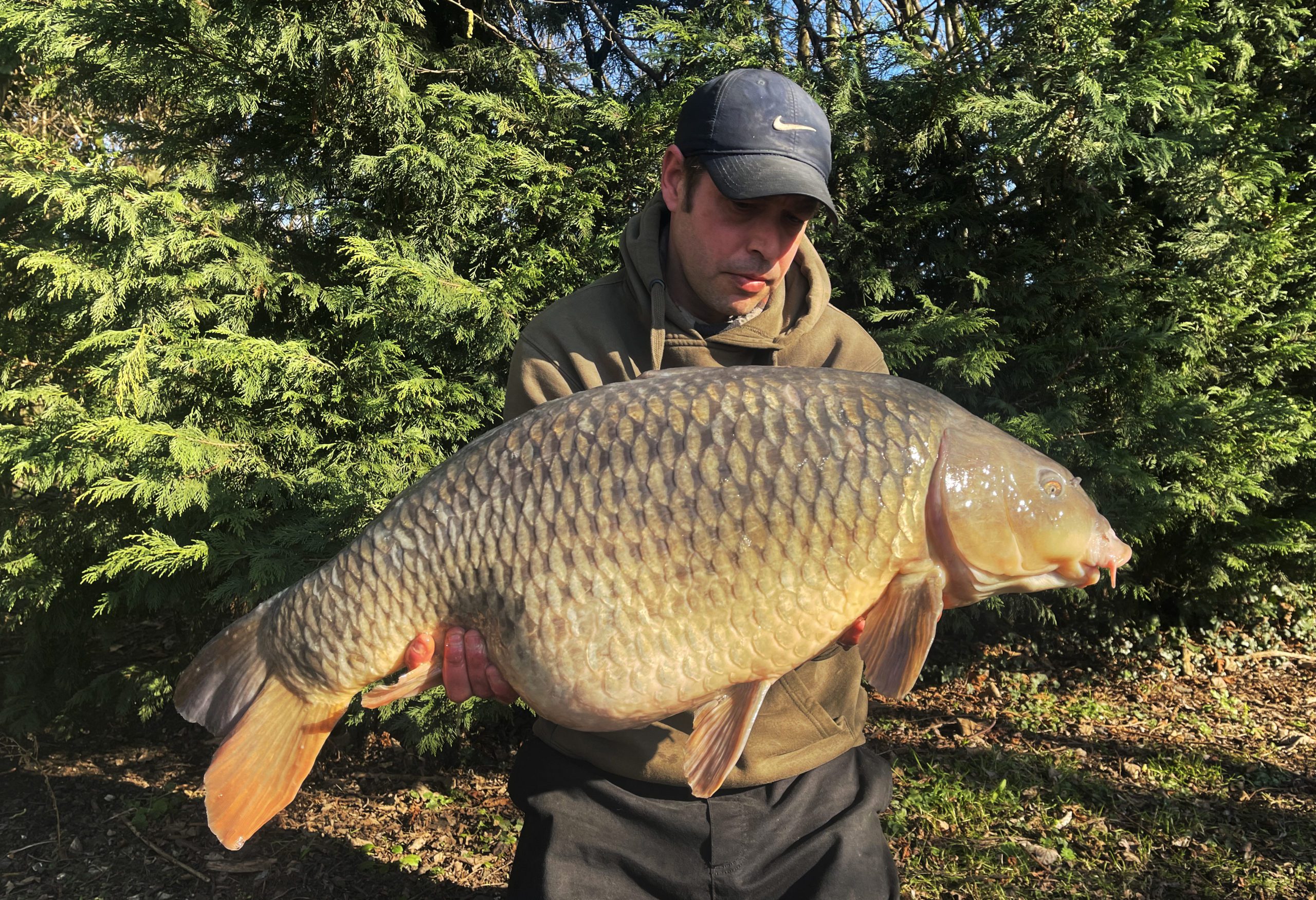 Jim Taylor made the most of a week’s holiday from work to land back-to-back thirties on back-to-back day sessions his Kent syndicate water.

“I had a week’s holiday from work and decided to get myself over to my syndicate for a couple of day sessions,” said the 36-year-old project manager.

“Having got to the lake around 6.30am, it was clear fish were patrolling the channel through the central section of the lake. Not one for rushing to get the rods out, I watched them move further down towards the shallows before I deployed the boat to previously bubbling spots, with three rods spread 25 yards apart at a range of 150 yards. Two kilos of crumbed Secret 7 were dropped over each rod, with a trimmed-down S7 bottom bait dropped just off the side of each spot. Several minutes later, I watched the foam nugget hit the surface, cementing my confidence that I was fishing clean!

“Two hours passed before fish started to show signs they had moved back over the top of me. Knowing a single bleep on a bow-string tight line at this range with an ultra-sharp hook usually indicated a fish on, sure enough, as I put the kettle on, this is what happened! A single bleep on the Delkim followed by a huge drop-back and I was into one, which turned out to be a 34lb 2oz common.

“I followed the same procedure on the following day session and it took all of 35 minutes to produce a 33lb 12oz mirror.

“As always, a big shout out to the biggest stockist of DNA in Kent, Keith Gladdish.” 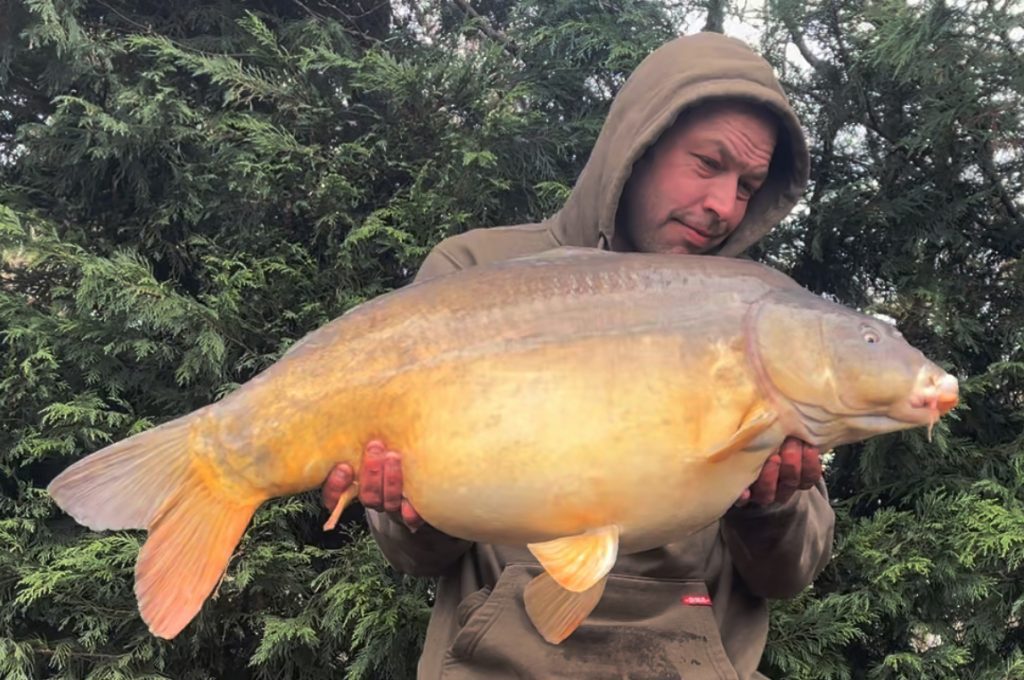