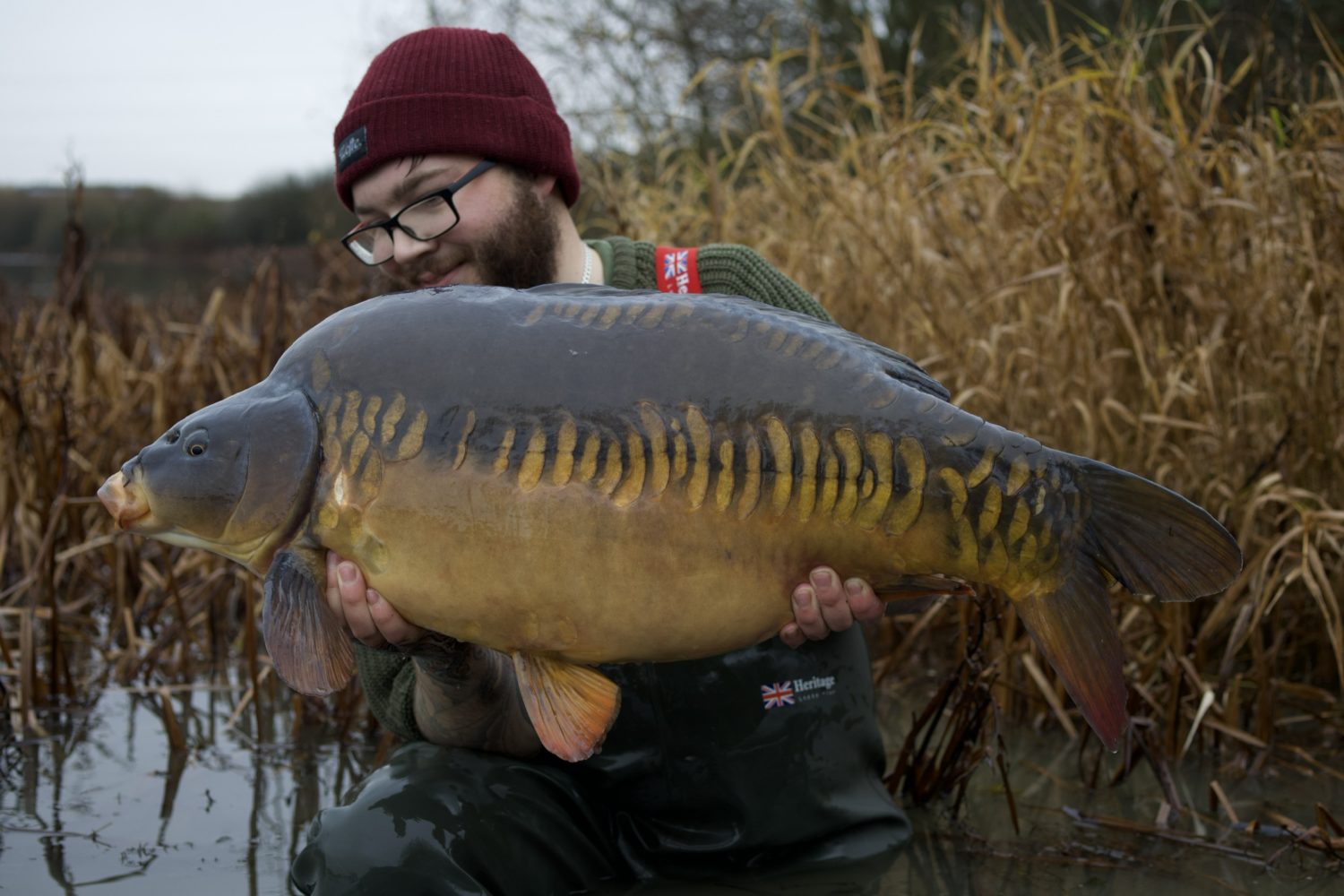 Thirties in a session is good going at any time of the year, but to get that sort of result in December, and just before Christmas, made it extra special for Ed Banks.

Fishing the Doddington Lane Pits syndicate lake, Ed had a fairly slow start to his session, but it all came good in fairly quick succession, with an upper double and a 35lb 8oz linear turning his fortunes around. He wasn’t finished there either, with two more mirrors of 33lb 4oz and 30lb 1oz to follow, ensuring he went home a very happy angler.

Fearing he was on for a blank, Ed said: “As I was thinking the chance of a bite was dwindling, my right-hand bobbin pulled up tight and the line pulled out the clip. I was into what turned out to be the first fish of the session and also the smallest after weeding me up. I managed to get the fish moving and shortly after into the net it went.

“As I was slipping this fish back, my left-hand rod signalled a take. I quickly picked up this rod and the fish weeded me almost instantly, so I took to the boat to do battle with what felt a better carp. Once over the fish, I could see it was a decent mid-thirty linear and after a spirited boat battle I managed to net her in amongst a huge ball of weed.

“I sorted the pictures and decided now would be the time to rebait and put fresh rigs and hookbaits out. Later that evening, I received a fast take from what turned out to be a 33lb scaly mirror, which didn’t do much in the way of fighting, so luckily didn’t weed me up. Once the pictures were sorted, I put the rod back to the spot and topped up with four Spombs of Bug crumb again.

“On my final day of the session, I received one more take, again weeding me up, meaning I had to take to the boat. This fish did not want to be caught and towed me around for 15 minutes, from one weedbed to the next, but luckily I managed to get the upper hand. Four fish in December, including thirties, meant I went home a happy man.”

Ed was fishing to a small gravel area at 32 wraps, a spot where he’d seen a show two week earlier. Ed used 12mm Bug Half Tones pop-ups on combi-rigs, which he fished over a bed of Bug crumb. 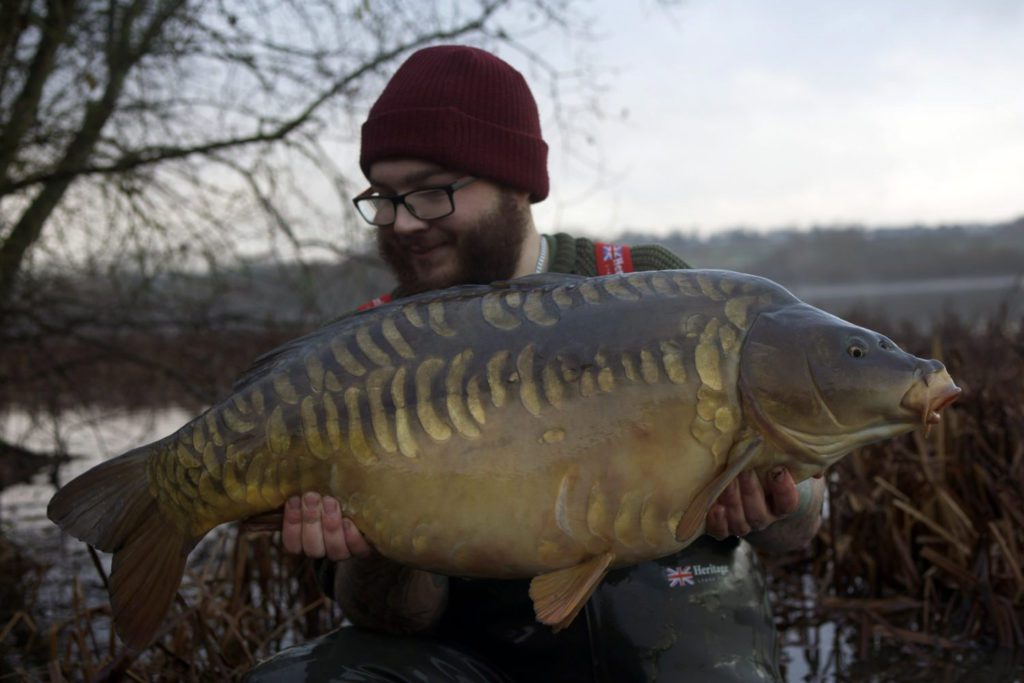 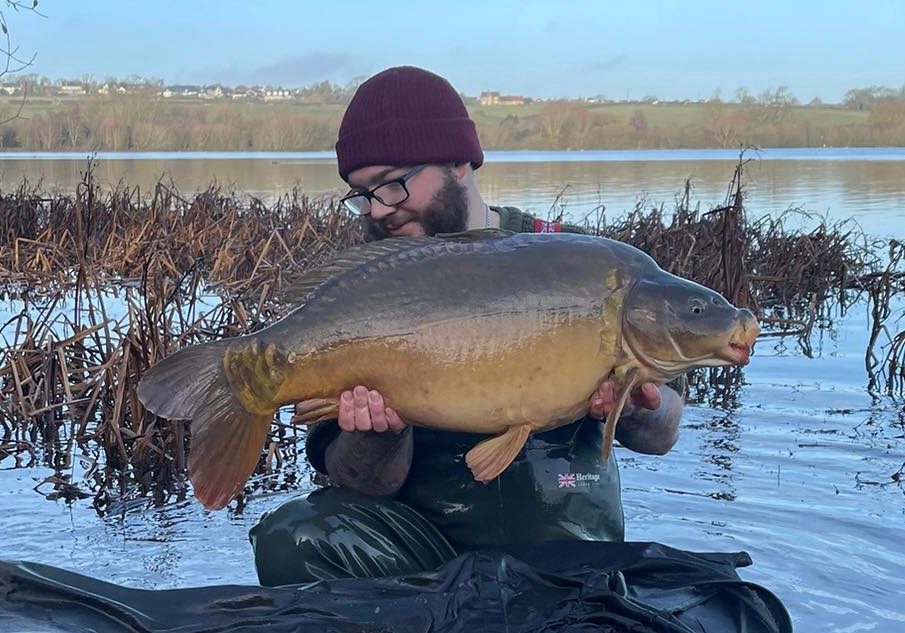 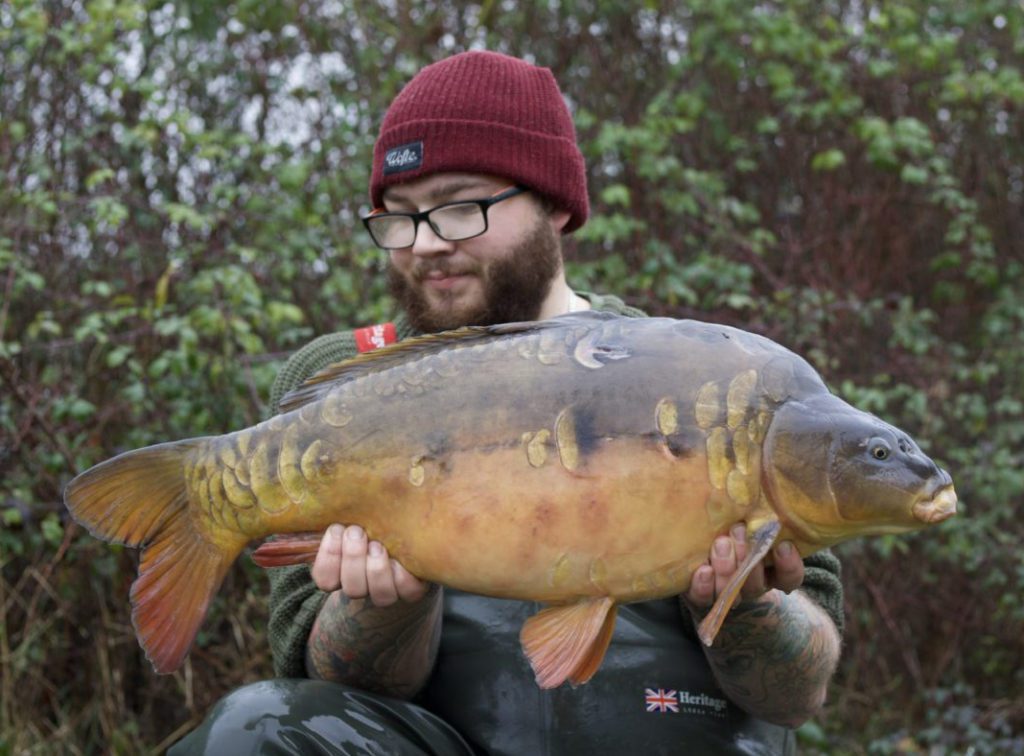