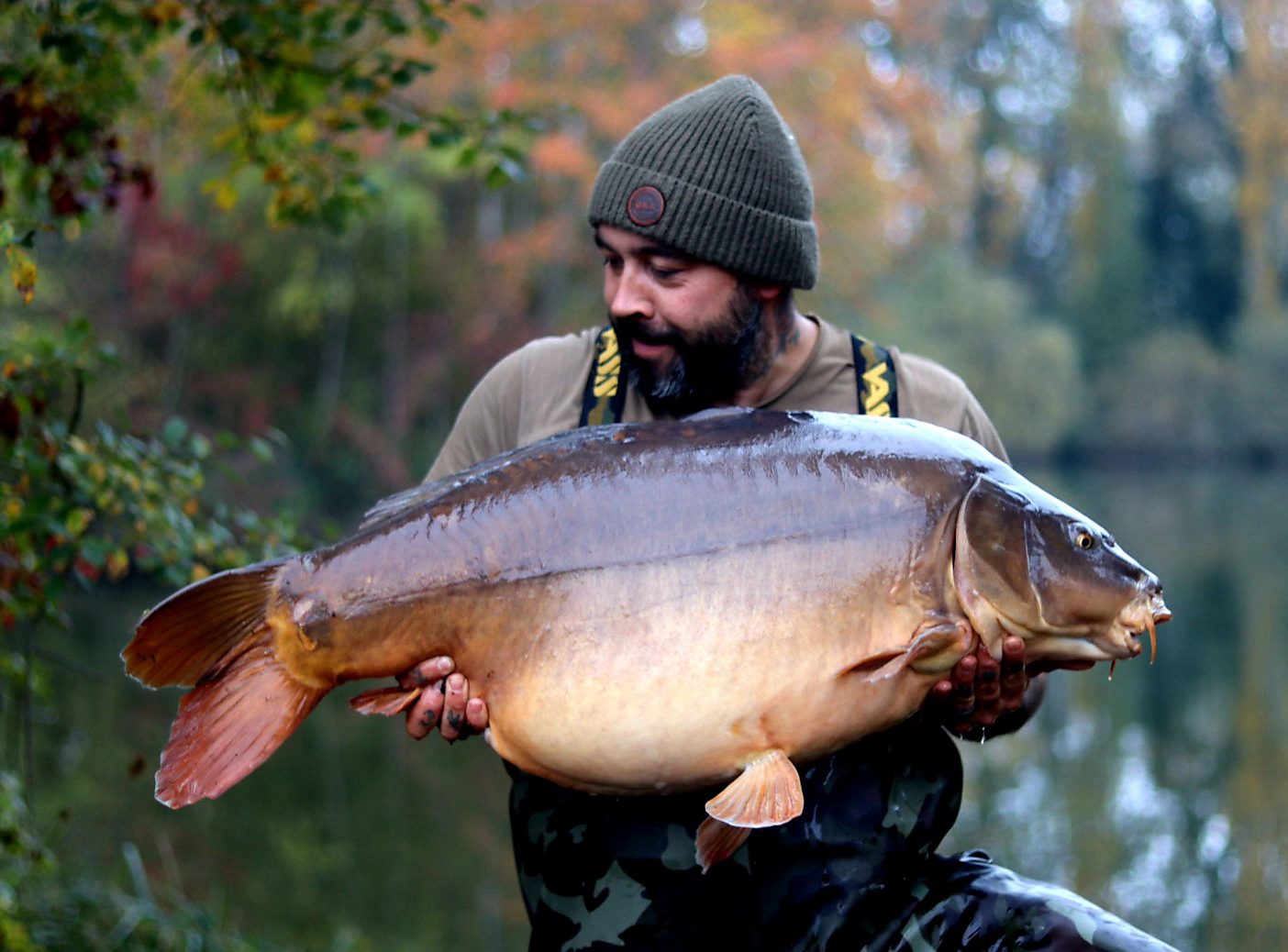 THREE PBS IN A WEEK AT LE VIVIER!

It was a week of personal bests for Andy Baxter, when he visited the beautiful Le Vivier in France.

In fact, Andy had three PBs in total, culminating in his first-ever fifty, sending him home back to Barnsley one very happy angler indeed.

“I arrived at the lake on Saturday afternoon in not ideal conditions: high pressure and lots of sunshine,” said Andy.

“Following a walk round, I decided on a swim with a sandy plateau with a few signs of fish. I then baited quite heavily with 18mmm Bug and SLK boilies and was rewarded the next morning with a 34lb mirror.

“The weather conditions changed and the following couple of days were quiet, but come Thursday morning there was a big pressure drop, which switched the fish on! I had a double run with a 29lb mirror and the first of my PBs, a 41lb 4oz mirror. To top it off, the carp was an old original with great character.

“By Friday the sun was back out, so I decided to go stalking, fishing a back bay and casting a solid bag filled with Bug crumb, pellets and a PB pop-up to an overhanging bush. Twenty minutes later I had a new PB common, and what a fish it was too at 47lb 12oz.

“On the Friday night I got the rods out for final time, going to bed on a high, reflecting on a great week in which I had smashed two personal bests. Just when I thought it couldn’t get any better, at 5 o’clock the next morning, the rod on a Bug pop-up bobbin pulled up tight and, after a crazy battle, I had another new personal best thanks to a mirror of 55lb.” 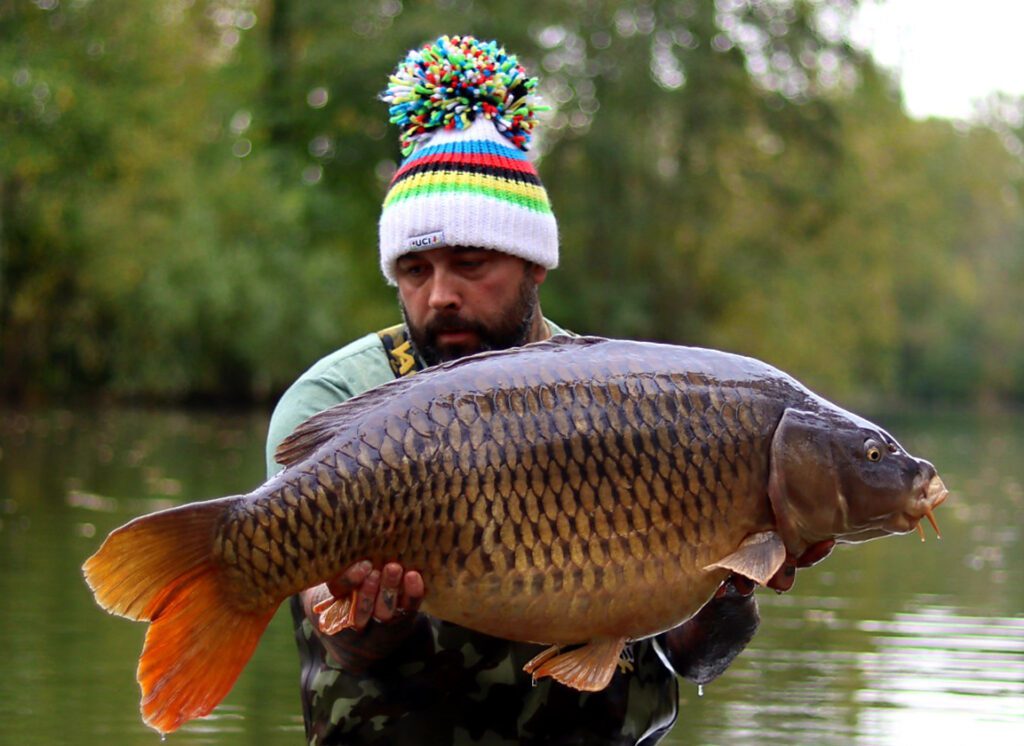 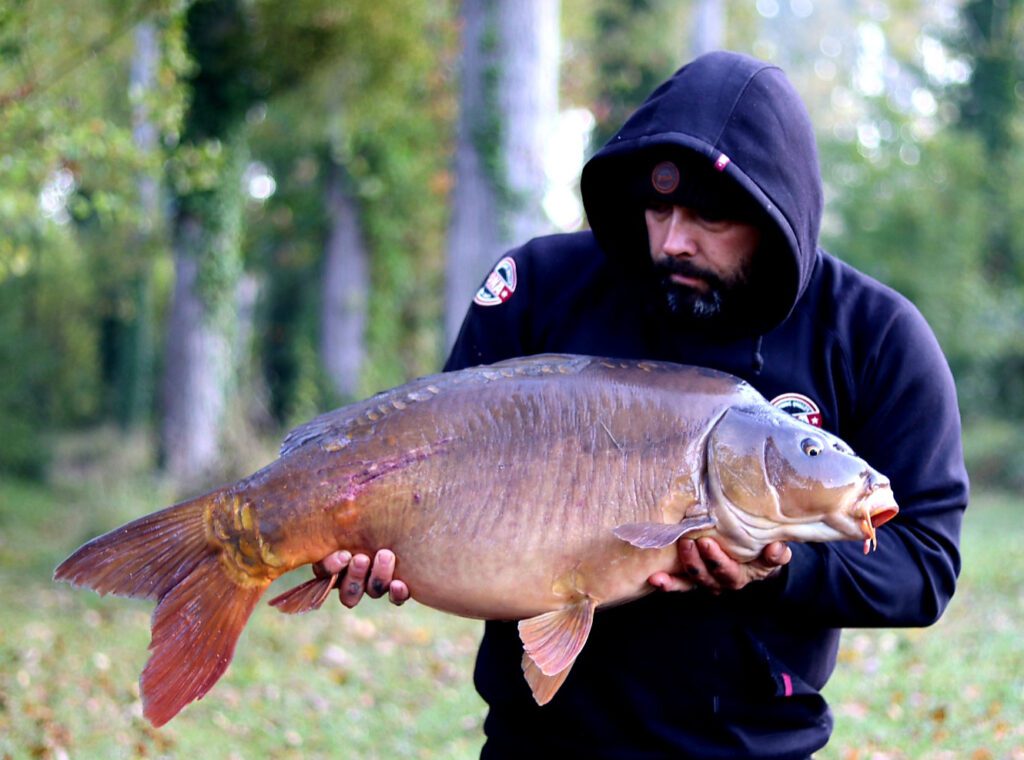 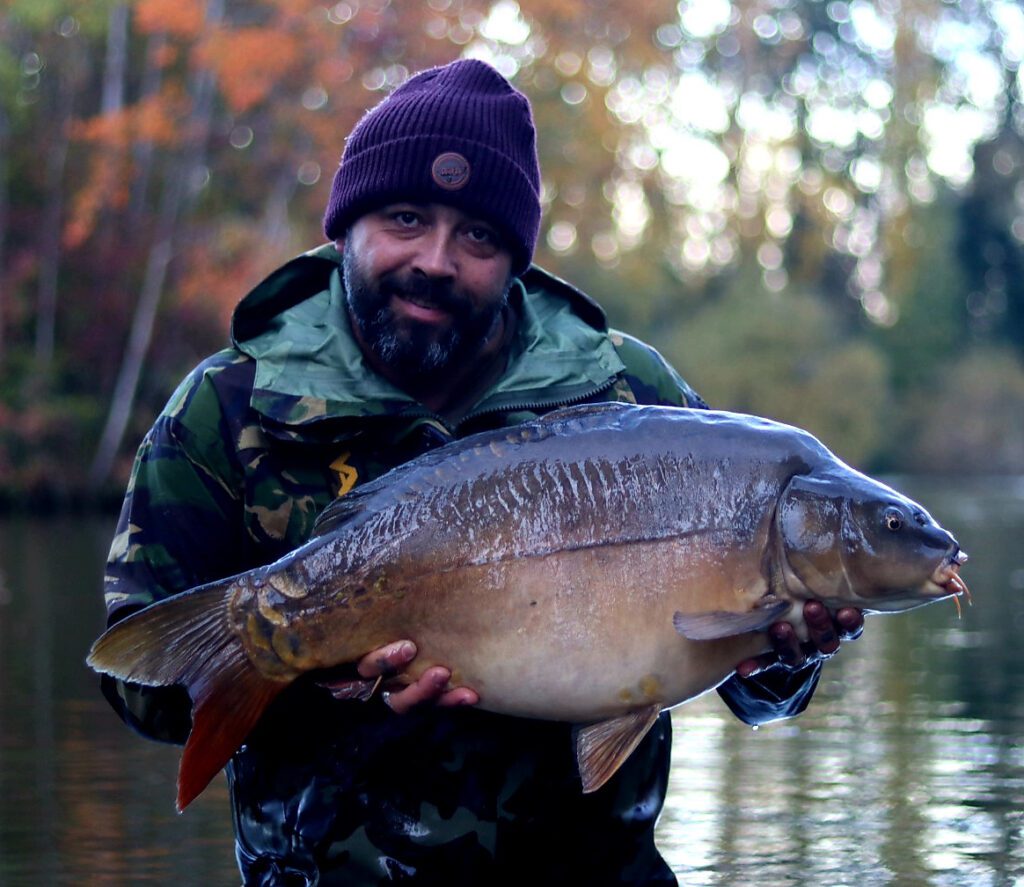