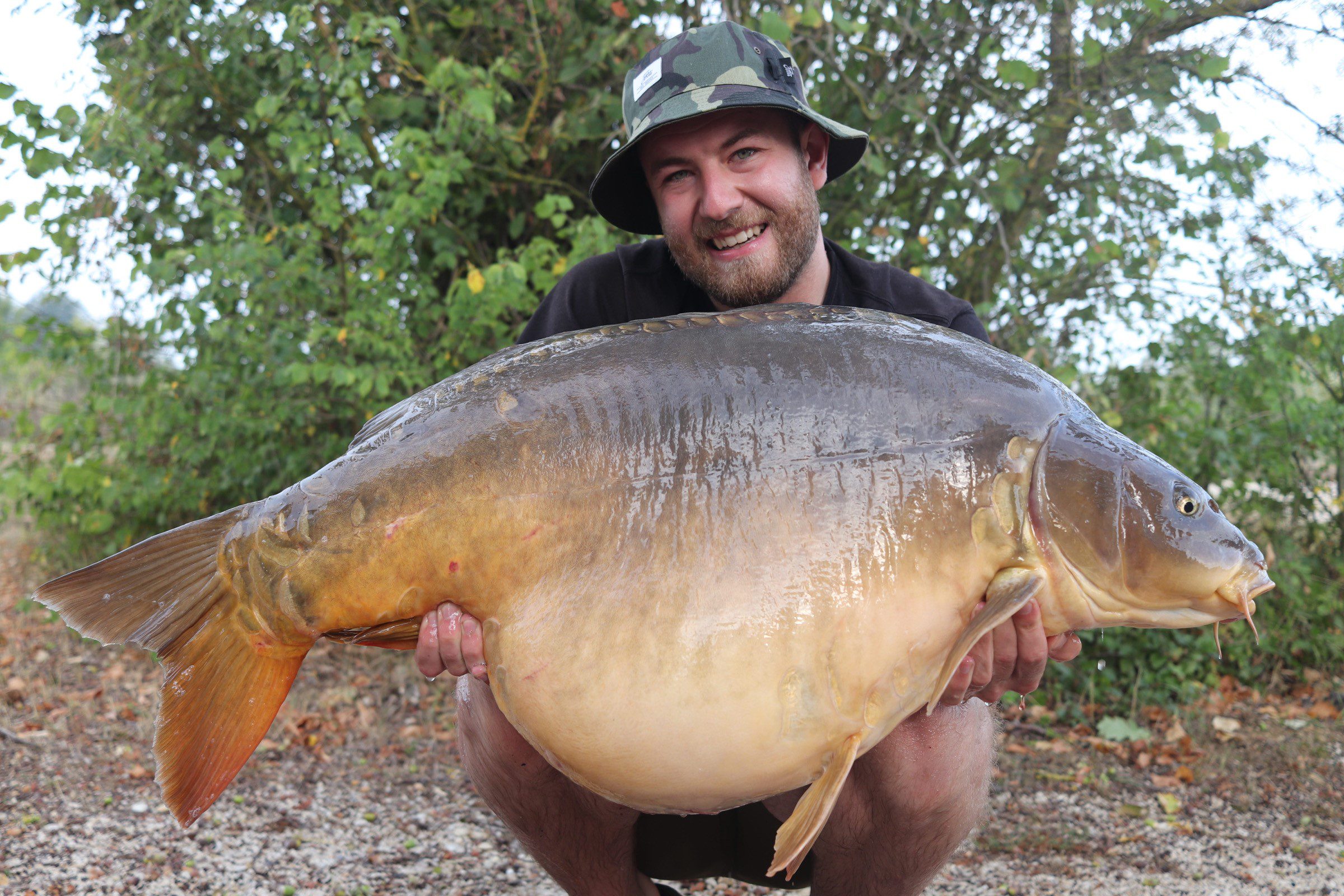 Jack Barber couldn’t have asked for much more from his first-ever time fishing in France, breaking his personal best three times in as many days!

Turning up to Waterside Fishery with a few mates, Jack didn’t have to wait long before landing his first PB of the week in the form of a 38lb common, which he would go on to break with a mirror of 44lb 14oz and then with the highlight of the week, a chunky 47lb 2oz mirror.

“The week started well,” said Jack. “After noticing an area where the fish were feeding at approximately 80 yards, I chucked out a single large PB wafter on a long hooklink and had a bite within minutes of the rod being on the rest! It was only a small one, but I was off the mark. 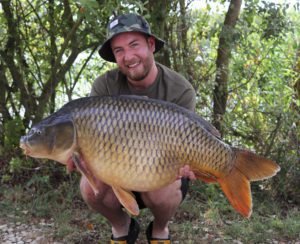 The first PB of the week, a 38lb common

“After that, the rod went quiet, so I decided to bait the area and fish two rods tight on a spot, introducing a mixture of the fishery’s maize and a selection of 12mm, 15mm and 18mm Bug boilies coated in matching Bug Liquid Food and Betastim.

“Later in the afternoon, the left-hand rod, which was positioned on a different firm, smooth spot that I had found, burst into life, producing a chunky 32lb mirror. This rod was fished on yellow plastic corn soaked in Sticky Sweet and dusted in a mixture of Fruit Sense and Betaine HCL, presented over 12 Spombs of the Bug mix and maize.

“The spots were topped up ready for the night and it wasn’t until the next morning that the rods were away again, this time throwing up a brute of a mirror and another new PB at 44lb 14oz. While doing the pictures, the left-hand rod on the firm spot signalled a take and a small mirror was added to the tally. 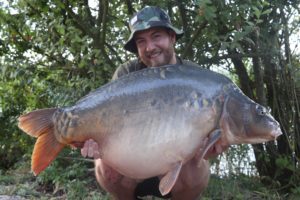 “The evening and night passed uneventfully, but early the next morning I had another bite. A slow, lengthy battle suggested I was attached to something big. A few friends started to gather in my swim just as I slipped the net under my third personal best in as many days, a mirror of 47lb 2oz. The morning wasn’t finished there, with the same rod throwing up a low-thirty common. A great morning’s fishing! 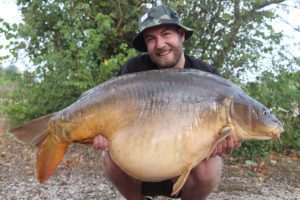 “The rest of the week followed in the same pattern. As soon as it reached 7am, it wasn’t long before the rods were away, with the PB wafters getting all the bites. Steady baiting through the day seemed to be working, as the fish turned up every morning.

“Towards the back end of the week, a change to Milky Malt wafters on the same-style rigs brought more action, including three takes on the last day, two mid-twenty commons and a scraper 30lb mirror. A great way to finish to a brilliant week’s fishing in great company.” 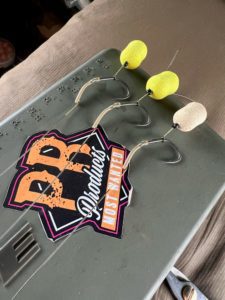