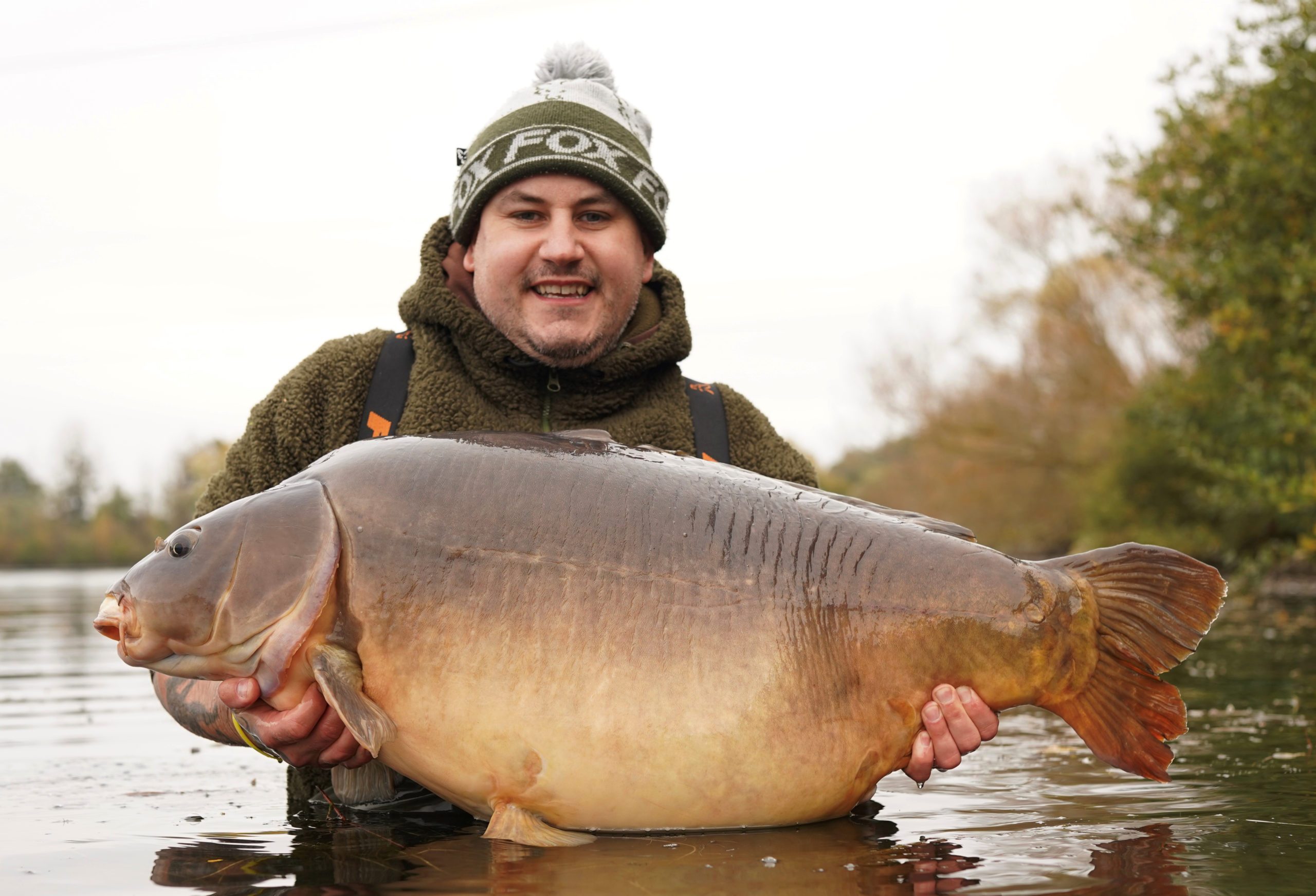 Andrew Murphy made an explosive start to his winter ticket on the Abbey Lakes complex in France, landing a brace of sixties as part of a 15-fish hit on The Bug!

After kicking off the session on Heron Lake, Andrew then moved on to Fox Lake, where the session really kicked off, throwing up mirrors of 63lb 4oz and 60lb 7oz, as well as a number of back-up fish.

“Upon arriving on the complex and signing in, I decided to have a wonder around knowing I had 10 days ahead of me, as my winter ticket was starting,” said Andrew.

“I decided to start my session on Heron and managed to bag a few fish, but nothing over 30lb. I eventually decided to move on to Fox Lake after seeing where some of the fish were holding up. I wasted no time and found some spots on my echo at 70 yards range at the back of a weedbed, quickly tying up some fresh rigs with Bug Corker dumbbell wafters tipped with corn soaked in Sticky Sweet and Bug Bait Soak. I started to introduce bait little and often, putting out Bug crumb and 12mm boilies mixed with Bug Liquid Food and hemp to keep them grubbing about.

“The first few nights were slow, but I managed to nick a 32lb-plus mirror on my second night. After that, it eventually started to pick up and my spots began to rock, so more bait went out. The next take came early the following afternoon and after about 10 minutes of slow plodding and me trying to keep its head up out of the thick weed, it was eventually mine, spinning the needle round to 60lb 7oz.

“With the rods back out on the spot, along with some decent grub, a few more thirties came along, and then the next morning I hooked into another slow plodder, which felt even heavier than the sixty I’d already landed. With the fish in the net, I made a call to the bailiff, Dave, who helped me weigh the fish at 63lb 4oz. It was a fish I really wanted and a few days before was talking to my mate Chris about catching this particular fish.

“Needless to say, I was blown away to have a brace sixties in a session. The rest of the session went well, with a few forties and a number of thirties rounding things off. The Bug strikes again!” 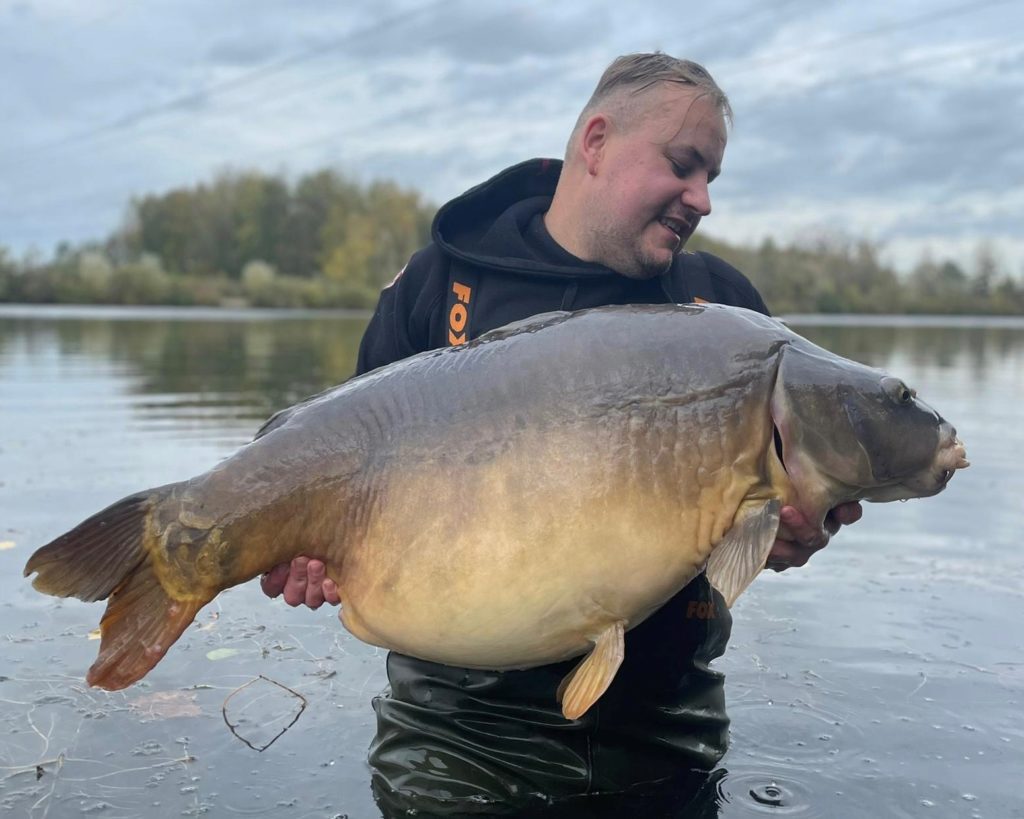