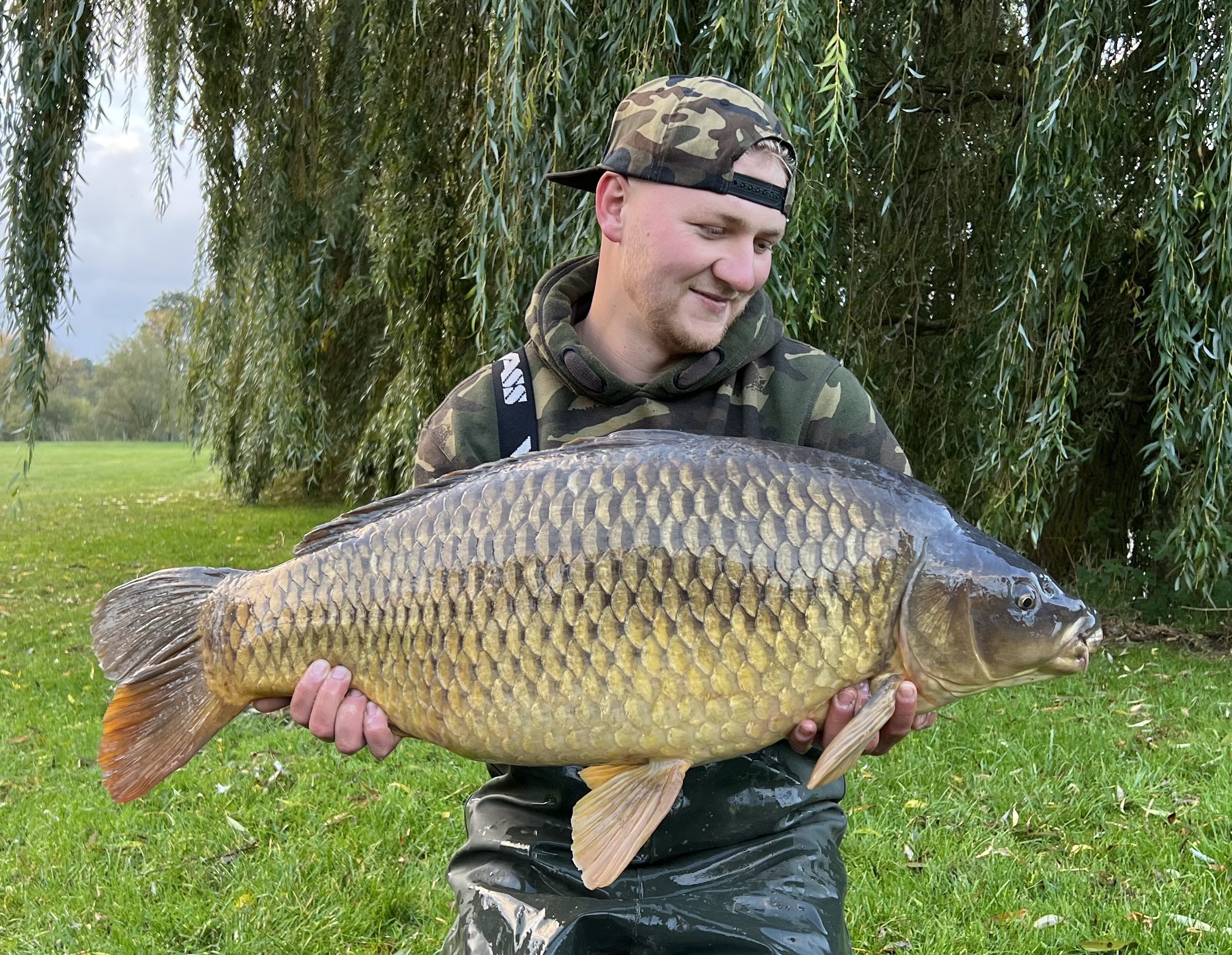 After kicking off his session on Kingy, Nathan bagged himself a pristine PB-breaking 31lb 8oz common on the opening morning, before dropping on Farlows on the way home to up that personal best by another 4oz with a common of 31lb 4oz.

“Upon arrival at Kingfisher Lake, I jumped in a swim called Catch Me If You Can,” said Nathan.

“After talking to a few lads and finding out that the area had done a couple of bites, I leaded about for about half an hour before I found a lovely clay spot. I sent two rods out to the middle on a clear spot and dropped the right-hander on to the clay spot, using a solid bag of Crayfish Mini Mix pellets and Krill Meal.

“The right-hander pulled up at first light with a brand-new PB common for me, a pristine fish of 31lb 8oz that fought like a demon.”

After a few nights without a bite on Kingy, Nathan decided to drop on to Farlows for a night on the way home.

He said: “I fished on a spot over the back of a gravel bar which I baited heavily with SLK pellets and maggots, offering three D-rigs baited with PB wafters tipped with maggots over the top.

“The night was quiet, but the next morning I managed to land two 30lb-plus commons, one of which was 31lb 12oz, making it another new PB common, my second in a week!” 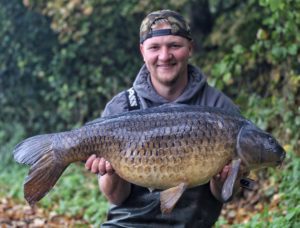 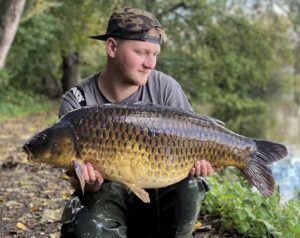