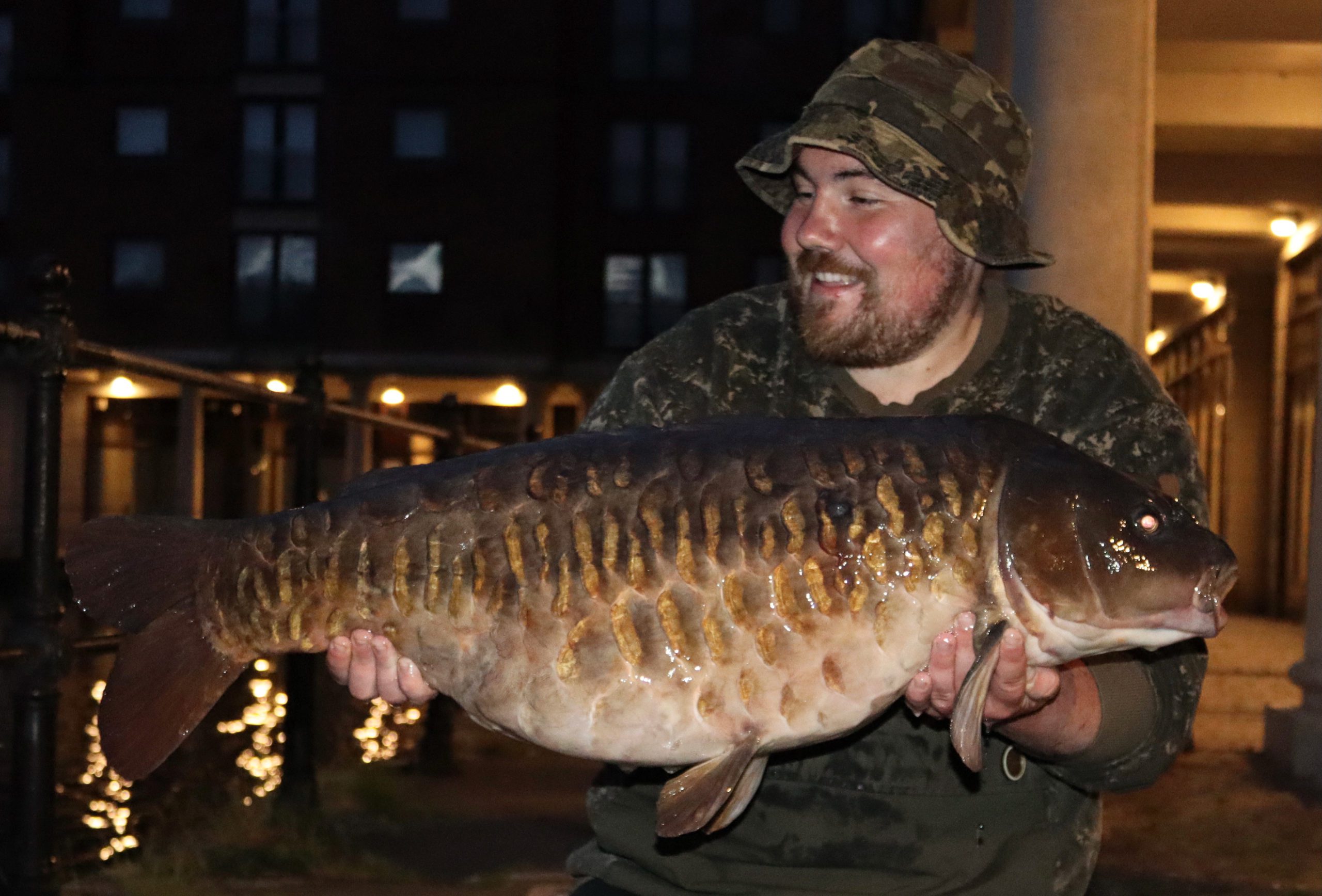 Ryan White’s rich vein of form this spring has reached new heights, after he landed one of the best carp in Wales, the Wharf’s stunning Big Fully!

The 32lb 4oz Big Fully was one of nine fish landed by Ryan during a three-night session on the urban Cardiff venue and was backed up by a 30lb common.

“I’m lost for words with this one,” admitted Ryan. “The Wharf’s Big Fully and arguably one of Wales’ best carp.”