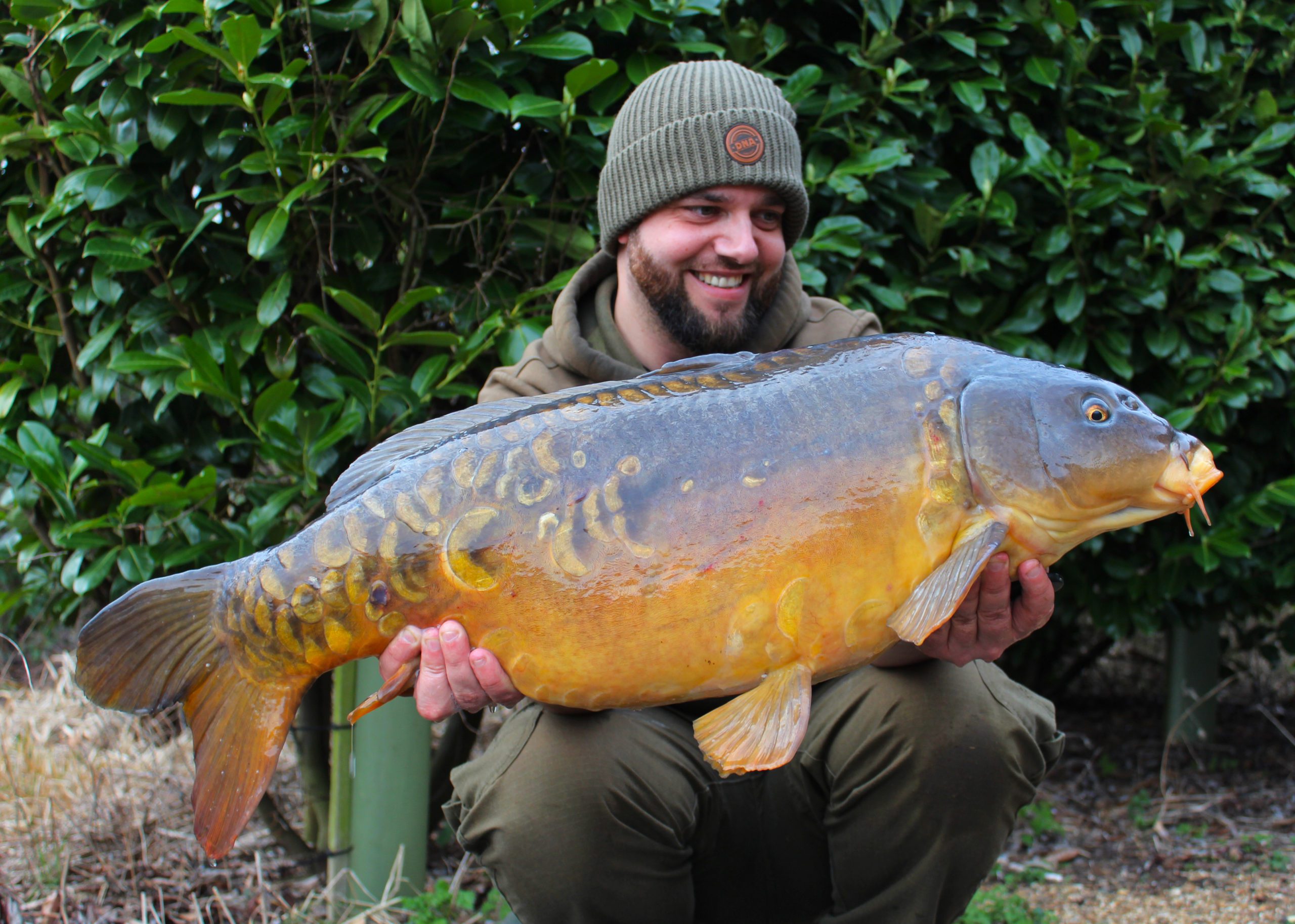 Byron Brown demonstrated a multi-tasking masterclass during a recent day session, landing a cracking 27lb mirror whilst also trying to conduct a conference call with work!

“The Bug is still doing the business,” said a very happy Byron.

“I got down last week for a cheeky overnighter and was lucky enough to get two takes off the same area, but unfortunately the hook pulled on both! I’d not had any issues previously with this rig and put it down to the direction the carp were coming on to my baited area, so I made sure to bait up with some more Bug before leaving.

“I got back a few days later but only for a day session whilst still having to work from the laptop and phone. I started off at the opposite end of the lake fishing for liners, as it had been a week since I’d last been and I’d seen nothing since arriving. After an hour or so with no liners, I moved to the centre section of the lake again for only any hour or two, but again had no liners. With that I’d managed to rule out two-thirds of the lake and found myself back in my baited swim, but this time I changed the line angle to the spot.

“After positioning the baits, I got to work. Whilst on a conference call, I had a take on the right-hand rod which saw me fumbling towards the lake with my laptop in hand and headset on trying to mute my microphone so everyone on the call couldn’t hear my struggle! I knelt down at the pod, rod in hand trying to multi-task, which I actually managed (who said men can’t multi-task?). I managed to end the call and concentrate on the fight, which resulted in the capture of a lovely 27lb mirror.” 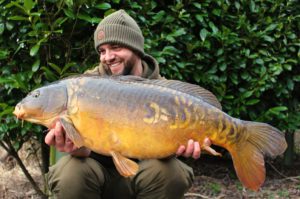