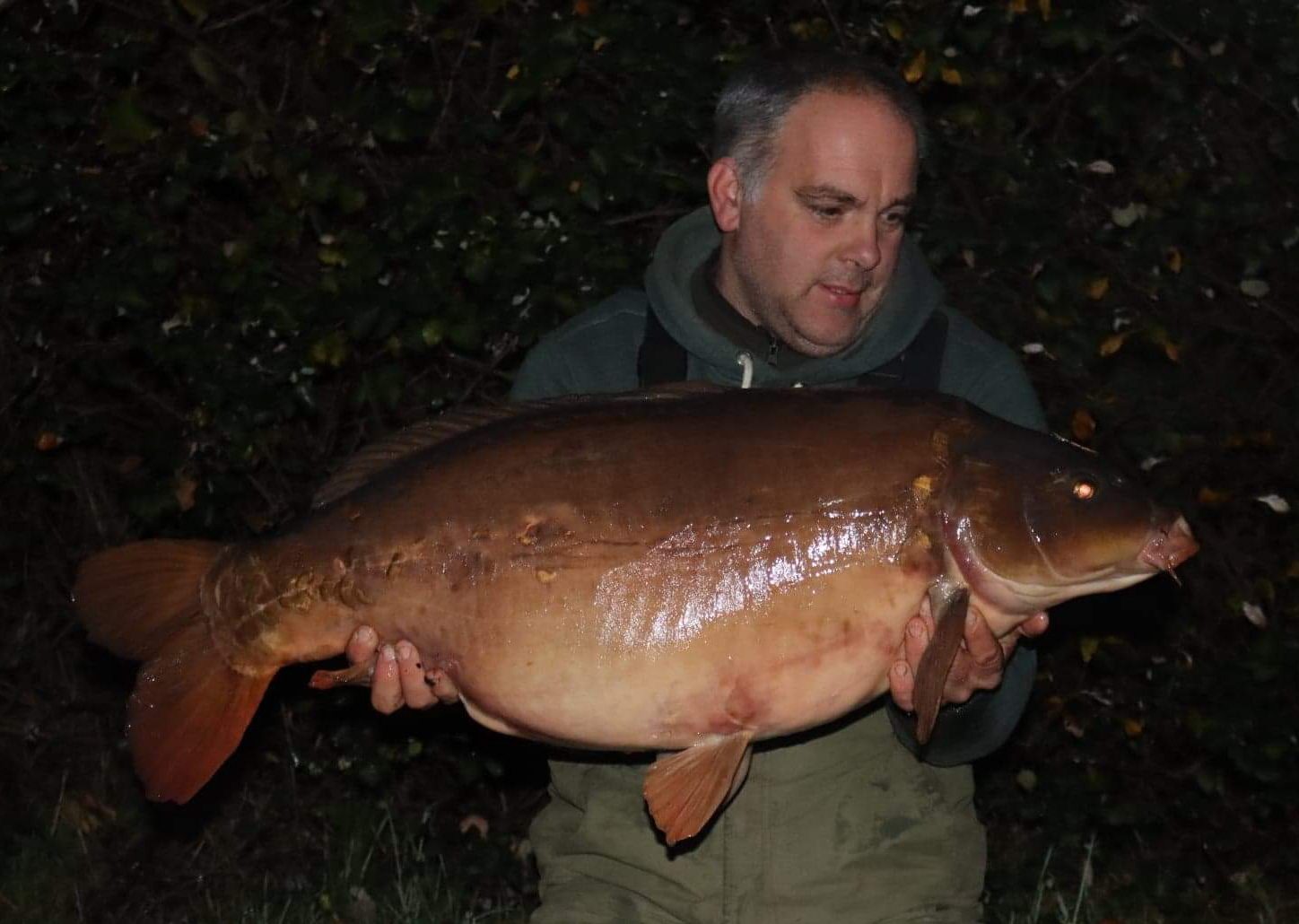 Winter campaign on S7 kicks off with PB!

Andrew Sanders is planning to do his first-ever winter on Secret 7 and it has already brought him a new personal best!

The 43-year-old from Wiltshire was doing an overnighter on a southern pit when he hit into something very heavy which had picked up his Secret 7 wafter fished in silt at approximately 40 yards. Upon sliding the net under it, Andrew could see he had something a bit special, and so it turned out to be, a 38lb 2oz mirror and a new PB.